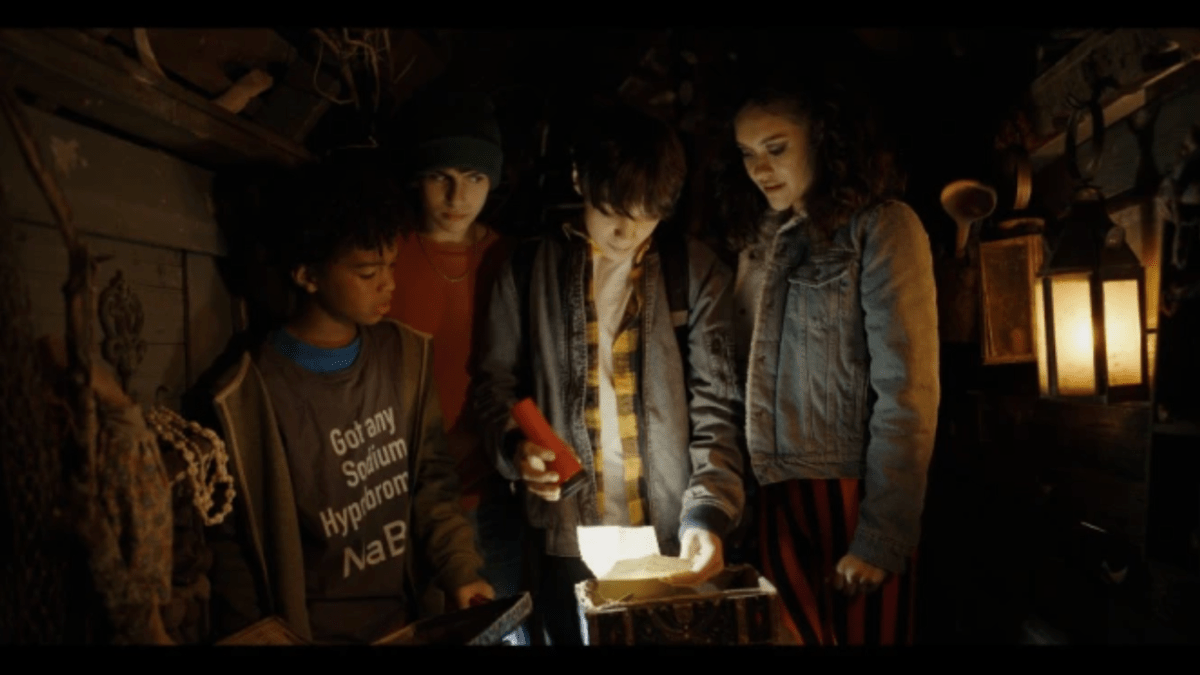 Spirit Halloween is taking over more than just that abandoned strip mall in your town.

The costume and decorations retail shop, known for popping up around the United States ahead of Halloween, is also finding its way onto the small screen. That’s right, “Spirit Halloween: The Movie” is arriving on-demand just in time for spooky season.

“When a Spirit Halloween Store opens in a deserted strip mall, three middle school friends who think they’ve outgrown trick or treating make a dare to spend the night locked inside the store Halloween night,” the film’s description teases. “But they soon find out that the store is haunted by an angry evil spirit who has possessed the creepy animatronic characters. The kids will need to embark on a thrilling and spooky adventure in order to survive the night and avoid becoming possessed themselves.”

If possession films aren’t for you, then you may want to take a pass on “Spirit Halloween: The Movie.” Because the new trailer shows creepy dolls, killer teddy bears and someone’s girlfriend all getting controlled by, you guessed it, a spirit.

So, who is starring in this campy new movie? Not only does the film star “Josie and the Pussycats” star Rachael Leigh Cook and “Back to the Future” legend Christopher Lloyd, but it also introduces newcomers Donovan Colvan, Marissa Reyes, Jaiden J. Smith and Dylan Martin Frankel.

“Ozark” actor Brad Carter and “The Jeffersons” actress Marla Gibbs are also a part of the cast.

For a peek at the spooky fun to come, watch the trailer above.