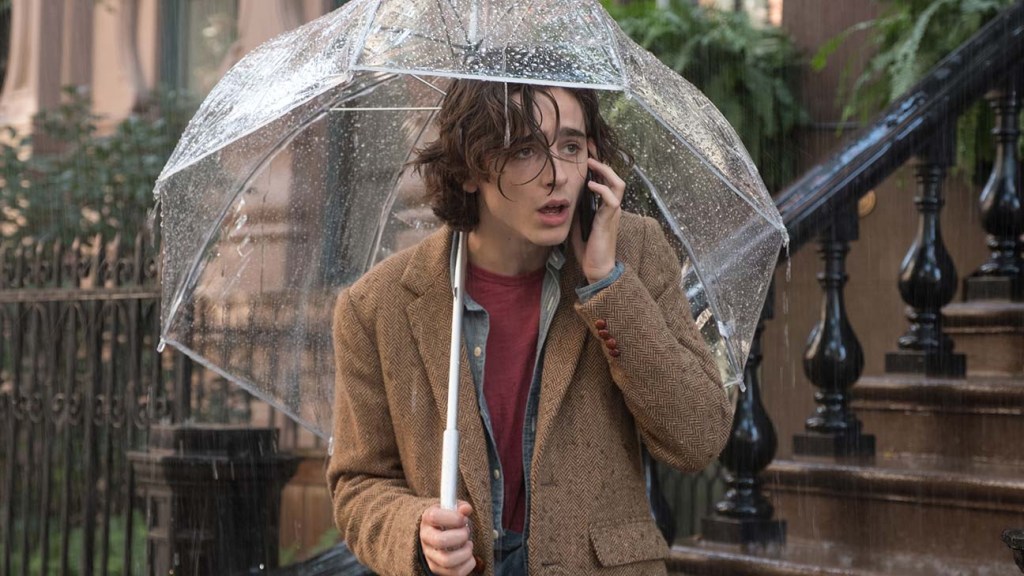 Sony’s Spider-Man: No Way Home, Hollywood’s biggest blockbuster of 2021 with $1.63 billion at the global box office and counting, still has not been granted a release date in China, where filmgoers generally turn out for Marvel movies in droves.

The superhero tentpole’s lack of a release is something of a mystery, although many analysts have speculated that Beijing may be trying to ween its populace off U.S. storytelling amid persistently fraught diplomatic relations with Washington.

Meanwhile, word emerged Thursday that Woody Allen’s troubled, three-year-old romantic comedy A Rainy Day in New York, of all movies, has been granted an official China release on Feb. 25.

The film was finished way back in 2018, but distributor Amazon Studios pulled the plug on its release in the wake of the #MeToo movement and the revived controversy surrounding sexual abuse allegations from the director’s adoptive daughter Dylan Farrow. The movie was eventually quietly released internationally in the summer of 2019, first in Poland, and then elsewhere in Europe, South America and Asia.

A Rainy Day in New York was savaged by critics, scoring a 47 percent fresh rating on Rotten Tomatoes and 38 percent on Metacritic. Still, it managed to earn $22 million internationally, led by France with $4.2 million.

Chalamet, who was generally praised as a rare bright spot in the film, later expressed his discomfort over having worked with Allen despite the allegations by donating his entire salary to charity.

Eventually, A Rainy Day in New York did get a limited U.S. release — in Fall 2020 amid the pandemic. It couldn’t have flopped harder, however. The movie opened in six specialty theaters on Oct. 9, 2020 and sold approximately 300 tickets, totaling just $2,744.

The film is likely to remain a niche offering in China, where Allen’s classic work from decades ago can hardly be said to be widely known among the general movie-going public. Several of his more recent titles, such as Midnight in Paris (2011) and To Rome with Love (2012) screened at the Shanghai International Film Festival, but A Rainy Day in New York will be the 86-year-old director’s first full theatrical release in China.