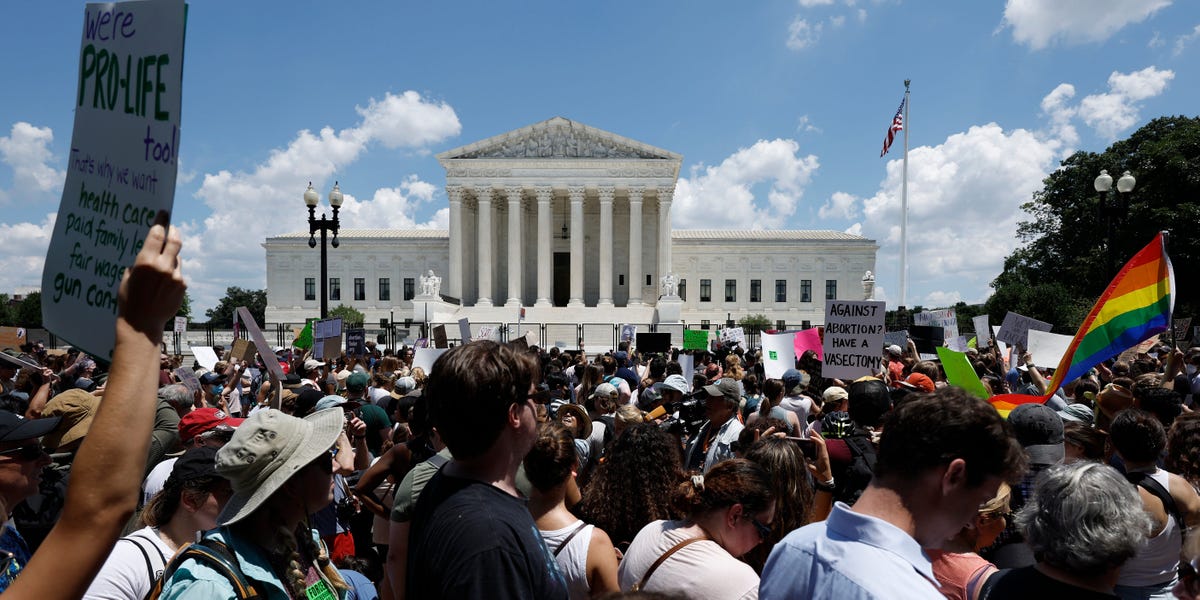 The Supreme Court last week overturned the 1973 landmark Roe v. Wade ruling that established the constitutional right to an abortion.

The opinion in the case Dobbs v. Jackson Women’s Health Organization threw out the ruling as the nation’s highest court sided with Mississippi and other states, which passed restrictive anti-abortion laws.

Immediately after last week’s ruling, politicians on both sides of the aisle issued statements — with Republicans praising the Supreme Court and Democrats slamming the decision.

Over a dozen states have “trigger laws” meant to ban abortion immediately upon the overturning of Roe, as the legality of abortion is now left up to state legislatures.