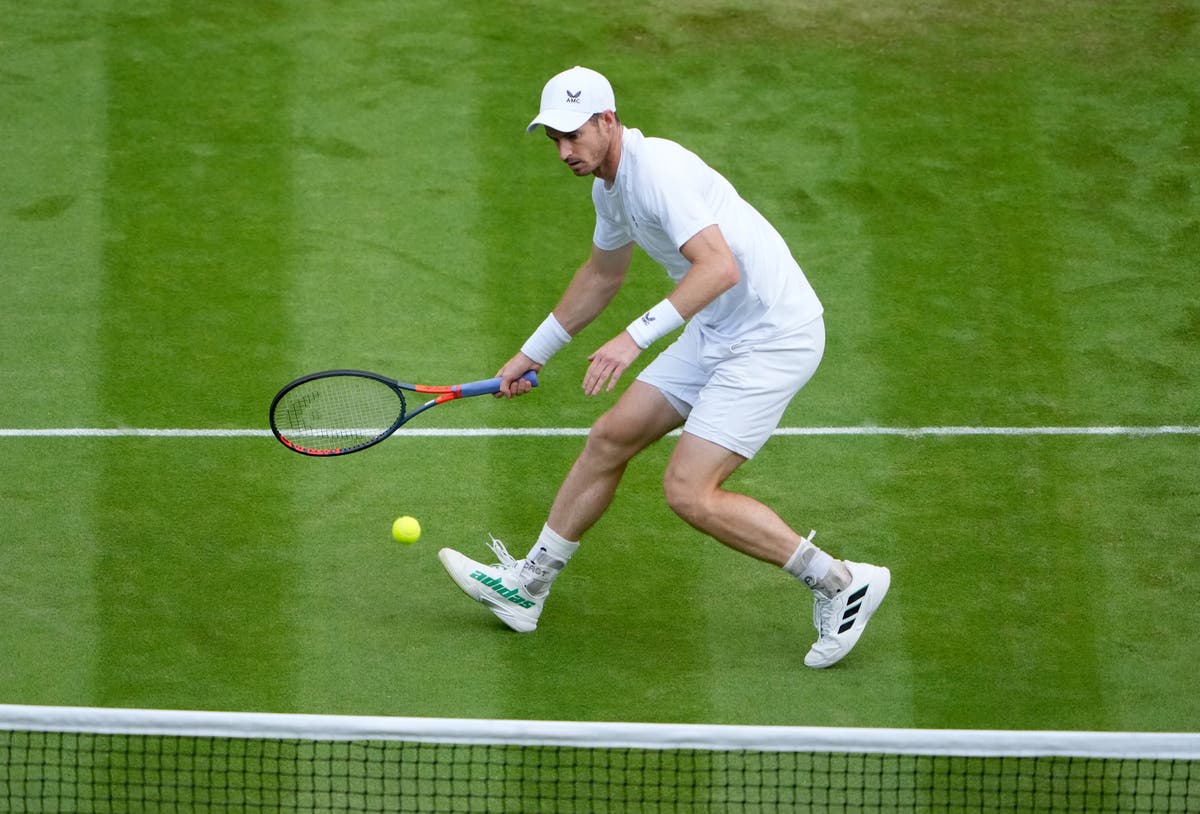 Tennis fans at Wimbledon have said they are saddened, disappointed and frustrated by Sir Andy Murray’s loss after a hard-fought match on day three.

The two-time Wimbledon winner crashed out of The Championships on Wednesday evening after losing to the US’ John Isner.

During the game, Murray was seen covering his face in despair and bowing his head towards the ground after losing a point.

Centre Court spectators echoed his emotions in the moments after the match, attributing his loss to Isner’s strong serve and speculating that it could lead to lower attendance figures in the coming days.

Lucy Morrison, 48, a housewife from East Sheen in nearby SW14, told the PA news agency: “It’s just so devastating, always, he had this in the palm of his hands until he meets someone like that, you can’t beat that serve.

“When you see that guy’s serve, you get to the tie break, you’re never going to beat him on a tie break.

Speaking about team GB’s performance overall, Ms Morrison added: “We thought we had the best line-up – we did, but we’ve just seen two Brits go out, which is really sad.

“We’ve got to set our sights on the up-and-coming newbies.”

Ms Morrison noted that there were “still seats available” even in the Centre Court game.

Richard Evans, 32, from Peckham, south-east London watched on the court with his girlfriend, and said after the downfall of some major British names Wimbledon officials are “going to struggle to get people here”.

“I thought it was always going to be a tough match, so it’s unfortunate.

“Today’s not been great for the Brits at all, I think Wimbledon are going to struggle to get people here now.”

“Norrie got through today and he’s a great player,” he added.

“Maybe it’s time for some new players to do well.”

Murray fan Lynne Lanyon, 71, a nurse from Plymouth, south-west England, said she was disappointed by his loss but “enjoyed every minute” of the match.

Ms Lanyon, who was watching with her daughter Amy, said: “I wish Andy had won, but it was a hard match to win against such a big server, but you cannot deny Andy’s determination, unbelievable.

“So much emotion, it’s great.”

When asked what her emotions were on seeing him lose, she said: “Disappointment but it was such a good match.

“We really enjoyed every minute.”

Amy Lanyon, 35, an office manager also from Plymouth, added: “I thought he played really well but he lost the first two sets which was quite difficult.

“But the other guy was just so… his serves were amazing, his game was just on point, so I think it was hard for him to come back to.”

Dominique Sikora, 54, from Liege in Belgium, said even the foreign tennis fans felt Sir Andy’s anguish at the loss.

Mr Sikora, an estate agent, told PA: “I’m not British so for me, I was neutral.

“It was a great match and of course, I’m sad for Andy Murray because he’s a fantastic player, one of the best of the world, of all time, but John Isner made an incredible match with his biggest serve ever too.

“So what can Andy Murray do with this?

He added that he was “a little bit surprised” about the early knockouts of Serena Williams, Murray and Raducanu but highlighted the US player’s age and the injuries beleaguering the British stars.