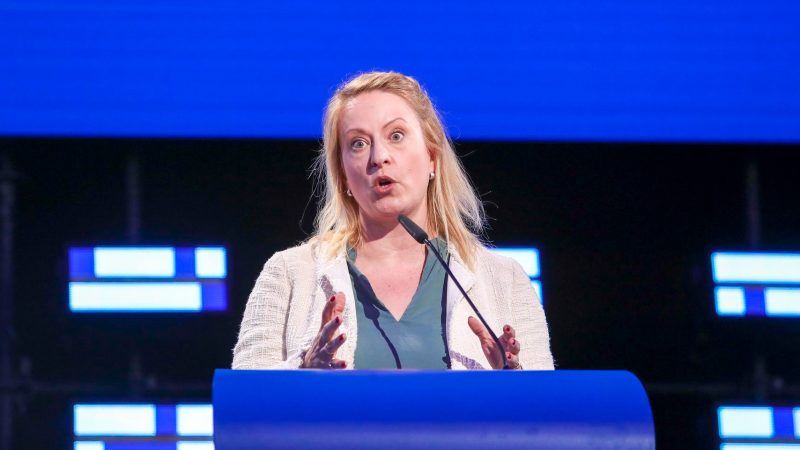 Lawmakers from across the political spectrum voiced support for a new EU fund to shield poor households from the impact of the green transition, although views diverge on where the money should come from and where it should go.

The European Commission tabled its social climate fund in July last year as a way to compensate households impacted by a proposed new carbon price on road transport and heating fuels.

While lawmakers are split over the need to introduce a new carbon market for transport and buildings, there is widespread support for the creation of a fund to help Europe’s most vulnerable during the green transition.

“This is about climate change, but also about people,” said Dragoș Pîslaru, the chair of the Parliament’s employment committee, who spoke on Thursday (10 February) during a joint session with the environment committee.

The European Parliament’s two lead lawmakers on the fund are Esther de Lange (Netherlands) and David Casa (Malta), both from the centre-right European People’s Party (EPP).

They believe the Commission’s proposal is good, but needs to be strengthened to ensure every euro “lands with the right people”, de Lange said.

There is already agreement within Parliament on some aspects of the proposal. For instance, an amendment to limit direct income support to 25% of the fund and focus more on long term solutions, like renovation, is supported by other political groups, according to de Lange.

However, other areas, like the fund’s link to the controversial carbon market for road transport and buildings, remain contentious.

Those in the EPP are strongly supportive of the idea. “Carbon pricing is crucial” to reduce emissions in road transport and buildings, said German lawmaker Peter Liese last month.

But others are less convinced, saying the social climate fund should be separated from plans to create a new Emissions Trading Scheme for transport and buildings. According to the Commission’s proposal, the second ETS would initially be kept separate from the current carbon market, which covers emissions from industry and the power sector.

Petar Vitanov, a left-wing Socialists and Democrat (S&D) lawmaker from Bulgaria, also questioned whether it is possible to have a social climate fund without ETS II.

His Hungarian colleague Klára Dobrev argued that Europe needs a social climate fund regardless of the new carbon market and criticised previous pledges from Brussels to promote a just transition, saying these were “empty sentences” with little money behind them.

But de Lange warned that, while linking the fund to a new carbon market is controversial, finding an alternate source of financing for such a fund would be very difficult.

At a meeting in Brussels on Monday (20 December), EU environment ministers criticised the European Commission’s proposal for a social climate fund that would support vulnerable households through the energy transition. Their motives, however, diverged widely.

100% of revenues to citizens

One thing that unites lawmakers is the need for all revenues coming from the new carbon market to be returned to EU citizens. Under the European Commission’s proposal, only 25% of the expected revenue would go towards the social climate fund.

Across the political spectrum, Liese agreed, saying, “All money needs to go back to citizens … it must be very clear that no money is used for any other purpose.”

But the European Commission sees it differently. Under the plans put forward by the EU executive, part of the revenues from the carbon market will be returned directly to the EU budget. This will contribute to the EU’s so-called “own resources” and prevent member states from contributing more money to Europe from their national budgets.

“If there’s no extension of the ETS, which brings fresh money to the budget, there will be no new own resources,” said Andreas Schwarz, an EU official working at the European Commission’s budget directorate.

“And if there are no new own resources, there will be no agreement in Council on the financing of the social climate fund,” he warned lawmakers.

But de Lange criticised this approach. While it is important to have own resources and repay things like the COVID recovery fund, the European Commission should look elsewhere, she said.

There are still concerns though that the new fund will not be big enough to support Europe’s most vulnerable through the green transition.

“The money going to the fund is nowhere near enough to eradicate transport and energy poverty,” said Bloss, adding that a CO2 price of €100 per tonne would increase consumer bills by around 25% on average.

The argument was echoed by those on the other side of the Parliament. Andrey Slavakov, a lawmaker from the European Conservatives and Reformists (ECR) group, warned that a country like Bulgaria would not be able to keep up with the building renovation rate required to meet the EU’s climate goals.

“The idea here is that we all have an equal start as far as our buildings are concerned, our transport systems are concerned and our energy poverty is concerned,” he said.

“This is not true. In Bulgaria, buildings are totally incompatible with the EU renovation goals. The percentage of old buildings in Bulgaria is huge,” he stressed.