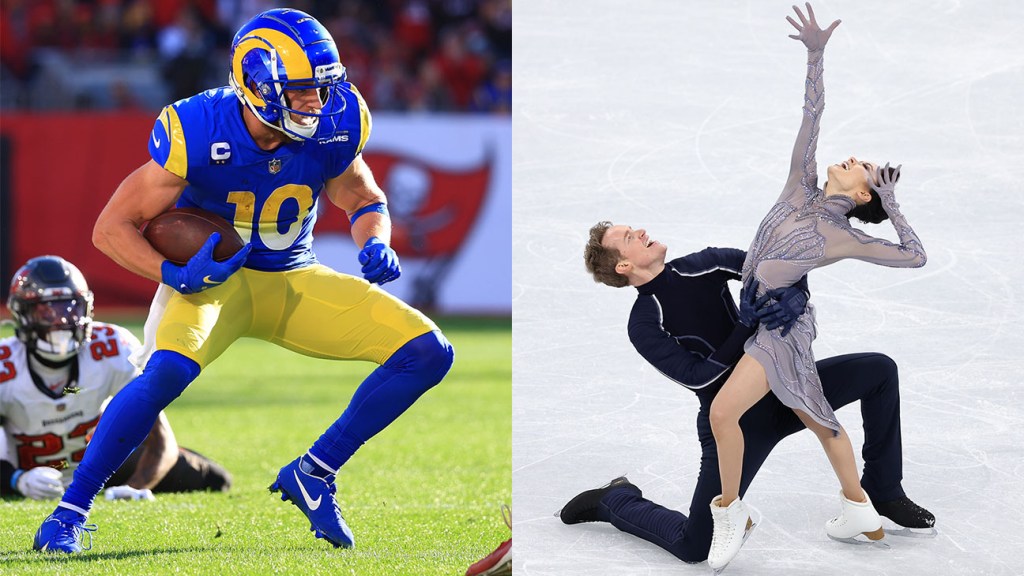 Sometime after its first decade deciding the NFL championship — and drawing increasingly large TV audiences — the Super Bowl became network TV’s ultimate lead-in. The game, which most of its life has been the single most watched program of the year, has helped launch a few long-running series and provided outsized spotlights for shows that were already hits.

That won’t be the case this year, however. NBC will move from the Super Bowl to its primetime Winter Olympics coverage on Sunday — marking the first time in 30 years that something other than an entertainment program has followed the game.

The programming move stems in part from NBCUniversal’s desire to have both the Olympics and the Super Bowl on its air (and its streaming service, Peacock) in the same month — so much so that in 2019, NBC swapped spots with CBS in the usual three-network Super Bowl rotation. NBC last had the broadcast in 2018 (another Winter Olympics year) and would have been due up again in 2021 after CBS and Fox aired the Super Bowl in 2019 and ’20. Instead, NBC switched places with CBS in order to double up with the Olympics.

The lengthening of the NFL season — the league added a 17th regular season game this year — also puts the Super Bowl squarely in the middle of the Olympics. NBC is foregoing its daytime Olympic broadcast Sunday for a five-hour Super Bowl pregame, but after the game and trophy presentation to the winning team, the network will pick up live coverage from Beijing for an hour or so, let affiliates break for local news and then offer up 90 more minutes of Olympic events in late night.

(It’s possible NBC would have adopted this strategy even if the NFL had stuck with a 16-game season, which would have put the Super Bowl on Feb. 6 — still three days into the Olympics.)

Sunday will be the first time since 1992 that an entertainment program hasn’t followed the Super Bowl. Following Super Bowl XXVI that year, CBS aired an abbreviated version of 60 Minutes that consisted of an interview with then presidential candidate Bill Clinton and Hillary Clinton — a segment that came together at the last minute and in which the couple addressed allegations that he had an extramarital affair.

The interview and a 48 Hours installment that filled out the rest of the evening averaged 24.8 million viewers for CBS. A year later, NBC debuted Homicide: Life on the Street, starting a 29-year run in which an entertainment show got the showcase spot.

Following the Super Bowl with another sports telecast hasn’t happened in 46 years. For its first decade, the Super Bowl was an afternoon game, starting no later than 4:15 p.m. ET. Twice in that time — in 1971 on NBC and in 1976 on CBS — the networks went from the game to coverage of a golf tournament, which filled the time between the end of the game and primetime. The game moved into primetime in 1977, and all but three Super Bowls since then have been followed by entertainment programming. The three exceptions are all editions of 60 Minutes, in 1980, 1982 and 1992.

NBC has obligations to show the Olympics in primetime, which is undoubtedly the biggest driver of the scheduling decision. But it’s unlikely even if the network did put an episode of, say, Chicago Fire or This Is Us after the game that it would have much lasting effect on ratings.

It’s been a decade since any post-Super Bowl show had any sustained ratings momentum from airing after the game. When season two of The Voice premiered in 2012, it drew a series high 37.6 million viewers and kept ahead of its season one average in adults 18-49 for eight weeks. Since then, however, every show to get the slot returned to its usual level right after, and two of the three series debuts (24: Legacy in 2017 and The World’s Best in 2019) were canceled after their first seasons.

Whether a big audience sticks around after football to watch bobsled and ice dancing remains to be seen. But even if people do keep watching Sunday, it’s unlikely to have a halo effect on the rest of the Olympics.