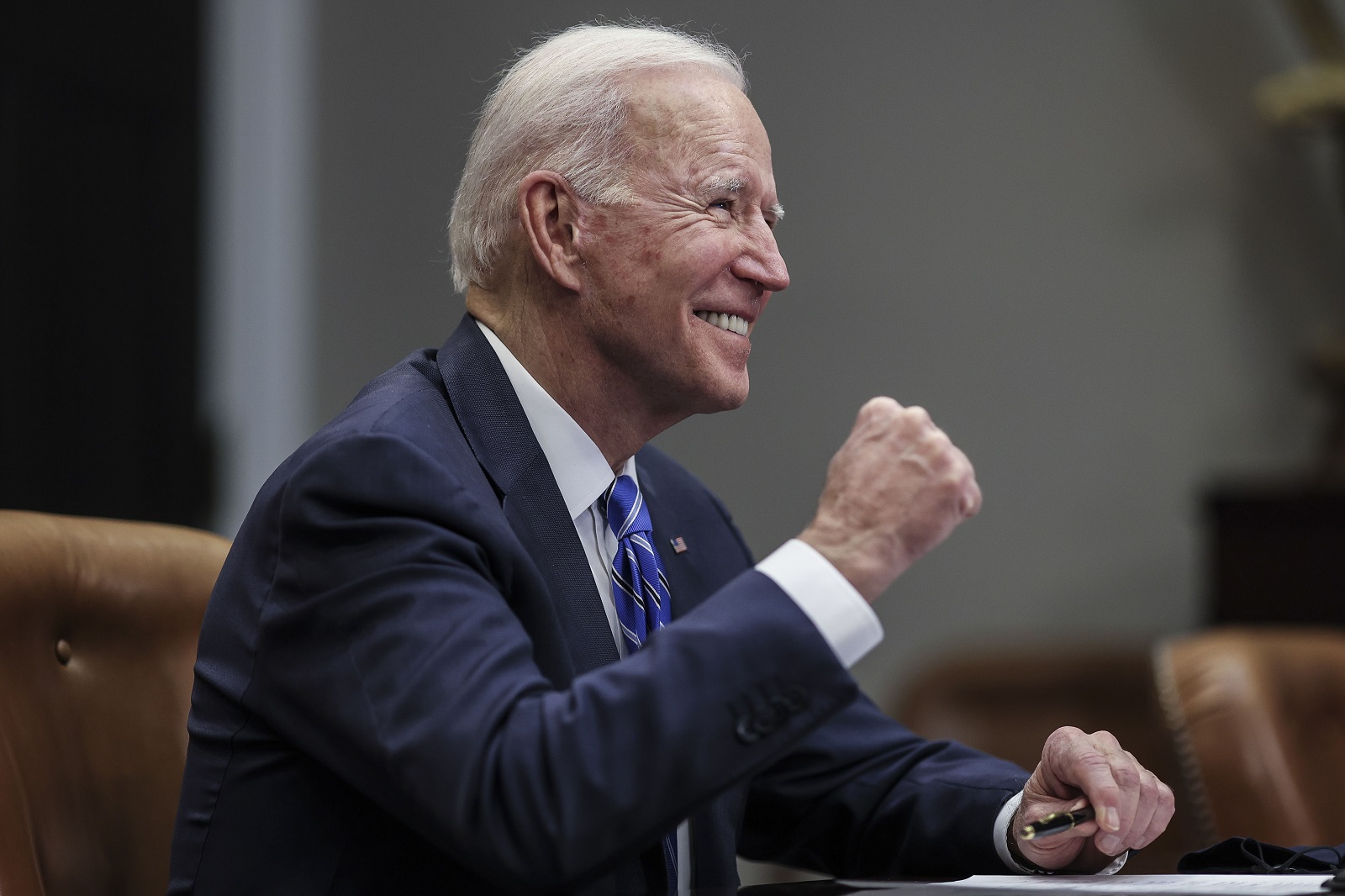 Spend enough time scrolling through Twitter, and you’ll eventually come across it. A simple, three-word exhortation — Let’s go, Brandon! — that started spreading like wildfire across social media in October of 2021.

Even famous people appeared to have adopted this practice. Republican Congressman from South Carolina, Rep. Jeff Duncan, also wore a mask on the House floor with the statement inscribed. Texas Sen. Ted Cruz acknowledged that it was among the funniest things he had ever witnessed.

We’ll break down the backstory below.

It’s best to think about this catchphrase within the context of some larger political forces at work. For example, Joe Biden’s approval rating just hit one of the lowest levels of his presidency. Inflation is soaring, high gas prices are frustrating cash-strapped consumers, and some Democrats have started whispering about whether President Joe Biden should even be the candidate the party runs in 2024.

Here’s a segment from CNN decrying a so-called “geriatric oligarchy” in control of the US government.

For anyone interested in how the “Let’s Go, Brandon!” online movement got started, the video from the NASCAR race behind this whole thing is embedded below. The Brandon Brown interview was nothing less than spectacular, and here’s why.

The genesis was a race in October at the Talladega Superspeedway in Alabama. Brandon Brown had just won a NASCAR race. At one point during an interview with Brown afterward, Sportscaster Kelli Stavast commented on how the crowd seemed to be chanting in his honor: “Let’s go, Brandon!”

Unfortunately, that’s not actually what they were chanting. Maybe you could call it fake news. The crowd was very clearly addressing President Joe Biden, not Brandon. Only, with an f-bomb in front of his name instead of “Let’s go!”

Whether the reporter in that clip made a mistake when listening to the crowd’s chants or not is kind of irrelevant. Conservatives already feel like the mainstream media is stacked against them. And here, a reporter tells people something that contradicts what they could clearly hear with their own ears.

Former President, Donald Trump‘s supporters jumped on this opportunity with all of the anti-Biden sentiment around.

The phrase was all over social media again a few months ago, with the news that Southwest Airlines was canceling tons of flights (leading to suspicion that Biden’s vaccine mandate was somehow to blame). Even congressmen and the NRA, certainly no fans of the president, have gotten in on the act and promoted the phrase on social media. Consequently, the phrase then spilled over into pop culture.

Along those lines, there’ve been at least two songs with “Let’s Go, Brandon” in the title that went on to top the iTunes charts.

One reason “Let’s Go, Brandon!” is more than just a straightforward catchphrase has to do with the Biden economy.

One of the crises that was unfolding at the time, when the phrase first caught fire, was a supply chain meltdown. Inflation is soaring, and the US has reeled from shortages of important consumer products, like baby formula. President Biden and his administration have tried to downplay much of it — which, to conservatives, has reeked of the same “Who are you going to believe? Me, or your lying eyes?” defense that characterized the original “Let’s go, Brandon!” TV moment.

Biden, meanwhile, also closed out his first year in office by finding himself almost as unpopular as former President Trump. Along these lines, The Economist ran a piece with the headline: “No one loves Joe Biden.”

“Americans elected the president to get rid of his predecessor,” the piece continued. “They’re not sure what else he can do.”

The phrase has continued to show up in all kinds of surprising places.

A Southwest Airlines pilot made news for declaring “Let’s Go, Brandon” from the cockpit, over the intercom, during an announcement to passengers.

There have also been chart-topping hip-hop songs with, you guessed it, “Let’s Go, Brandon” in the title. One of the songs, by rapper Loza Alexander, first went viral on TikTok.

Another is from rapper Bryson Gray, whose song shot to #1 on iTunes, all on this topic of President Joe Biden compared to former President Donald Trump.

Who is Brandon Brown?

Brandon Brown, a 28-year-old professional NASCAR driver, is the center of it. Brandon drives the No. 68 Chevrolet Camaro for Brandonbilt Motorsports.

He first joined the Xfinity Series in 2016, starting as a part-time racecar driver, and shifted to a full-time position in the 2019-2020 season. Brandon Brown won his first Xfinity Series race on October 2, 2021, at the famous Talladega Superspeedway.

Luckily, in his attempt to change the narrative behind the slogan that was used to insult President Joe Biden, Brandon Brown was able to find a new meaning to it.

Without knowing the political meaning behind the phrase, the innocent boy had sweetly thought the signs were meant to encourage him. As a result of this occurrence, he began to attempt activities he never had before.

What is the song let’s go Brandon about?

How old is Joe Biden?

Where is Loza Alexander from?

How old is Obama today?

Presently, the former president of the United States is 60 years old. He was born on 4th August 1961.

How old is Trump now?

Former President Donald Trump is 76 years old and was born on 14th June 1946.

How old is Hillary Clinton?

Who was the youngest president of the United States?

Followed by the assassination of President McKinley, Theodore Roosevelt became the youngest president in the history of the nation. At aboutp the age of 43, the young president brought new excitement and power to the Presidency. He did this by leading Congress and the American public toward progressive reforms and a vigorous foreign policy.

How old do you have to be to be President?