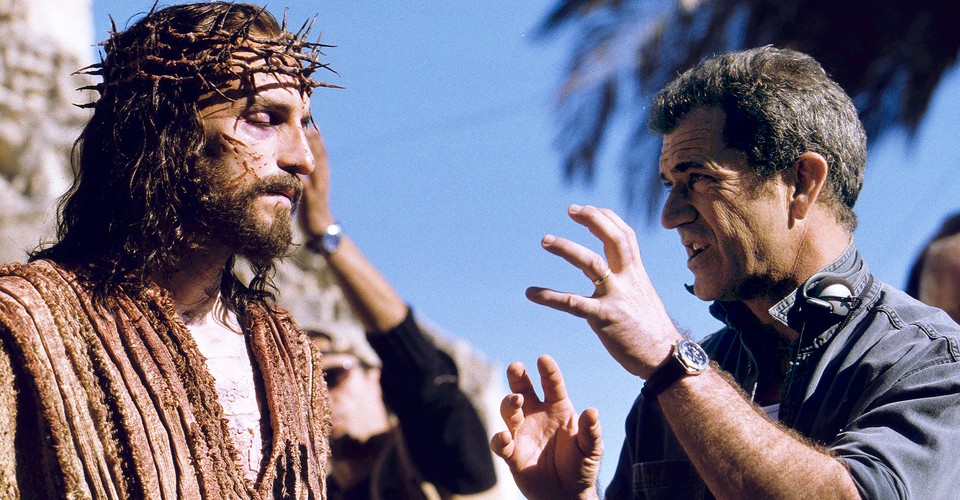 Every day, as dawn’s rosy fingers reach through my window, I arise and check in with Twitter, to see what fresh hell awaits. Generally, by about 6:30, I’ve been made furious by the outrage du jour. But recently, I experienced more of a sense of bemusement than ire, as I took in Deadline’s headline: “Mel Gibson in Talks to Direct Lethal Weapon 5.”

Gibson is a well-known Jew-hater (anti-Semite is too mild). His prejudices are well documented. So my question is, what does a guy have to do these days to get put on Hollywood’s no-fly list? I’m a character actor. I tend to take the jobs that come my way. But—and this hurts to write—you couldn’t pay me enough to work with Mel Gibson.

Now, I love the Lethal Weapon movies (at least the first few). And Danny Glover’s a gem. But Gibson? Yes, he’s a talented man. Many horrible people produce wonderful art. Put me down as an ardent fan of Roald Dahl, Pablo Picasso, and Edith Wharton; can’t get enough of what they’re selling. But these three had the good taste to die. That makes it a lot easier to enjoy their output. Gibson lives. And Tinseltown need not employ him further.

If Gibson is welcomed back to direct the latest installment of this beloved franchise, it may be time to stop publishing think pieces about the power of “cancel culture.” Because if he can continue to find big bucks and approbation in Hollywood, cancel culture simply does not exist.

Gibson’s political beliefs are—as my father would say—somewhere to the right of Ramses (check out YouTube to see Gibson saluting Donald Trump at a UFC fight). He has said sexist things and yelled racist slurs, and that should have been enough for liberal Hollywood to cut him off. But his reported anti-Semitism has been more consistent, more open, and more egregious.

Read: Mel Gibson is not sorry

The fact that this doesn’t seem to bother Warner Bros. executives makes me wonder if, to them, “Jews don’t count”—as the comic David Baddiel posits in his book of the same name. Baddiel, a British Jew, argues that “polite” society treats anti-Semitism as a semi-acceptable form of prejudice. And most maddening and confusing is that the anti-racist, progressive left often seems to tolerate and, at times, produce it. It breaks my heart to ponder how many Jews must have been part of the process that led to Warner Bros.’ announcement.

This might feel like a smaller matter if it didn’t come at a moment when members of my tribe feel the walls closing in again. Jews were the victims in more than 50 percent of religious-based hate crimes last year. In recent years, we’ve witnessed the Tree of Life massacre in Pittsburgh, the murder at the Chabad of Poway synagogue in California, Jewish students harassed on college campuses, European anti-Semitism on the rise—these are the headlines that make us feel unsafe. Is this really the time to glorify a man like Mel Gibson?

Yes, he has denied some of the stories of his anti-Semitism, like the time Winona Ryder said he asked her if she was an “oven dodger” at a party. Color me unconvinced. This is the man who directed and co-wrote The Passion of the Christ, a film that, in addition to earning Rotten Tomatoes’ highest audience score for a film in Aramaic (as of this writing), is also a gleeful attack on my people, portraying Jews as eager Christ-killers, a libel that has been used as an excuse to torment and murder Jews for two millennia.

Don’t agree with my take on the film? Okay, let’s look at Gibson’s arrest record.

In 2006, a fershnikit Gibson was pulled over on Malibu’s Pacific Coast Highway and detained for drunk driving. In the back of the police car, Gibson reportedly went on an anti-Semitic tirade, prompted by his (correct) suspicion that his arresting officer was Jewish. “Fucking Jews,” Gibson said. “The Jews are responsible for all the wars in the world.” Gibson later claimed that, under the influence of alcohol, he had said things he didn’t actually believe, but, seriously, in vino veritas—I myself once stood up at Nobu after a bit too much sake and announced, “I wish I were taller!”

If the police report doesn’t move you, let’s go to the tape.

In 2010, recordings of voicemails and phone calls between Gibson and his then-girlfriend (and mother of his child) Oksana Grigorieva were publicly released. I recognize that my argument that anti-Semitism is somehow singularly excusable is undermined by what these recordings show, which is that in addition to being a rabid anti-Semite, Gibson also has deep malice toward women and people of color in his heart. Lowlights include Gibson’s telling Grigorieva, “If you get raped by a pack of niggers, it’ll be your fault” and “Shut the fuck up! You should just fucking smile, and blow me! ’Cause I deserve it!”

You get the idea. Let me remind you also that Gibson pleaded “no contest” to a charge of domestic battery against Grigorieva in 2011.

How can Warner Bros. (a company founded by Jews) possibly consider hiring this man again? On its parent company’s website I found a very laudable “inclusion” policy. It reads, in part, “WarnerMedia is committed to diversity, equity and inclusion, as moral and business imperatives. It is essential that our workforce, content and creative partners reflect the diversity of our society and the world around us.”

Beautiful. Really. But may I humbly suggest that in addition to a robust inclusion policy, Warner Bros. needs an equally robust exclusion policy? How about “Don’t hire racist, anti-Semitic misogynists”? Free advice: Avoid this trifecta, Warner Bros. You want a triple threat? Don’t hire Mel Gibson; search for the next Donald O’Connor!

And it’s not just Warner Bros. that’s wearing moral blinders. Earlier this year it was announced that Gibson will star in a John Wick origin series for Starz and Lionsgate Television. How did this guy become such a hot ticket again? Is it just that memories of his hate speech have faded, while Hollywood’s recollection of his box-office pull remains?

It is inarguably true that the main targets of Gibson’s prejudice are the Jews, but what boggles my mind is that Hollywood is also overlooking his profound misogyny and forays into anti-Black racism. I wish anti-Jewish hatred alone were enough to get him cast into the wilderness, but, hey, if it has to be because of his other prejudices, I’m okay with that. Let him take the hundreds of millions he’s already earned in Hollywood and retire somewhere nice to contemplate his life choices. I hear the Judean Hills are lovely this time of year.

I write this knowing that it’s more likely to lead to a boycott by Warner Bros. of Joshua Malina than of Mel Gibson. But if that’s the result, so be it. I’ve had a nice career, baruch Hashem. It would be great if higher-profile executives, producers, and actors would also take a stand. Then I could believe in this cancel culture I keep reading so much about. And I could also believe that Jews do, in fact, count.