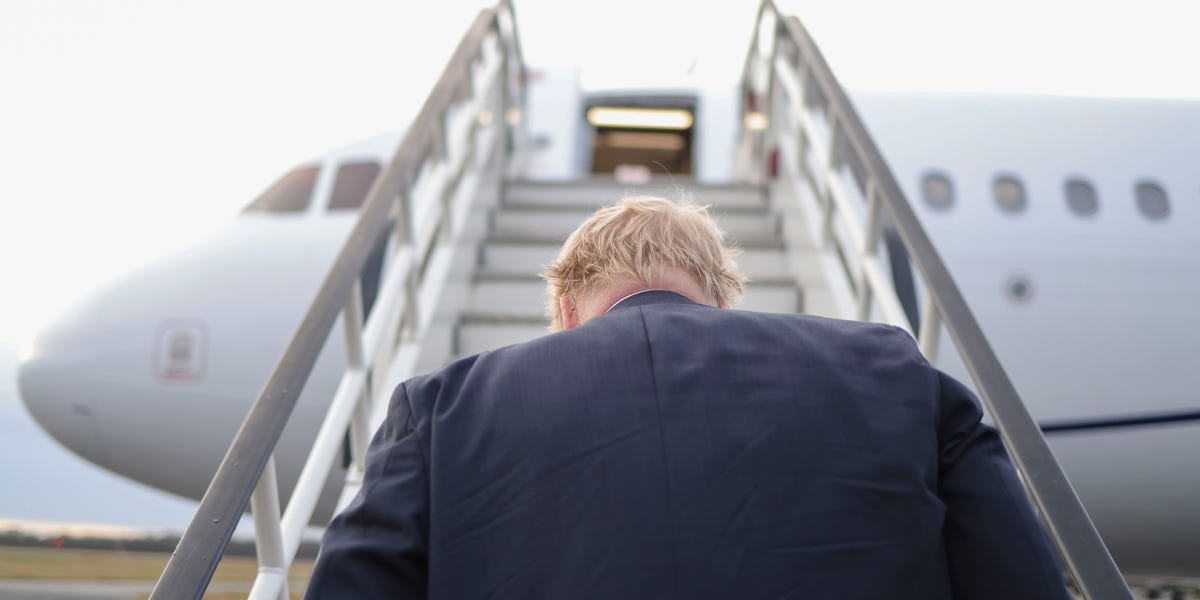 Boris Johnson has survived — at least for now.

Over the first six weeks of 2022, the prime minister has lurched from crisis to crisis, many of them self-imposed. But he’s managed to reach parliament’s half-term break having avoided the threshold of 54 no-confidence letters being reached.

That doesn’t mean MPs are happy. They left Westminster fractious and weary after a tumultuous period stretching back to Johnson’s ill-advised plan to “save” Owen Paterson from suspension following repeated breaches of lobbying rules.

In the main, they are at least content to wait for the police investigation and full Sue Gray report into partygate.

If Johnson is as exhausted as the rest of his party, he will no doubt be hoping for some rest and relaxation in the next few days.

But he must also use that time to return able to make good on his promises to reset the relationship with the rest of the Conservative Party.

‘What they would like is the incumbent to perform better’

“Those around him would also argue that it’s got to be consistent now, no more mistakes,” said one government insider, who spoke on the basis of anonymity. “There is a feeling there are no brownie points at the moment. He has nothing in the bank. It’s about earning that back.”

There has been a “subtle turnaround” in backbench mood, the source said — though he admitted that could “turn back” if Johnson missteps again.

“I think the political reality to colleagues is quite stark when they look around. Questions have been raised over the immediate and obvious rivals … and they are thinking, ‘can they rely on them?'”

“The parliamentary party has decided it’s not quite sure who that replacement would be, so what they would like is the incumbent to perform better,” the source said.

Johnson is renowned for performing best under pressure. It’s what makes him such an effective campaigner. The question is whether he can maintain focus for long enough to regain backbench confidence.

Having shaken up his Number 10 operation — an action prompted by the departure of Munira Mirza — and conducted a mini “he-shuffle” of mostly male ministers, it is possible that Johnson has the foundations to fully recover.

Tory MPs compared the prime minister’s current situation to his time as London mayor, when it was “just 18 months of chaos” before Johnson brought in advisors including Guto Harri, who just joined Number 10 as director of communications.

Johnson is also tempting veteran strategists such as David Canzini, who was recently seen on the parliamentary estate talking to a senior Conservative backbencher. Despite a spokesman saying they had “not seen him,” Canzini is understood to be sounding out MPs about what it would take to hold back from any leadership threat.

Well-liked and well-respected, Canzini’s reappearance does seem to have brought Johnson back from the brink.

But there are many more hurdles that must be crossed before he can be out of the woods.

Will the Gray report be the ‘coup de grâce’?

Both the Metropolitan Police inquiry and the Gray report hang over Johnson like his oft-quoted Sword of Damocles. If he is found to have misled Parliament, it is hard to see how he could survive.

One veteran Conservative MP, and a self-described Boris-supporter, said the Gray report could “serve the coup de grâce if there’s not been change.” But they also noted that given enough time, Johnson could still survive.

One minister believes that the allegedly ABBA-themed party in the Downing Street flat, attended by Johnson, his wife Carrie, and friends, is “what will do for him” if it is found to have breached rules.

“He can sack aides, like he did with Reynolds. He sent the BYOB emails, he was always going to have to go. But he can’t sack his wife. If the ABBA party is flagged in the report, I think that will be hard for the PM to get out of.”

But Lord Greenhalgh, another of Johnson’s ministers, sees things quite differently.

“He needed a reset,” he told Insider. “After this, the turbulence will end — despite the best efforts of certain individuals. I wouldn’t be speaking to you if I didn’t think he would be riding it out.”

Greenhalgh, who worked under Johnson in his second term as mayor, said the prime minister needs to operate as he did at City Hall, giving his team a “very clear mission” and then allowing them the space to deliver.

He believes Johnson still has “10 solid years” ahead of him.

But what about those parties?

“He is not a party guy,” Greenhalgh responded. “He doesn’t like parties. He turns up, does his bit to rally the troops, but it’s very much a duty. Then he gets on with the next thing.”

But the list of things to get on with is growing by the day.

Assuming neither Gray nor police investigation land a knock-out blow, the local elections in May could offer a clear signal to backbenchers that the man once considered electoral dynamite has finally imploded.

Then there are NHS waiting lists, which this week Health Secretary Sajid Javid admitted would get longer for another two years before things can be brought back under control.

But it is the cost-of-living crisis that dominates thinking throughout Whitehall.

While partygate has undeniably tarnished the Boris brand, Conservatives fear that losing their position on economic management will do the party untold damage.

“Being incompetent on the economy is the one thing we cannot afford to be,” says the Downing Street insider. “There are a great deal of minds being bent to this.”

‘There will always be hurdles’

So far Johnson has been saved by a mixture of fear of the unknown and inertia. Despite their reputation for defenestrating prime ministers, Tories are in reality quite reluctant to make the final push. It took 18 months to get rid of Theresa May, despite her relative weakness within Parliament. Johnson might be more of a Marmite character, but many MPs are acutely aware that he is the reason they are in the Commons.

So with all these hurdles, can he survive until the next election — which, according to sources, is currently being loosely scheduled for September 2023? After the first topsy-turvy six weeks of 2022, the sense is he could still pull it off, as long as he stops committing own goals.

“Being prime minister is like a Grand National: These fences do come up but you just get better at crossing them. You have the experience, the wherewithal, and the right jockey,” the government insider said.

“There will always be hurdles — he is the prime minister. But we want to do away with those that are self-created.”