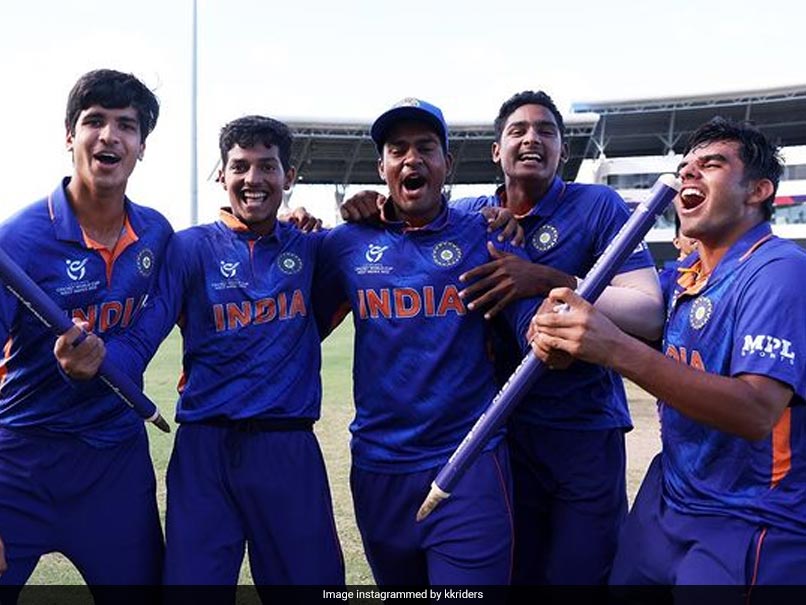 India U19 skipper Yash Dhull’s father Vijay Dhull has expressed happiness after the Boys in Blue lifted the Under 19 World Cup title. India lifted a record fifth U19 World Cup title after defeating England in the summit clash here at the Sir Vivian Richards Cricket Stadium on Saturday. “Our family and the whole country is happy with the team’s performance in the finals. Being a father, I am really proud that my son and the entire team performed really well. It feels so great that we have been getting many congratulatory messages,” Vijay Dhull told ANI.

“Further, he’ll play domestic cricket. We haven’t plan anything special for his welcome, as we are simple people and Yash also believes in simplicity. Currently, we don’t know when he’s returning yet,” he added.

Meanwhile, Yash Dhull’s mother Neelam Dhull thanked the coaches and the country for their blessings to the team.

“I am thankful to all the coaches for their hardwork and the entire country, who gave blessings to the players,” said Neelam Dhull.

Few of the squad members including Shaik Rasheed and Yash Dhull had tested positive for COVID-19 midway through the tournament, but whoever stepped in did their role perfectly and India did not lose a single game in the 2022 U19 World Cup.

Chasing 190, India got off to the worst start possible as Joshua Boyden dismissed Angkrish Raghuvanshi (0) on the third ball of the innings. Harnoor Singh and Shaik Rasheed then got together at the crease and the duo put on 49 runs for the second wicket. As soon as India started to gain an upper hand, England stormed right back into the contest in the 18th over as Thomas Aspinwall dismissed Harnoor (21), reducing India to 49/2.

Skipper Yash Dhull next joined Rasheed in the middle and both batters stitched together a partnership of 46 runs which saw Rasheed (50) going past his 50-run mark. However, as soon as he reached the milestone, he ended up giving his wicket away to James Sales. In his next over, Sales picked up the scalp of Dhull (17), and India was reduced to 97/4, still needing 93 runs for the win.

Raj Bawa (35) and Nishant Sindhu (50*) then ensured that India does not lose wickets in a cluster. In the end, India registered a four-wicket win to lift the U19 World Cup for the fifth time.