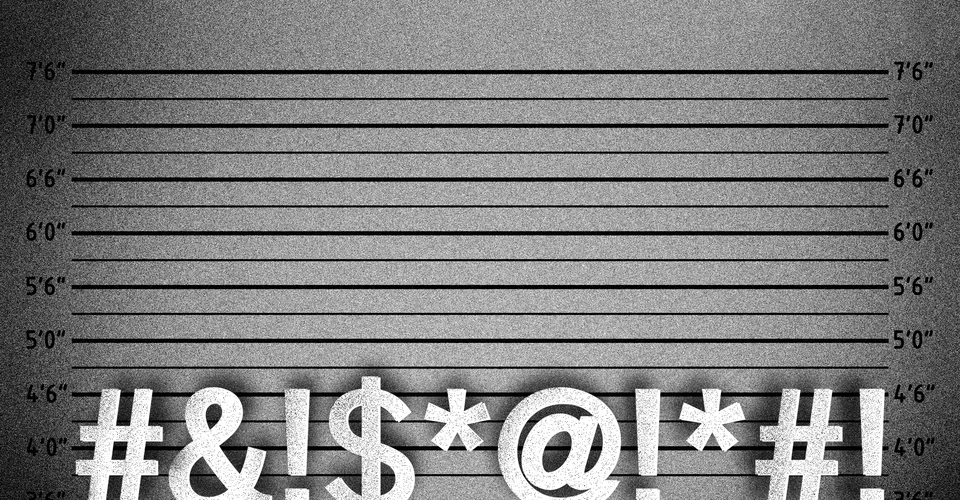 Humans of all political persuasions have a tendency to lose sight of why taboos exist and to enforce them rigidly rather than thoughtfully. In two recent cases, American educators chose quality instructional material for their students, only to be stymied by illiberal authority figures who apparently believe that, whenever objectionable words are mentioned, context doesn’t matter.

The first example comes from red America: School-board officials in McMinn County, Tennessee, voted to remove Maus, Art Spiegelman’s Pulitzer Prize–winning graphic novel about Holocaust survivors, from its eighth-grade curriculum, largely because of eight curse words, including goddamn, in its text. School-board members felt that it was wrong to assign reading with words their students aren’t allowed to say. “I understand that on TV and maybe at home these kids hear worse,” school-board member Tony Allman said, according to a transcript of a meeting last month, “but we are talking about things that if a student went down the hallway and said this, our disciplinary policy says they can be disciplined, and rightfully so.”

Another board member, Jonathan Pierce, acknowledged using crude language himself, but asked, “Can I lay that in front of a child and say read it, or this is part of your reading assignment?”

The second example comes from blue America: Administrators at the University of Illinois at Chicago suspended, investigated, and punished Jason Kilborn, a law professor, over an exam question meant to test students’ knowledge of civil procedure in a race- and gender-discrimination lawsuit. The relevant material is quoted verbatim in a complaint the professor filed against the university:

One question asked students to analyze a piece of evidence, an account from a former manager that the manager had “quit her job at Employer after she attended a meeting in which other managers expressed their anger at Plaintiff, calling her a ‘n     ’ and ‘b     ’ (profane expressions for African Americans and women) and vowed to get rid of her.”

The complaint goes on to clarify, “The question appeared exactly like this, with respectfully expurgated references to the racial and gender slurs.” All of Kilborn’s classes were canceled. He was barred from campus and from interacting with anyone in the university community.

In the culture wars, there’s a lot of debate about whether the “red” tribe or the “blue” tribe poses the greater threat to liberal norms in education. But is that the question we should be asking? The Tennessee school-board officials and the Chicago law-school administrators made the same mistake: Both acted to bolster preexisting community taboos against nasty words, but in doing so, they failed to distinguish between using nasty words in order to wound, profane, or disparage, and mentioning nasty words in order to teach about the problems they represent.

That difference—known as the “use-mention distinction” to educators still brave enough to teach it—is a key bulwark against anti-intellectual attacks on art, literature, philosophy, and more.

These recent acts of illiberal language policing––coinciding with a racial reckoning on the left and a backlash against its excesses on the right––threatens to degrade the education of all young people. Disregard for context or intent will serve students poorly in a world where survivors of genocide do curse while conveying their experiences and where lawyers do grapple with fact patterns that include racial slurs. And ignoring the use-mention distinction—or acculturating students to reject it—vests the mere mention of nasty language with more power to disconcert or wound, not less. In the University of Illinois controversy, Kilborn reported that he used that same exam question for 10 years without incident. Norms change over time, of course. But the newer norms seem to invite students to evaluate course content in superficial terms.

What’s more, the mere absence of nasty words would not even protect anyone from reprehensible ideas. Hateful sentiments worthy of our scorn can be conveyed via non-taboo diction. That’s why we should teach young people to direct their ire toward objectionable intent.

The law professor’s punishment violates core values of higher education. As his lawsuit puts it, “The University of Illinois System’s Guiding Principles at the very beginning explicitly ensure an ‘unyielding allegiance to freedom of speech even controversial, contentious, and unpopular speech’ and pledge that ‘protected speech cannot be prohibited or punished.’” Yet they transgressed against both academic freedom and the First Amendment.

School boards are legally entitled to set curriculum, and all public schools draw arbitrary lines around what is age-appropriate. Yet in the Tennessee district, the effect of stripping the curriculum of curse words that are already ubiquitous in American culture was to deprive eighth graders of an encounter with a powerful graphic novel. The school board’s move prompted a host of social-media testimonials to the power of Spiegelman’s book. “I read ‘Maus’ when I was nine years old and it changed my life,” the writer Jane Coaston of The New York Times recalled. “It made me a better person, a more empathetic and compassionate person.”

The McMinn County School Board might well be depriving multiple students of similarly edifying or transformative experiences, and it’s difficult to imagine how this censoriousness—couched as protecting kids from foul language they likely have heard many times—would help any students.

Decide for yourself about which of these illiberal actions is more worrisome. So long as significant factions on the right and left fail to embrace core liberal insights and values about language in education, students will be ill-served by whichever strain of illiberalism happens to wield power.