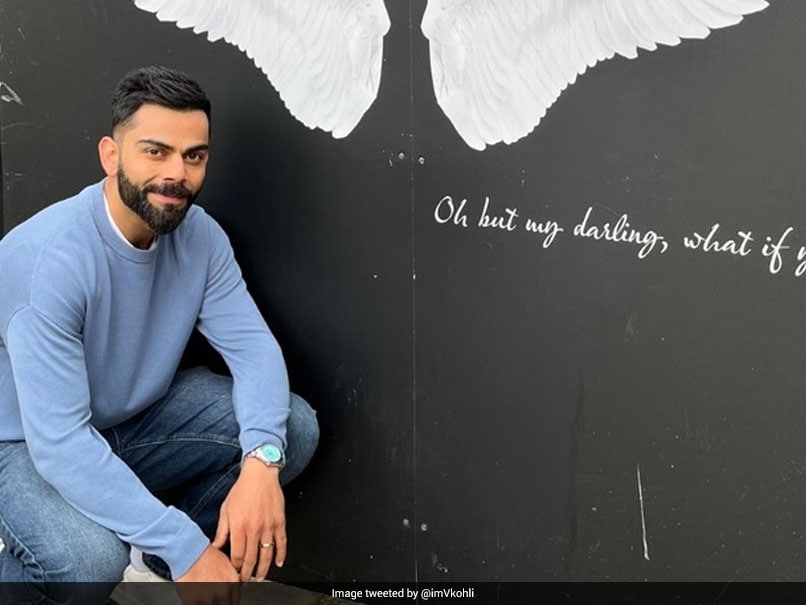 India batter Virat Kohli is going through the leanest patch of his career at the moment. While a century has been eluding him since 22nd November 2019, this year he has barely managed to stay at the crease for long. In India’s ongoing tour to England, Kohli has performed poorly with the bat. He scored 11 and 20 in the fifth and rescheduled Test match against England before scoring 1 and 11 in the two T20Is he played on the tour. Kohli, who missed the first ODI against England due to a groin strain, was dismissed for a 25-ball 16 in the second ODI.

While the batter has shown glimpses of brilliance during his lean patch as well, he has failed to take his innings deep. His form has become a hot topic and many have suggested that he should take a break from international cricket. Some former cricketers and experts of the game are also suggesting that India should drop the player, who is struggling to play big knocks.

Kohli on Saturday took to social media to share a picture of him with an inspiring message.

In the post shared by Kohli, the India player can be seen sitting in front of an artistic work which has two wings with a message: “What if I fall… Oh but my darling, what if you fly.”

He had a single-word caption with it too – “Perspective”.

Replying to Kohli’s post, Kevin Pietersen said: “You go big guy! People can only dream what you’ve done in cricket. And they’re some of the best players that have played the game.”

Kohli will be seen in action on Sunday when India and England will be facing each other for the third and decider ODI at Old Trafford in Manchester. India had won the first game of the series by 10 wickets before England bounced back in a dominating fashion, levelling the series with a 100-run win in second game.