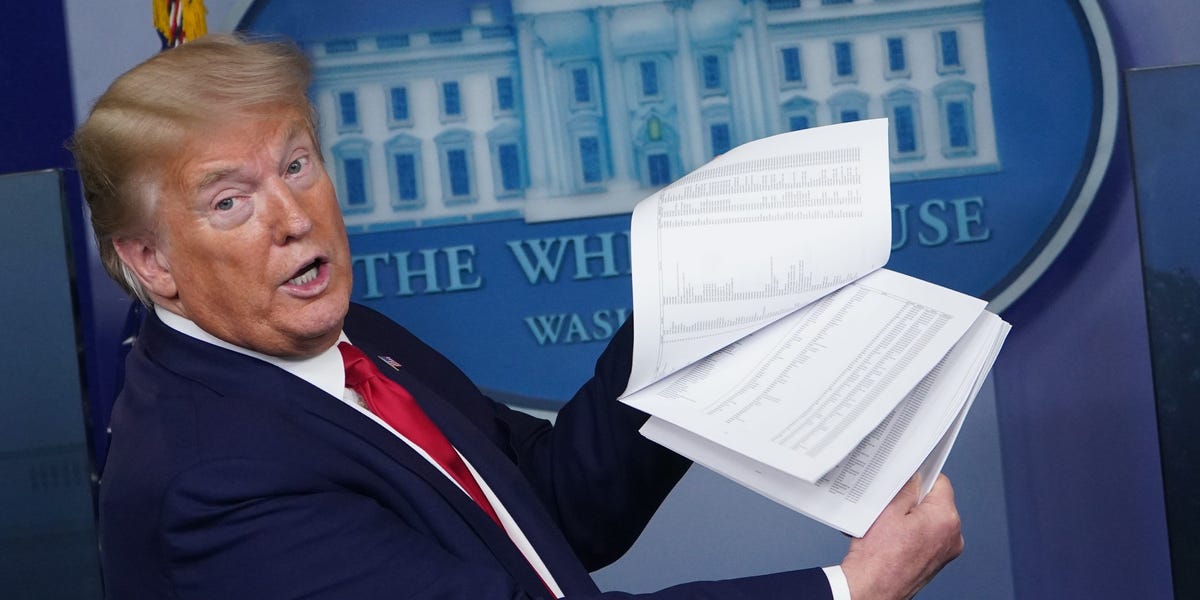 White House staff blame President Donald Trump for blocking a toilet that was often found packed with wads of printed paper, according to a new book.

The claim was made by The New York Times’ White House correspondent Maggie Haberman in her new book “Confidence Man,” a copy of which was obtained by Axios ahead of its October publication date.

The material in the toilet was found “ripped into pieces,” Haberman tweeted in response to Axios’ report.

Representatives for Trump did not immediately respond to a request for comment from Insider on Haberman’s story.

In recent weeks, reports have laid bare Trump’s penchant for ripping up documents — only for them to be stuck back together again by US officials for archiving purposes.

The House January 6 committee is currently trying to get Trump to hand over records from his final weeks in office, but some records already obtained by the committee had clearly been torn and taped back together.

Documents from a president’s time in the White House are supposed to be preserved so they can be committed to the US National Archives.

However, the National Archives said it recently had to retrieve letters between Trump and North Korean leader Kim Jong Un and from Mar-a-Lago that Trump had taken when he left office in January 2021.

The National Archives has subsequently asked the Justice Department to investigate if Trump broke the law by doing so, The Washington Post reported.

According to Axios, Trump has also been telling allies that he still keeps in touch with Kim, even though he’s no longer president, according to Haberman’s new book.