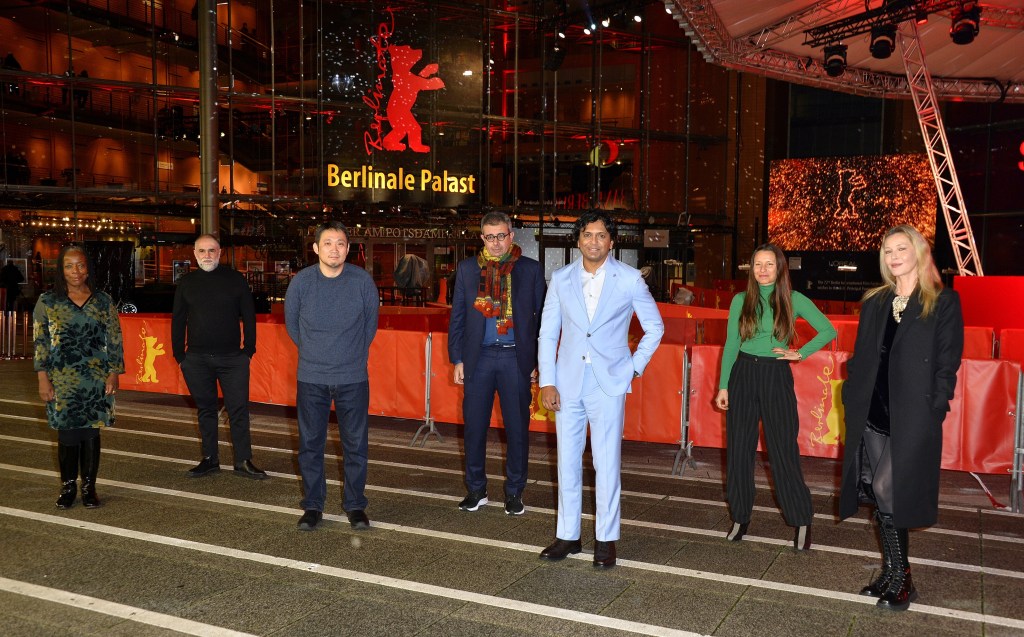 Even though the Berlinale has scaled back its activities for 2022 due to the ongoing pandemic and the omicron variant of COVID-19, the fact that — for the first time since 2020 — the festival was being held in a physical form again, with festivalgoers coming together in cinemas once again, was something celebrated by the international jury.

Speaking to the press on the first day of the festival before watching the 18 titles competing for the Golden Bear, members of the jury — led by M. Night Shyamalan — expressed their love for the cinema experience.

“Cinema, for me, has always been like a religion. And as a cinephile, I have always been very religious,” said Said Ben Said, the Tunisian/French producer who has worked with the likes of Paul Verhoeven, Brian de Palma and Roman Polanksi.

“Of course, I enjoy watching films at home, but for a religious man, the church is the most important place to watch movies, and the church is the theater. Like you, I missed going to the movies for two years. But I’m very happy to be here because we’re back to the church, together.”

Shyamalan recalled his first cinema experience at the age of 12, having been invited by a friend to see a movie about archaeology (something he admits was initially unsure about). “The logo comes up for Paramount and then the mountains, and it turns into Raiders of the Lost Ark,” he said. “You know, I speak of religion, well when I think of cinema, I was indoctrinated that day. I felt I was seeing something that was so inspired and so fun.”

Japanese director Ryusuke Hamaguchi, who just two days earlier saw his acclaimed feature Drive My Car break records with four Oscar nominations (including Japan’s first ever best film nod), claimed to have had a similar cinematic awakening to Shyamalan, but this time with Back to the Future Part II.

“I never imagined that such an interesting film existed in the world,” he said. “I was rather introverted, but inside the space of the movie theatre I was able to be released from daily life, and that was an important experience for me. What I am creating now is very different from Back to the Future, but it made me realise that movies have the power to change your life.”