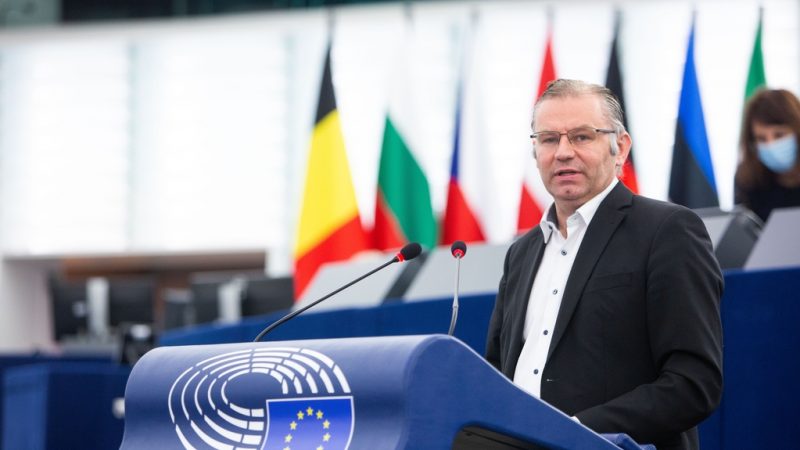 Plans to reduce pesticides can only succeed if farmers have access to alternatives – including so-called new genetic engineering, Norbert Lins, chairman of the EU Parliament’s Agriculture Committee, told EURACTIV Germany in an interview.

“It’s not about insisting on the current form of pesticide use. It’s about the question: are we able to show farmers alternatives by 2030?” the German MEP, part of the conservative European People’s Party (EPP) group,  said.

According to its flagship Farm to Fork strategy, the EU wants to halve chemical pesticides’ use and harmful effects by 2030.

To this end, the European Commission will revise the EU Directive on the Sustainable Use of Pesticides (SUD) by the end of March. The SUD will thus be the first major legislative proposal to be presented as part of the Farm to Fork strategy.

He said that to offer farmers alternative options in time, the development and authorisation of biological plant protection products, so-called low-risk pesticides, must be promoted.

At the same time, however, there must be progress on new breeding techniques, Lins said, adding that “we need to have this debate more openly.”

For example, in viticulture or apple growing, the development of more fungus-resistant varieties could contribute to using fewer fungicides, Lins explained.

The new government has so far not committed to the fact that “in order to adapt to climate change and reduce the use of pesticides, we must also look at breeding”, said Lins.

The rest of the legislative period

The CDU politician was re-elected last week as chair of the agriculture committee for the remainder of the legislative period until 2024.

During that time, Lins said he mainly wants to work with the committee on the goals set out in the Farm to Fork strategy. The fundamental question is “how we can simultaneously ensure food security and make a greater contribution to climate protection and biodiversity”, he added.

Another focus of the committee’s work, according to Lins, will be implementing the reformed version of the Common Agricultural Policy (CAP), which was agreed on last year. EU member states had until the start of January to submit their strategic plans on implementing CAP at the national level.

“We will, of course, take a close look at the plans to see to what extent our political will has been implemented,” said Lins.

However, the Parliament has no supervisory powers over the national plans, as these only need approval from the Commission.

Germany is among the EU countries that have missed the deadline for submitting its national strategic plan, although the country’s new Green agriculture minister, Cem Özdemir, said he intends to submit the document by mid-February,

The CDU politician also expressed concerns that the late submission of the plan could put Germany at a disadvantage. “I fear that we could then end up at the back of the approval process, and that means planning uncertainties,” he said.

Lins also stressed that farmers would have to consider the new support schemes in their cultivation planning for 2023 as early as this summer.

However, the approval of the first plans could realistically not be expected until September, a Commission official told the agriculture committee on Wednesday (2 February), noting that this approval date was not guaranteed for plans submitted late.

According to Lins, long-term planning security must also be guaranteed by the new federal government in the area of animal husbandry.

If financing concepts for the restructuring of animal husbandry towards more animal welfare were not implemented quickly, this could cause significant uncertainty among farmers, he said.

“In the livestock sector, we are not just talking about the next few years. We are talking about decades until investments are refinanced – this is a major task,” he added.