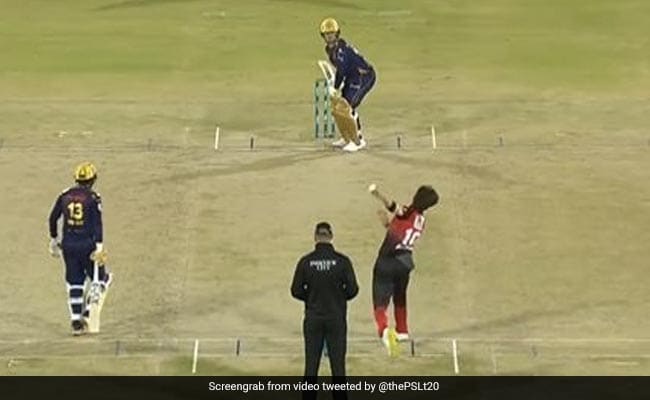 Jason Roy’s blistering hundred powered Quetta Gladiators to a comfortable seven-wicket win over Lahore Qalandars in the Pakistan Super League (PSL) on Monday. Roy took a strong Lahore bowling attack comprising Rashid Khan, Shaheen Shah Afridi and Haris Rauf to the cleaners, scoring 116 off just 57 balls as Quetta reached the stiff target of 205 in 19.3 overs. This was the second highest successful run-chase in the history of the tournament. Roy raced to his first 50 from 20 balls, while his second 50 came off 29 balls. He brought up his hundred in the 13th over with a big six over mid-wicket.

The England opener hit as many 8 sixes and 4 fours in his breathtaking innings. The right-hander made his intentions clear in the first over the Quetta chase when he charged down the track to hit Shaheen Afridi for a six straight back over long off in the second ball. Roy’s assault did not stop there as he continued to attack Quetta’s main seamers Afridi and Rauf.

Even leg-spinner Rashid Khan wasn’t spared. He was swept over square-leg for a six when he came onto bowl.

Roy’s 116 was the first century by a Quetta Gladiators batter and 11th overall in the history of the event. This was also the second fastest 100 after Rilee Rossouw’s 43-ball century.

When Roy departed at the total of 167, Quetta Gladiators required 38 runs off 26 balls, which they scored for the additional loss of Iftikhar Ahmed.

“I think it was one of my best innings and have an incredibly good feeling. The partnership with James Vince was even better. It was important that we won this game and take the momentum to Lahore with two wins in five matches. We were always confident and very happy to have won this game with the second highest run-chase,” he said about his innings.

(With inputs from PSL)