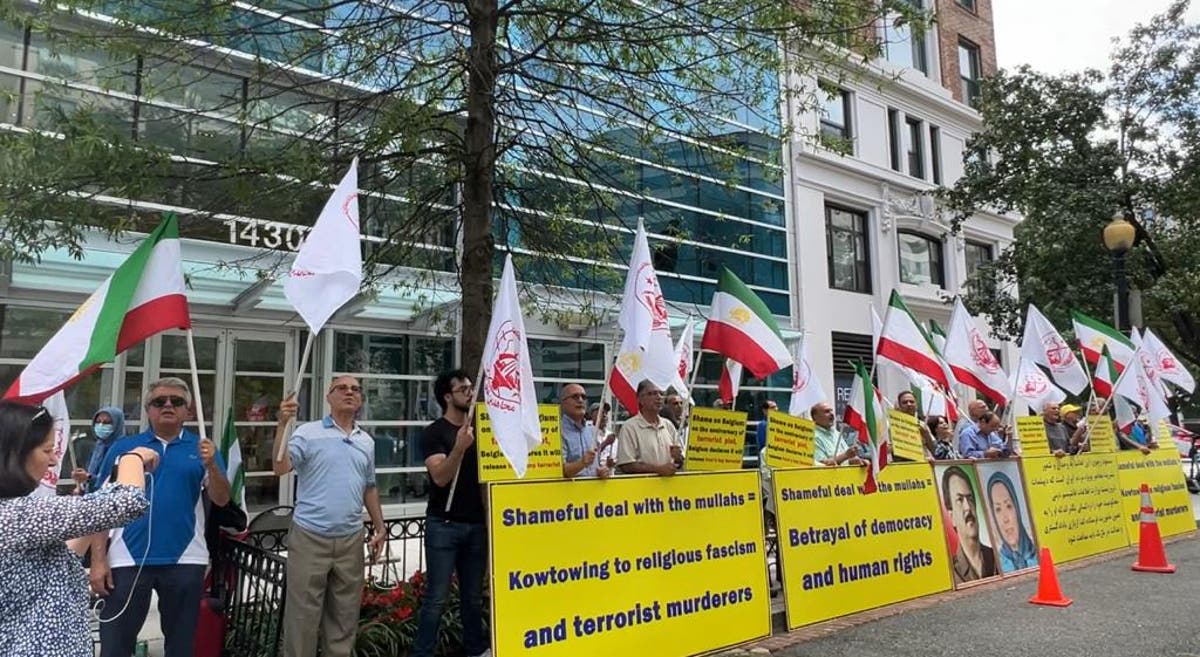 The United States is not taking a position on a proposed treaty between Belgium and Iran that experts agree is being crafted in a way that would hasten efforts to negotiate a controversial prisoner swap.

Amid growing concern from foreign policy hawks on Capitol Hill as well as demonstrations from Iranian nationals in downtown Washington DC, the State Department is refusing to take sides over the proposed deal which Belgium’s parliament began debating on Tuesday. The proposal would allow the government of Belgium to extradite individuals with Iranian citizenship who are convicted of committing or attempting to commit terrorist attacks in Europe; it is seen as being the result of efforts to allow Belgium’s government to exchange a convicted Iranian diplomat for a citizen of Belgium who was only revealed to be in captivity in Iran this week.

In exchange for the aid worker Olivier Vandecasteele’s return, the government will supposedly turn over Assadollah Assadi, a diplomat convicted of helping operatives attempt to carry out a terrorist attack targeting exiled Iranian dissidents at a rally in France attended by top European and American officials including Rudy Giuliani; the plot failed.

State Department spokesman Ned Price addressed the proposed treaty briefly on Tuesday, telling reporters at his daily briefing: “We are … aware of reports that the Belgian Government is considering a prisoner swap, but we’re not going to comment on bills or treaties pending in Belgium’s legislature.”

But pressure is growing on Capitol Hill for the US to take a formal position against the treaty, which in general is a blow to what the State Department spokesman described on Tuesday as efforts to make sure “that the international community speaks with one voice and acts together to see to it that those countries are held accountable for what it is that they’re doing”, detaining travelers or aid workers on trumped-up charges to force negotiations.

A coalition of Republicans and Democrats in the House have written a letter to Belgium’s prime minister urging him to lead his parliament in rejecting the deal and what they referred to as a “cynical ploy” by Tehran to return its jailed diplomat; others in the Senate have released similar statements, such as Sens Ted Cruz and Marco Rubio.

“Perplexing & worrying,” tweeted the senator from Texas. “The US worked closely with our partners to track down Iranian terrorists across Europe for the regime’s 2018 plot to bomb a political rally in France. It should go without saying that convicted terrorists should be punished not freed.”

Mr Rubio added: “#Belgium’s proposed treaty with #Iran cannot allow the return of Assadollah Asadi, a convicted terrorist, to his homeland. The regime in Tehran & its agents must be held accountable for their int’l terrorist activities & their continued practice of taking innocents hostage.”

Bob Menendez, Democrat from New Jersey, issued what probably amounted to the most official statement about the issue from the halls of Congress via his position as chair of the Senate Foreign Relations Committee. In a tweet, he insisted that any treaty Belgium’s parliament signed must comply with the country’s “international obligations” and “cannot grant impunity to Assadollah Asadi or any other actor responsible for human rights violations & heinous acts of terrorism”.

And in downtown DC, a small gathering of Iranian nationals mobilised outside of Belgium’s embassy to denounce the proposed deal as “appeasement” of Tehran’s dictatorial regime. The multi-day protest was supported by the Organization of Iranian-American Communities (OIAC).

“If this legislation is ratified, no one in Europe will have security and immunity from the murderers ruling Iran,” warned prominent opposition activist Maryam Rajavi, president-elect of the National Council of Resistance of Iran.

Meanwhile, the Biden administration announced unrelated action against Iran mid-afternoon on Wednesday. Secretary Antony Blinken, in a lengthy statement, announced the targeting of more than a dozen companies in Iran, Vietnam, Singapore, the UAE and Hong Kong with sanctions over alleged involvement in the shipment of banned Iranian petroleum.

In the statement’s conclusion, Mr Blinken once again hammered Tehran for violations of the 2015 nuclear agreement that the Trump administration pulled out of in 2018, and warned that the US would continue pressuring the country with sanctions until it came back into compliance.

“It is Iran that has, to-date, failed to demonstrate a similar commitment to that path,” said Mr Blinken. “Absent a change in course from Iran, we will continue to use our sanctions authorities to target exports of petroleum, petroleum products, and petrochemical products from Iran.”

“Any restriction on Tehran’s financial capacity, used to advance malign conduct at home and abroad, is in the best interest of the Iranian people and supported by the Iranian-American communities,” said Ramesh Sepehrrad of the OIAC.

“To be effective, however, all existing and new sanctions must be vigorously enforced.”