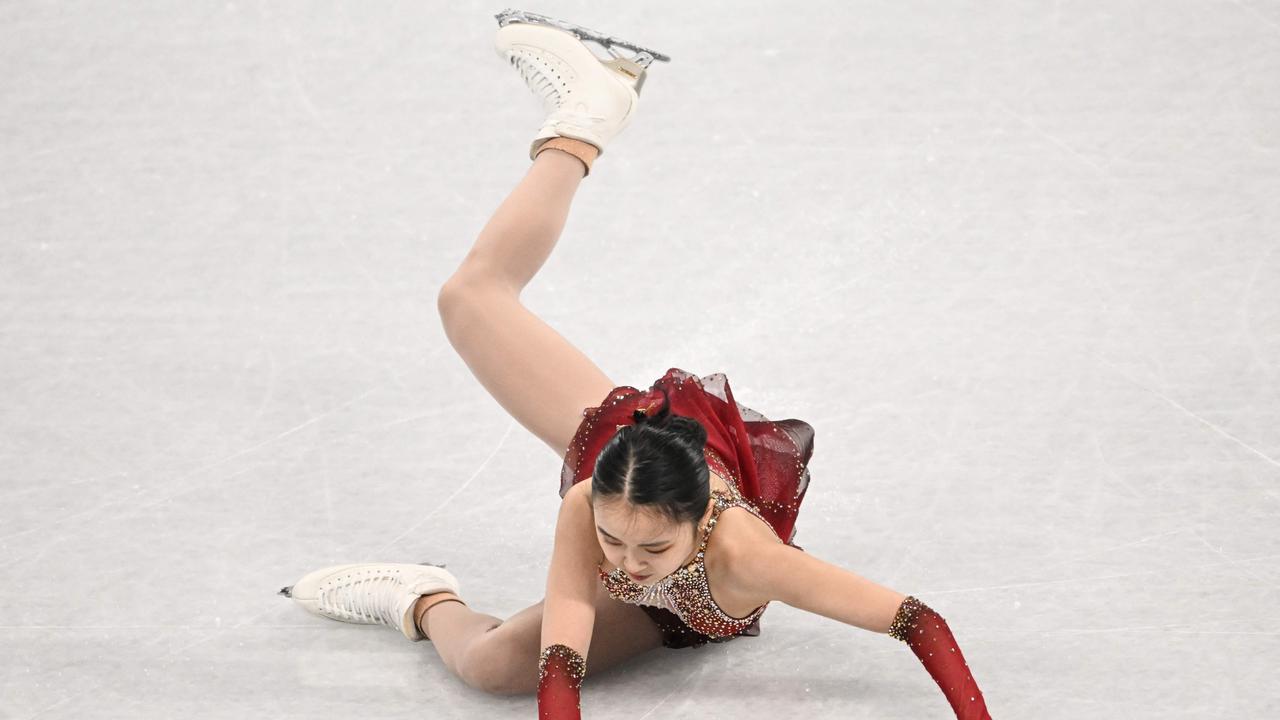 Beverly Zhu broke down on the ice after she fell again, having been widely abused on Chinese social media for another poor performance.

US-born Chinese figure skater Beverly Zhu broke down on the ice after she fell twice at the Beijing Olympics on Monday, having been widely abused on Chinese social media for another poor performance the previous day.

Zhu, who was born and raised in the United States but competes for China under the name Zhu Yi, also took a tumble on Sunday in another section of the team event, coming last and almost costing the hosts a place in the final.

“I wanted to cry during the competition and I couldn’t hold back the tears in the end,” Beijing Youth Daily reported her as saying after her latest Olympic heartbreak.

The 19-year-old looked understandably apprehensive as she took her starting position in front of a crowd of about 400 fans chanting and waving Chinese flags.

She fell twice in succession and failed to correctly land several other jumps. She persevered to the end, but as the final notes of her “Sunset Boulevard” music died away, her poise collapsed and she broke down in tears, her head in her hands.

Still sobbing, she skated off the ice to the “Kiss and Cry” corner, where skaters wait to receive their scores.

“During the Beijing Games I can feel everyone’s encouragement and I really want to perform well. Maybe I put a little pressure on myself because of that,” local media quoted her as saying.

The teenager had been savaged on local social media after the event on Sunday, with hashtags like “ZhuYiMessedUp” gaining hundreds of millions of views.

It appeared that comments about her were later censored.

“For young skaters of China, they need time and tolerance to play better in the future. Don’t cry, Zhu Yi. We are with you,” the message read.

Zhu, who decided to represent China instead of the US in 2018, told journalists she was “just going to move on”.

“I think the main thing is coping mentally,” she said, with individual events still to come in Beijing.

“I’m trying not to get distracted by outside influence. ”reb/pst