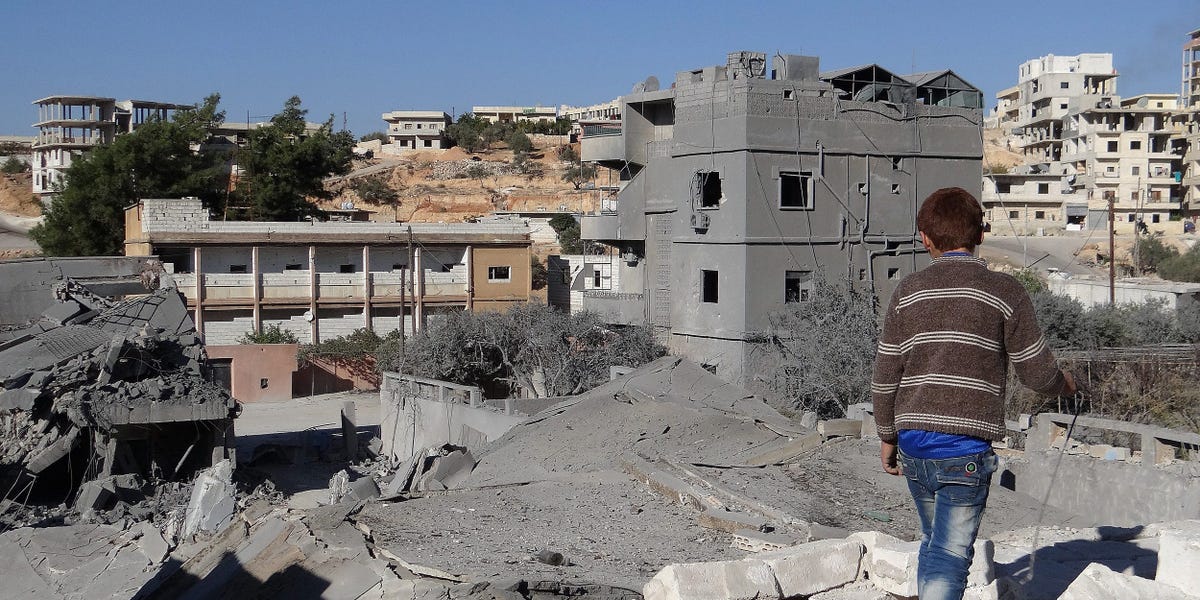 Military leaders hid an airstrike in Syria in 2019 that killed up to 64 civilians, according to an investigation published Saturday by The New York Times.

The report found the airstrike occurred on March 18, 2019, near the town of Baghuz, as the US was concluding its fighting against ISIS in the country. A US drone was seeking out ISIS fighters when a crowd of women and children were located.

A bomb was dropped on the crowd and as survivors tried to move out of the way, another was dropped, according to the report.

“Who dropped that?” a military analyst asked in a secure chat after it happened, according to two sources who spoke with The Times. Another person said: “We just dropped on 50 women and children.”

In a statement to Insider, US Central Command said the strikes were launched defensively after Syrian Democratic Forces said they were under heavy fire from ISIS fighters and requested aid, adding that the area was believed to clear of civilians.

The strikes killed 80 people, including 16 active ISIS fighters and four confirmed civilians, Capt. Bill Urban, Central Command spokesman, said. The status of the remaining people could not be determined. He added that there was women and children in the group but that it was unclear if they were civilians as at least two women and one child had been armed combatants at the time of the strike.

“We abhor the loss of innocent life and take all possible measures to prevent them,” Urban said. “In this case, we self-reported and investigated the strike according to our own evidence and take full responsibility for the unintended loss of life.”

The military did not publicly acknowledge the strikes prior to The Times reporting. Some sources told The Times that they felt like military leaders intentionally tried to keep it quiet.

“The death toll was downplayed. Reports were delayed, sanitized and classified. United States-led coalition forces bulldozed the blast site. And top leaders were not notified,” The Times wrote.

“Leadership just seemed so set on burying this. No one wanted anything to do with it,” Gene Tate, an evaluator from the inspector general’s office who worked on an inquiry into the strikes, told The Times. “It makes you lose faith in the system when people are trying to do what’s right but no one in positions of leadership wants to hear it.”

According to data compiled by the UK-based watchdog group Airwars, US-led coalition actions against ISIS in Iraq and Syria killed 1,417 civilians. However, Airwars lists only two confirmed deaths in March 2019, when the airstrikes reported by The Times occurred.