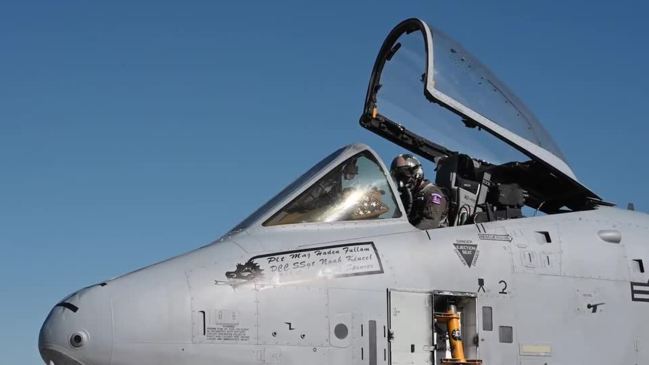 Pilots participating in this year’s Super Bowl flyover got a practice run in the airspace over Inglewood, California, on February 9. Footage released by DVIDS shows the planes taxiing onto the runway, taking off, and flying in formation. Aviation magazine FLYING reported that in honour of the US Air Force’s 75th anniversary, the NFL had enlisted the Air Force Heritage Flight Foundation to carry out this year’s flyover. Five historic aircraft will participate in the event. The Cincinnati Bengals will take on the LA Rams for the Super Bowl LVI championship at SoFi Stadium on Sunday, 13 February. Credit: DVIDS via Storyful