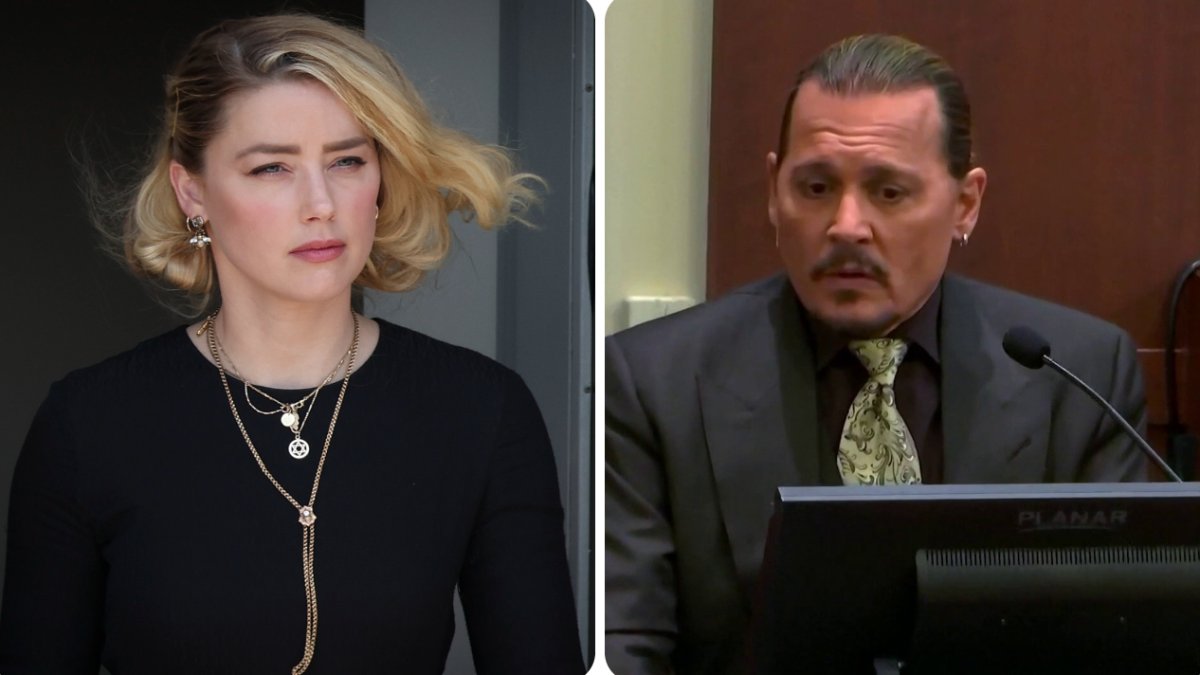 Two months after Heard was found liable of defaming Depp in a highly publicized courtroom battle in Virginia, more than six thousand pages of pretrial documents were unsealed and made public, shedding light on matters that attorneys for both sides wanted to exclude from the jury. Amongst the court filings included shocking allegations from Depp and Heard, as well as never-before-seen text messages from the “Pirates of the Caribbean” actor.

E! News reached out to reps for Depp and Heard for comment on the unsealed docs but did not hear back.

Heard was originally sued by Depp, who she was married to from 2015 to 2017, for $50 million over a 2018 Washington Post op-ed in which she described herself as a “public figure representing domestic abuse.” Though the Aquaman actress never mentioned Depp by name in the essay, his attorneys contended in the suit that she “concocted the story in hopes of generating positive publicity and to advance her career.”

Since the trial, Heard has filed to appeal the verdict favoring her ex-husband, who she’s been ordered to pay almost $10.4 million. Meanwhile, Depp is seeking to overturn the $2 million verdict awarded to Heard in her countersuit against him.

Keep reading to find out what was unearthed in the newly unsealed court documents from their legal battle.

In court documents obtained and reviewed by The Daily Beast and the New York Post, Heard’s attorneys argued to bar Depp’s legal team from introducing “nude pictures of Amber Heard” into evidence for the televised trial, saying that it fell under “irrelevant personal matters.” Other things they sought to exclude from the jury included a video from a reality show featuring Heard’s sister Whitney Henriquez and a history of their “past romantic relationships.”

Per the unsealed documents, Heard’s attorneys also argued to exclude “Amber’s brief stint as an exotic dancer years before she met Mr. Depp” from the trial. In the filing, her lawyers claimed that Depp’s legal team was seeking to introduce it as evidence “to frivolously and maliciously suggest or imply that Ms. Heard was at one time an escort,” according to The Daily Beast.

A text exchange alleged to be between Depp and longtime friend Marilyn Manson from 2016 were included in unsealed documents reviewed by Newsweek, in which the controversial singer referred to now-wife Lindsay Usich as “an amber 2.0.” Per the outlet, Manson texted the actor that Usich “pulled an amber on me” by seeking a restraining order–something Heard did after filing for divorce from Depp.

Texts from the filing showed that Depp then advised Manson to “not to give her what she wants,” adding, “Sociopathic behavior… it is f—– real, my brother!! My ex-c— is goddamn TEXTBOOK!!”

In a separate text, Manson also told Depp that there were “serious police amber type scenarios with L’s family,” per docs obtained by Newsweek. “I’m f–king stressing,” he reportedly wrote. “I don’t know if you are back but I need asylum somewhere because I think the cops might be headed my way.”

E! News reached out to Manson’s lawyer and Usich for comment but did not hear back.

Just on TikTok, pro-Johnny Depp hashtags generated hundreds of times more views compared to pro-Amber Heard hashtags during their recent defamation trial. Going forward, the legal system should beware of the social media fervor that surrounded Depp in this case and the incentives that rewarded creators pivoting to pro-Depp content. NBC News tech and culture reporter Kat Tenbarge explains, and we hear clips from Heard’s upcoming interview with Dateline NBC.

According to Newsweek, the “Sweeney Todd” star’s attorneys sought to exclude his texts with Manson from the trial, arguing in the unsealed court documents that it would “smear Mr. Depp under a guilty by association theory.” The filing reportedly read, “Ms. Heard’s attempt to insert Marilyn Manson into this case lacks foundation and is wholly speculative and constitutes improper character evidence.”

Manson has been publicly accused of sexual abuse by multiple women, including his ex-fiance Evan Rachel Wood. For his part, the rocker (born Brian Warner) has vehemently denied the allegations, calling them “horrible distortions of reality” in a statement released last year. In March, he filed a defamation lawsuit against Wood over her claims of abuse.

In unsealed court documents reviewed by Page Six and Newsweek, Heard’s lawyers alleged that the “21 Jump Street” alum suffered from erectile dysfunction and that “such condition absolutely is relevant to sexual violence, including Mr. Depp’s anger and use of a bottle to rape Amber Heard.”

While taking the stand during the six-week trial in Virginia, Depp denied what he called Heard’s “heinous accusations of violence, sexual violence, that she’s attributed to me.” He added, “I don’t think anyone enjoys having to split themselves open and tell the truth, but there are times when one simply has to because it’s gotten out of control. Horrible. Ridiculous. Humiliating. Ludicrous. Painful. Savage. Unimaginably brutal. Cruel and all false.”

During his testimony, Depp also denied allegations of sexual battery and physical abuse made by Heard.