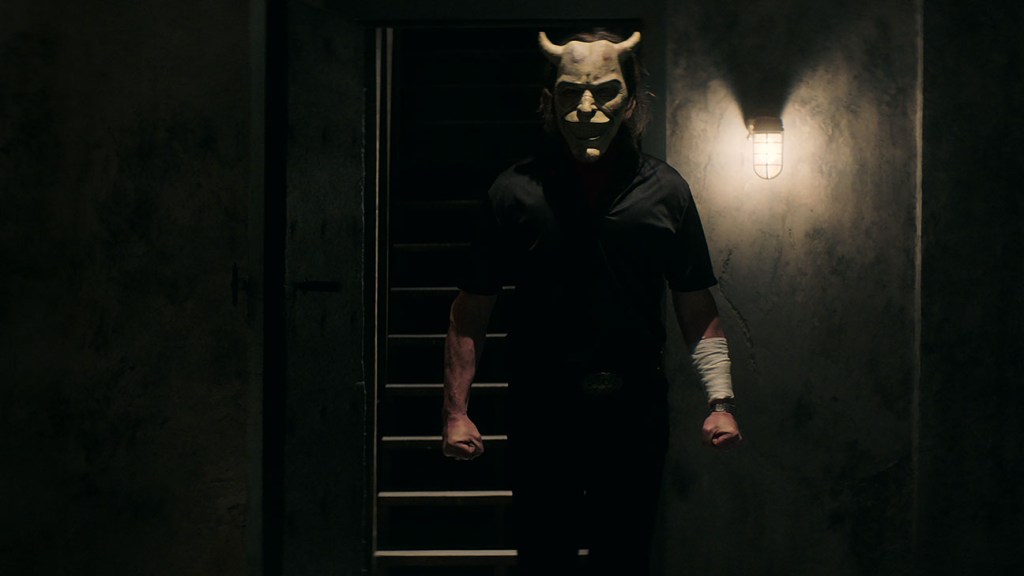 A maze based on two Blumhouse films will be a new addition to Halloween Horror Nights at Universal Studios this fall.

The theme park on Thursday unveiled The Horrors of Blumhouse haunted house, which will be based on the upcoming supernatural thriller Black Phone and horror-comedy Freaky (2020). The Scott Derrickson-directed Black Phone, starring Ethan Hawke as “The Grabber,” opens Friday.

“Guests will find themselves trapped in his ‘fun’ house where the sound of ghostly voices whisper hints on how to escape, but guests must tread carefully to outwit and outrun The Grabber’s twisted magic,” reads the Universal Studios maze description.

“Freaky will challenge guests to outrun serial killer ‘The Butcher’ who has switched bodies with a high school girl after being cursed by The La Dola Dagger, an ancient Aztec blade,” the description continues. “Guests will learn firsthand that looks can be deceiving as they encounter the sweet-looking teen who is actually The Butcher — and she is determined to hunt for their next victims.”

Halloween Horror Nights began at Universal Orlando in 1991 and at Universal Studios Hollywood in 1997. The event returned last year after being canceled in 2020 due to the pandemic.