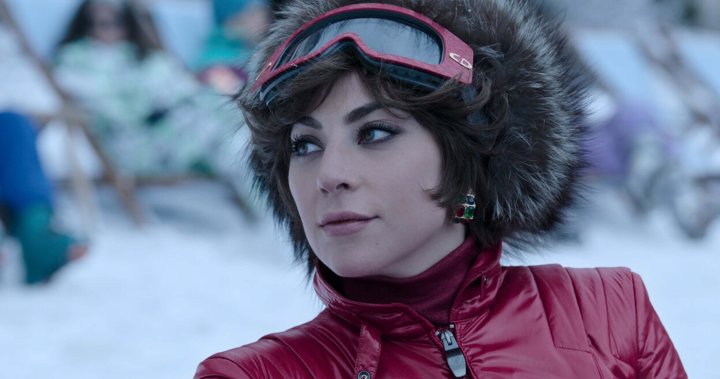 The heirs to the Gucci fashion house aren’t happy with the way their family was portrayed in House of Gucci. The family of former Gucci chairman Aldo Gucci hinted Monday at possible legal action against Ridley Scott’s new film, saying the movie depicted the family as a bunch of “thugs.”

“This is extremely painful from a human point of view and an insult to the legacy on which the brand is built today,” the family said in a statement posted to ANSA, an Italian news website, and translated by Variety.

The film stars Lady Gaga as Patrizia Reggiani, an Italian socialite who orchestrated a murder-for-hire scheme to kill her ex-husband, Maurizio Gucci, played by Adam Driver. The real-life Reggiani spent 18 years in prison.

Read more:
‘House of Gucci’ review: Lady Gaga and cast at their campiest in lush melodrama

During the film’s press blitz, the heirs took umbrage with the film, saying their family was portrayed “as thugs, ignorant and insensitive to the world around them.”

The production “did not bother to consult the heirs,” the family says, blasting the producers for allowing “a tone and an attitude to the protagonists of the well-known events that never belonged to them.”

“Although the work claims to want to tell the ‘true story’ of the family, the fears raised by the trailers and interviews released so far, are confirmed. The film carries a narrative that is far from accurate,” the statement reads.

It’s not just the film’s producers that are taking heat from the Gucci family. Gaga was also called out for her portrayal of Reggiani as “a victim,” which included statements she made about her character during interviews for the film’s promotion.

In an earlier interview, Gaga said, “There was a lot that was in the media that was sensationalized about how she was this gold-digger and how she killed for greed and money. I believe it was love. And I believe it was survival.”

According to ET Canada, Gaga admitted she “didn’t want to meet [Patrizia] because [she] could tell very quickly that this woman wanted to be glorified for this murder and she wanted to be remembered as this criminal…I didn’t want to collude with something that I don’t believe in. She did have her husband murdered.”

Monday’s statement said the family found it “mystifying” that a woman convicted of orchestrating the murder of her ex-husband would be portrayed as “a victim trying to survive in a male corporate culture.” The statement says that they Gucci business has always been “inclusive” and points out that during the 1980s — the era in which the movie is set — women were in many of Gucci’s top positions, including the president of Gucci America and the head of global public relations and communication.

Scott dismissed criticism from family members in April, after they accused him of “stealing the identity of a family to make a profit.”

“I don’t engage with that,” the director told BBC Radio. “You have to remember that one Gucci was murdered and another went to jail for tax evasion, so you can’t be talking to me about making a profit. As soon as you do that you become part of the public domain.”

Although no legal action has been taken against the film so far, the statement concluded that “the members of the Gucci family reserve the right to take action to protect the name, image and dignity of themselves and their loved ones.”

4:16
Jared Leto talks about process of transforming into Paolo Gucci: ‘It was about 5 hours of prosthetics’