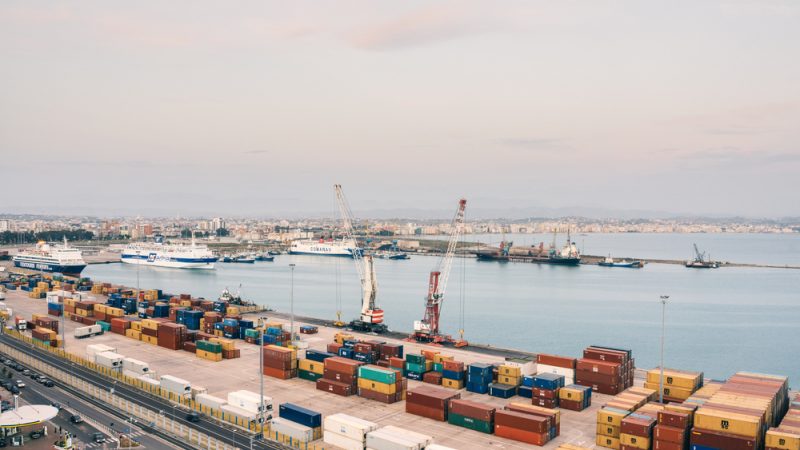 A Ukrainian ship loaded with 6000 tonnes of wheat arrived at the Albanian port of Durres on Wednesday (10 August) following the agreement brokered between Ukraine and Russia by Turkey and the UN.

The vessel Jaohar Ranim left the port of Izmail, Ukraine and arrived in Albania early on Wednesday morning.

As of Tuesday, 12 grain-carrying ships had left Ukraine following months of deadlock meaning millions of tonnes of grain were stuck in the besieged country’s ports. The blockade from Russia, combined with the looting of Ukrainian grain products, led to skyrocketing prices across the world and fears of severe food shortages and even outbreaks of famine.

Four ships left Ukraine on Sunday and were inspected on Tuesday in Istanbul. The inspections are held at the insistence of Russia who claims the ships could carry weapons to be sold on the black.

The resumption of grain exports is overseen by a Joint Coordination Centre (JCC) in Istanbul, were Russian, Ukrainian, Turkish, and UN personnel are working.

Ukraine hopes to export 20 million tonnes of grain in silos and 40 million from its new harvest, the country’s economic adviser Oleh Ustenko said in July. The government hopes to earn $10 billion for its shattered economy from those volumes, but Ustenko said it could take 20 to 24 months to export them if ports are not functioning correctly.

Albania had struggled to find a replacement source for the grain it consumed from Ukraine, instead continuing to import from Russia, as well as Serbia. Prices rose significantly, causing some bakeries to close and citizens of one of Europe’s poorest countries to feel the pinch even more.

Wednesday’s shipment is on behalf of a privately-owned company. The Albanian government does not have significant stocks of grain.