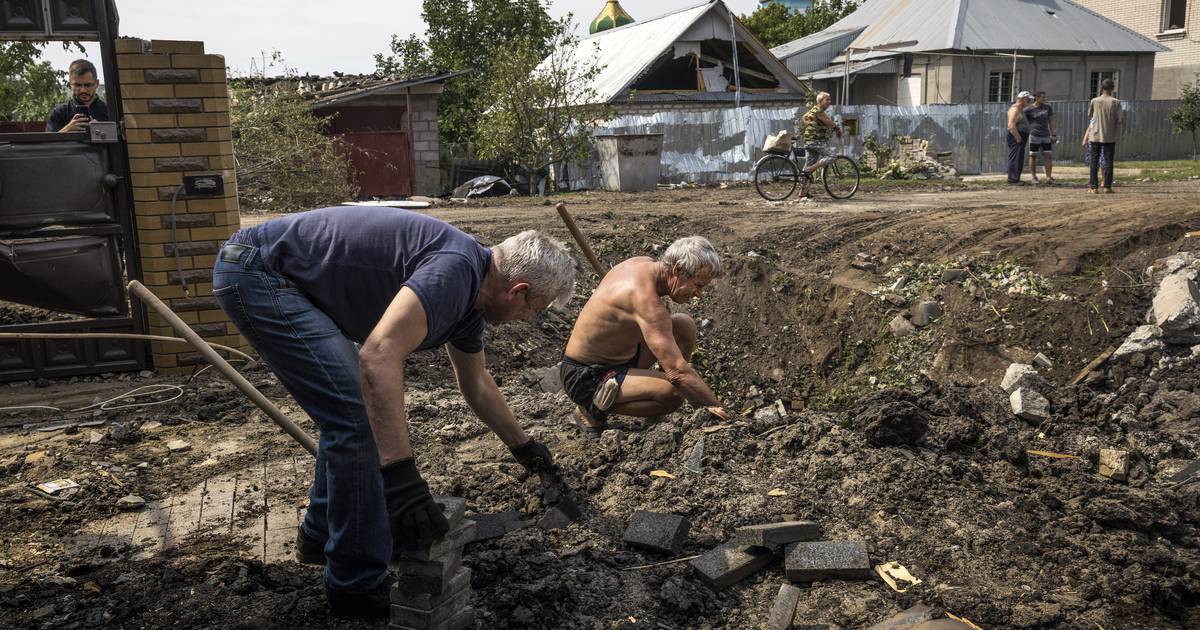 Ukraine is targeting Russian soldiers who shoot at an occupied nuclear plant in the south of the country or use it as a base to shoot from, president Volodymyr Zelenskiy said on Saturday.

Ukraine and Russia have traded accusations over multiple recent incidents of shelling at the Zaporizhzhia facility, Europe’s largest nuclear power plant. Russian troops captured the station early in the war.

“Every Russian soldier who either shoots at the plant, or shoots using the plant as cover, must understand that he becomes a special target for our intelligence agents, for our special services, for our army,” Mr Zelenskiy said in an evening address.

Mr Zelenskiy, who did not give any details, repeated accusations that Russia was using the plant as nuclear blackmail.

The G7 group of nations have called on Moscow to withdraw its forces from the power station.

Ukraine’s defence intelligence agency earlier warned of fresh Russian “provocations” around the plant while the exiled mayor of the town where the plant is located said it had come under fresh Russian shelling.

But local Russian-installed official Vladimir Rogov wrote on Telegram that Ukrainian forces were shelling the plant.

Ukrainian presidential adviser Mykhailo Podolyak accused Russia of “hitting the part of the nuclear power plant where the energy that powers the south of Ukraine is generated.”

“The goal is to disconnect us from the (plant) and blame the Ukrainian army for this,” Mr Podolyak wrote on Twitter.

The defence intelligence agency said Russian troops had parking a Pion self-propelled howitzer outside the nearby town and put a Ukrainian flag on it.

The agency also said that Thursday’s strikes on the territory of the plant, which Ukraine says damaged water-pumping infrastructure and a fire station, had been conducted from the Russian-controlled village of Vodiane, about 7km (4.35 miles) east of the plant.

Meanwhile, the UN has urged a demilitarised zone around Zaporizhzhia nuclear plant as Russia and Ukraine trade accusations over more shelling. Ukraine’s nuclear energy company said the facility in the country’s southeast had been shelled five times by Russian forces on Thursday, resulting in staff being unable to change shifts.

Elsewhere, Ukraine’s military said its artillery hit a Russian ammunition depot near a key bridge in the south and added it now had the ability to strike nearly all of Moscow’s supply lines in the occupied region.

Two more ships left from Ukraine’s Black Sea ports on Saturday, Turkey’s defence ministry said, bringing the total number of ships to depart the country under a UN-brokered deal to 16.

The statement added that another ship would depart from Turkey on Saturday to Ukraine to buy grains.

The UK ministry of defence has said the explosions at the Russian-operated Saky military airfield in western Crimea earlier in the week were “almost certainly” from the detonation of up to four uncovered munition storage areas, though what set them off remained unclear.

The devastation at the Russian air base in Crimea suggests Kyiv may have obtained new long-range strike capability with potential to change the course of the war. The base is well beyond the range of advanced rockets that western countries acknowledge sending to Ukraine so far, with some western military experts saying the scale of the damage and the apparent precision of the strike suggested a powerful new capability with potentially important implications.

Ukraine’s security agencies issued a joint statement calling for the United Nations and the International Committee of the Red Cross to send representatives to locations where Russia is holding Ukrainian prisoners of war.

The request on Friday follows earlier allegations by Kyiv that Moscow’s forces have tortured and executed prisoners, including by staging an explosion in a Ukrainian POW camp in Olenivka. — Reuters / Guardian