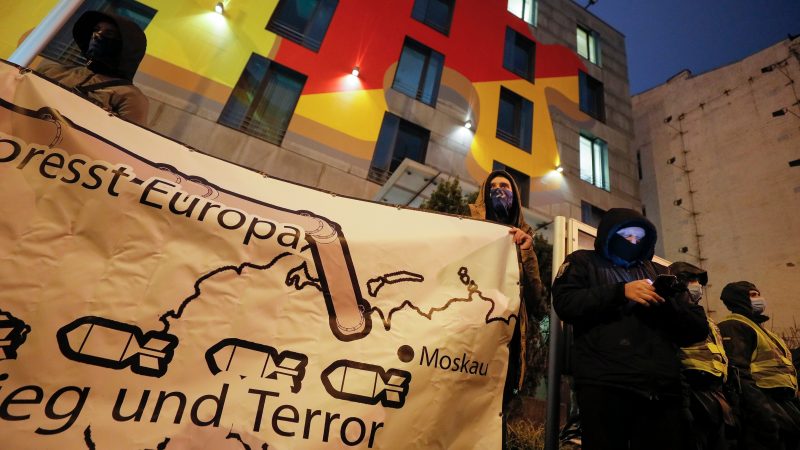 If the Ukraine tensions continue, Russia risks severely damaging its own economy and energy future. But over the next few months, Europe’s energy scene could become very uncomfortable writes, Robin M. Mills.

Robin M. Mills is CEO of Qamar Energy, and author of “The Myth of the Oil Crisis.”

Ukraine, likely named after the Slavic word for “borderland,” has long been a crossroads for peoples, civilisations, trade – and military invasions. As Russia steps up its threats against the country once again, energy is the latest resource to become weaponised.

Russia supplies about 40% of the European Union’s natural gas, and while Britain does not buy Russian gas directly, it is connected to the continent and effectively part of the same market. Prices for gas – both in Europe and globally – have soared to record levels since September, which has also pushed up the continent’s electricity prices to all-time highs.

The economic recovery from Covid lockdowns, combined with weather-related and technical interruptions, drove market tightness. Russia has exacerbated the squeeze, reducing gas sales and not refilling underground storage facilities that it owns in Europe. Fresh fighting between Russia and Ukraine would only push prices higher.

There are three ways that a new Russia-Ukraine conflict might interrupt European energy supplies. Most obviously, either side could damage infrastructure, including by cyberattack or sabotage. This includes the key gas pipelines running through Ukraine, which currently carry about 13% of Europe’s total imports, as well as the southern branch of the Druzhba oil pipeline, which runs through Belarus to western Ukraine and on to Slovakia, Czechia and Hungary.

The second is that Russia may cut supplies deliberately as part of a military-political operation. That would also affect gas coming through Belarus to Poland, and the Nord Stream pipeline under the Baltic Sea direct to Germany. The new Nord Stream 2 pipeline, which would replace most of the requirements for Ukrainian transit, is technically ready but not yet legally approved by Germany to begin operations.

The third way is through sanctions. In response to Russian military action, Europe and the United States would likely block investment and technology transfers, ban dealings with major financial institutions, and designate specific Kremlin-linked individuals and their wealth.

The vice-speaker of the Russian upper house of parliament, Nikolay Zhuravlev, has said that if his country is disconnected from the SWIFT bank messaging system, buyers “will not receive our goods – oil, gas, metals.” But Europe, and particularly Germany, would be wary of blocking the gas imports they need, while US President Joe Biden does not want to see oil prices go any higher. The US and its allies would therefore likely carve out an exemption for energy-related transactions from any restrictions on dealing with Russian banks.

In a conflict situation, it would be problematic for Germany to undercut Ukraine by giving a green light to Nord Stream 2. But energy products make up 60% of Russian exports, and other categories have already attracted various restrictions. Sanctions that excluded energy sales would be ineffective in changing the Kremlin’s behavior but including them would cause pain in Europe.

The effects of such scenarios depend on how much gas is cut off, how much Russia might compensate with flows on other routes, how much the Europeans would accept, whether the interruption comes after winter, and how much gas remains in storage by spring.

Since the interruptions of Russian gas through Ukraine in 2009 and the annexation of Crimea in 2014, the EU has successfully reconfigured its gas networks so that Moscow cannot cut countries off selectively and Ukraine can be supplied by reverse flow from the west. Relatively isolated markets, such as Lithuania and Croatia, have constructed liquefied natural gas (LNG) import terminals, to bring in the fuel by tanker from major exporters such as the US, Qatar, Algeria, and Nigeria.

But weaknesses in the system remain. Spain, which has large spare LNG import capacity and receives gas by pipeline from Algeria, has only limited connections to France and the rest of the continent. The Netherlands’ key Groningen field, which has been largely shut down due to tremors, could be restarted in an emergency.

The immediate response led by the US has been to scrounge for spare LNG supplies. Qatar, until very recently the world’s biggest exporter of the fuel, stepped up output to help Japan after the Fukushima accident in 2011. But now Doha and other major exporters, such as Australia and the US, are already operating at maximum to capitalise on the current buoyant market. Assuming that suppliers would be willing to break or renegotiate contractual obligations to Japan, South Korea, China, and others, Europe could entice cargoes away from East Asia but only by paying much higher prices.

A renewed nuclear deal with Iran would not affect the gas market directly but would release some 1.3-1.5 million barrels of oil exports per day, helping to cover any interruptions from Russia. It would also avoid the risk of concurrent, compounding crises over Ukraine and the Arabian Gulf.

Lower oil prices would ease the political pressure on President Biden and make tougher sanctions on Russia more palatable. If Russian oil exports were disrupted, the members of OPEC+ that coordinate production levels – particularly Saudi Arabia, the United Arab Emirates, and Iraq – would have to decide whether to increase output to compensate.

Within a year or two, additional LNG supplies will arrive from the US. Qatar and possibly the UAE are also expanding their capacities, but these will only be ready around 2026. If the Russia-Ukraine confrontation continues or deepens, the Europeans’ position will strengthen over time as they improve home insulation, step up deployment of renewable energy, perhaps revive nuclear power, and start using hydrogen for seasonal storage and industrial fuel. The Middle East and North Africa – especially the UAE, Saudi Arabia, Oman, Egypt, Morocco, and perhaps Qatar – could all become key suppliers of new clean energy.

In the longer term, Russia risks severely damaging its own economy and energy future. But over the next few months, Europe’s energy scene could become very uncomfortable, as the borderland of Ukraine is once again the intersection of geopolitical ambition.

This article was first published with the Syndication Bureau, an opinion and analysis syndication service focused on the Middle East, providing its subscribers with insights from writers who have deep expertise in the region.