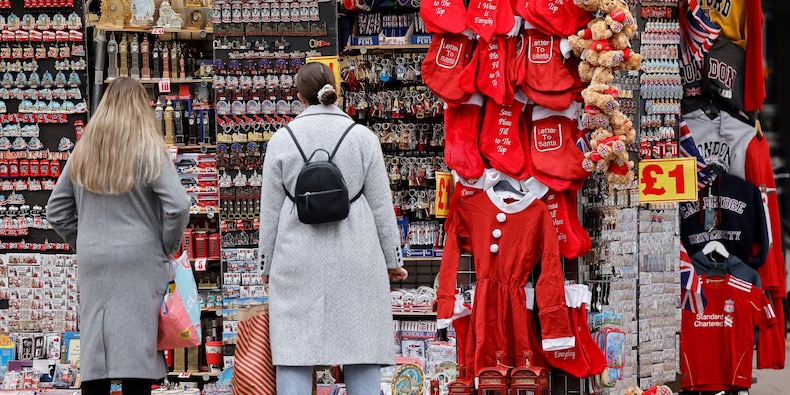 UK inflation shot up to a 30-year high of 5.4% in December, data showed Wednesday, driving up the cost of living and adding to expectations that the Bank of England will hike interest rates again.

Many economists predict that prices will continue to march higher in the coming months, with the BoE expecting inflation to soar to 6% in the spring.

The 5.4% consumer price index inflation figure for December was the highest since 1992, the Office for National Statistics said. It indicated that the prices of UK goods and services were on average 5.4% more expensive in December than they were a year earlier.

It surprised analysts, who had been expecting an increase to 5.2%. And it was a big jump from November’s 5.1% reading.

“These large rises were slightly offset by petrol prices, which despite being at record levels were stable this month, but rose this time last year.”

On a monthly basis, CPI inflation stood at 0.5% in December, down from 0.7% in November.

Core CPI, which removes energy, food and other volatile items, rose to 4.2%, also the highest reading in 30 years.

The pound was roughly flat against the dollar at $1.34 shortly after the data was released. London’s FTSE 100 stock index was down 0.18%.

Read more: A 30-year market vet shares 5 indicators that show stocks are in dangerous territory as the Fed tightens and economic growth gets set to slow — all while valuations sit at historic highs

Beck and other economists said a sharp rise in the UK’s energy price cap in April is likely to send inflation sharply higher.

“CPI inflation is likely to move to just over 6%, with the risks skewed towards a higher outturn,” Beck said.

But he said inflation should moderate in the second half of 2022 and in 2023, as the coronavirus crisis fades and with oil and gas prices possibly falling back.

The Bank of England raised interest rates from a record low of 0.1% to 0.25% in December, and traders are expecting further hikes in 2022.

Ambrose Crofton, global market strategist at JP Morgan Asset Management, said: “The Bank of England was already feeling uncomfortable about its monetary policy stance. Today’s upside surprises to both the headline and core inflation readings will certainly not have helped.

“We think the Bank of England will hike 25 basis points in February as it continues on its steady path to higher interest rates.”