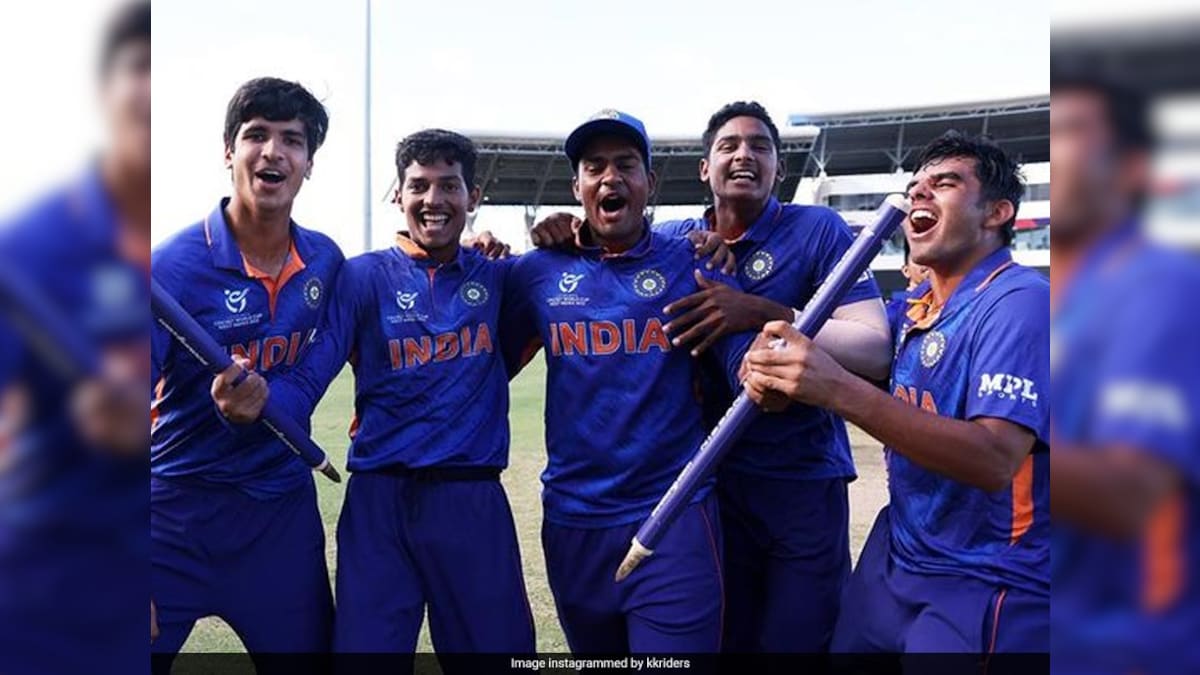 India U19 cricketers celebrate after winning the World Cup

The India U-19 squad returned home on Tuesday after winning a record-extending fifth World Cup trophy. The squad took the long flight back from the Caribbean with connections in Amsterdam and Dubai before reaching Bengaluru on Tuesday morning.

The players will head to Ahmedabad later on Tuesday for the BCCI’s felicitation ceremony, most likely to be held on Wednesday.

Since the ICC makes travel arrangements for all participating teams, the Indian contingent flew economy class, which is the norm, but it made travel all the more tedious.

NCA chief VVS Laxman, who was also part of the squad in the West Indies, travelled separately with the selectors and five reserve players who were rushed to the Caribbean after a COVID-19 outbreak in the Indian camp before the second league game against Ireland.

Yash Dhull-led India had beaten England in the final on Saturday.