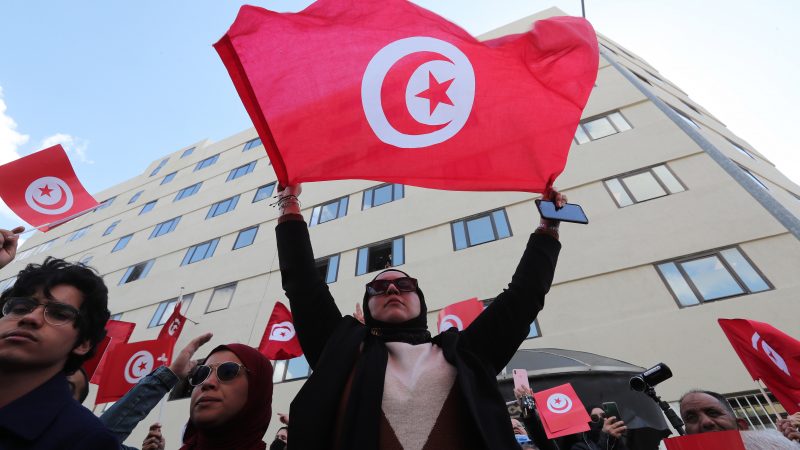 The EU is being urged to take a tougher stance on the political crisis engulfing Tunisia ahead of a referendum in ten days that could entrench the increasingly autocratic regime in one of the Arab spring’s last remaining democracies.

Tunisians will vote on a new constitution on 25 July, just over a year after President Kais Saied announced that he was suspending parliament and would rule by decree. The constitution is widely viewed as an attempt to weaken the country’s democratic institutions.

In an open letter to be sent by a group of Tunisia’s opposition parties to the EU’s High Representative on Foreign Affairs, Josep Borrell, MEPs have urged the EU to be far more active and play a role in a ‘crisis which threatens the stability of the country and the region.’

Opposition parties and civil society groups complain that EU diplomats, led by Borrell, have shied away from criticising Saied’s regime, which has been marked by a wave of public protests, some of them violently suppressed, and the arrest and detention of several opposition lawmakers and activists. Many Tunisians see that as a tacit acceptance or support of President Saied, they say.

That frustration was compounded earlier this week when Borrell said that the EU “takes note of concerns raised concerning the proposed draft published on 30 June and the process of its elaboration”.

The statement added that the constitution “should be an important milestone in the process towards institutional normalcy and democratic balance” and that “the strength of the EU-Tunisia partnership rests on shared values and a commitment to democratic principles, individual freedoms and the rule of law, separation of powers and independence of the judiciary.

However, apart from three small parties, most political parties and civil society groups say that the two-month consultation process starting in January was a sham.

It also includes plans to hold parliamentary elections before the end of this year.

Tunisia was the first north African country to transition to democracy after anti-government protests in 2011 toppled the regime of Zine El Abidine Ben Ali and heralded the start of the Arab Spring. However, after a succession of weak governments, President Saied moved to suspend parliament and rule by decree last July.

Three minor parties are campaigning for a ‘Yes’ vote, while most opposition parties are likely to urge their supporters to boycott the poll.

In recent months the Commission has continued to provide substantial financial support to Saied’s government, including additional funds to cover high wheat and grain prices.

Delegations from the European Parliament’s Foreign Affairs and Human Rights committees, by contrast, have been far more critical of the collapse of the rule of law and political direction in Tunisia.