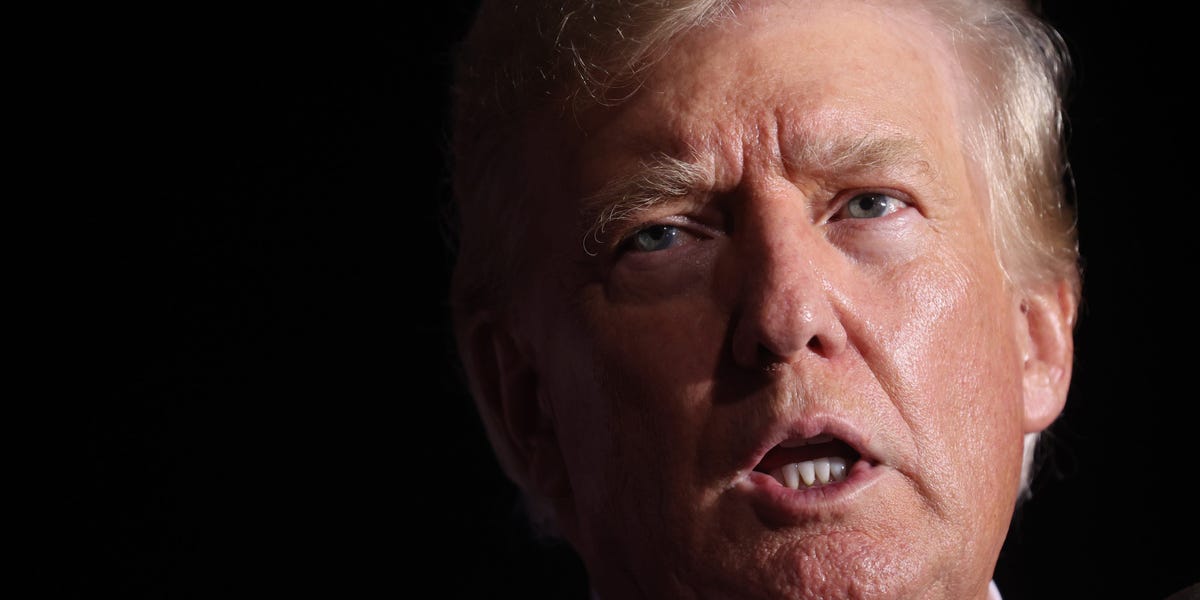 Former President Donald Trump, during his deposition in New York on Wednesday, ended up pleading the Fifth more than 440 times, per NBC News.

This was according to a source with knowledge of the deposition, who told NBC News how Trump invoked his Fifth Amendment rights hundreds of times.

Additionally, Trump’s lawyer Ron Fischetti told NBC News the only question Trump answered was one where he was asked what his name was.

A spokesperson for the New York Attorney General’s office confirmed to NBC News that Trump had invoked the Fifth, but did not elaborate on how many times he did so.

Trump declined to answer questions during a Wednesday deposition at the office of New York attorney general Tish James. James is investigating whether Trump’s company, the Trump Organization, violated banking, insurance, and tax laws and if it engaged in financial fraud.

The New York Times also spoke to Fischetti, who said that the deposition, which lasted around four hours with breaks in between, involved Trump saying “same answer” over and over again and reiterating his Fifth Amendment plea.

“They asked a lot of questions about valuations and golf clubs and all that stuff,” Fischetti told The Times.

Fischetti also told The Times that Trump had to be talked out of answering questions from the New York Attorney General’s office.

“He absolutely wanted to testify, and it took some very strong persuasion by me and some others to convince him,” Fischetti said.

“I once asked, ‘If you’re innocent, why are you taking the Fifth Amendment?'” he said in the statement.

“Now I know the answer to that question,” he continued in the statement. “When your family, your company, and all the people in your orbit have become the targets of an unfounded, politically motivated Witch Hunt supported by lawyers, prosecutors, and the Fake News Media, you have no choice.”

After the deposition, Trump made a post on Truth Social, declaring that he was leaving the Attorney General’s office.

“A very professional meeting. Have a fantastic company with great assets, very little debt, and lots of CASH. Only in America!” Trump wrote.

Trump famously declared in the past that only members of “the mob” would take the Fifth.

“You see the mob takes the Fifth,” he said in April 2018. “If you’re innocent, why are you taking the Fifth Amendment?”

Fischetti did not immediately respond to a request for comment from Insider.