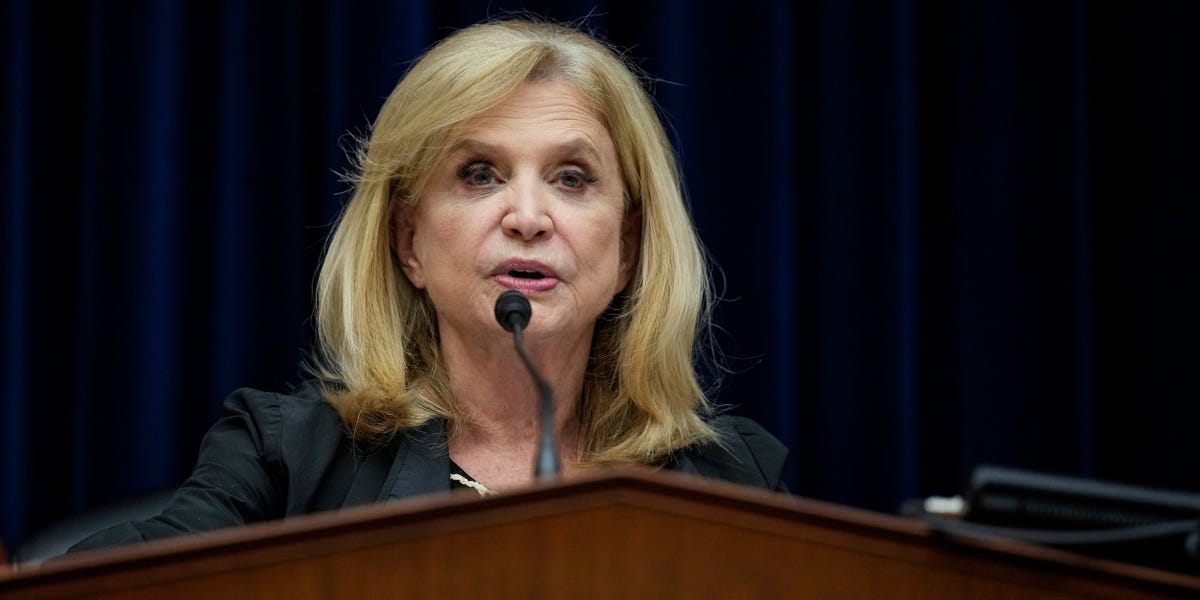 Rep. Carolyn B. Maloney walked back her claim on Wednesday that President Joe Biden wouldn’t seek reelection in 2024, a move that came less than a day after the New York lawmaker raised concerns about Biden’s political future.

“I will absolutely support President Biden, if he decides to run for re-election,” Maloney wrote on Twitter. “Biden’s leadership securing historic investments for healthcare, climate & economic justice prove once again why he is the strong and effective leader we need right now.”

Maloney, a long-time lawmaker who has served in Congress for almost 30 years, raised eyebrows when she said during a debate Tuesday night that Biden would not seek reelection. Biden has repeatedly said it’s his intention to run, but unlike former President Donald Trump he is for now returning to the tradition of presidents not formally announcing their run until after the midterm elections.

“I don’t believe he’s running for reelection,” Maloney said during a primary debate.

Maloney, the chairwoman of the powerful House Oversight committee, is locked in a tough primary fight against fellow New York Democrat Rep. Jerry Nadler after New York’s districts were redrawn following the 2020 census. Like Maloney, Nadler is also the chair of a powerful House committee, the House Judiciary committee. The pair are facing off against two other hopefuls, including Suraj Patel, a 38-year-old attorney who narrowly lost to Maloney in the 2020 Democratic primary.

Nadler demurred when he was asked about Biden’s future. According to CNN, Nadler said it was “too early to say” what Biden will do and said it does not benefit Democrats to be distracted by 2024 questions ahead of November’s midterms.

Biden’s political standing is the subject of intense speculation in Washington. The White House has reiterated his desire to run, but the president’s age and low approval rating have fueled the possibility that the party may look elsewhere. Rep. Dean Phillips, a House Democrat who represents a much more competitive seat in Minnesota, recently expressed hope that Biden wouldn’t run again.