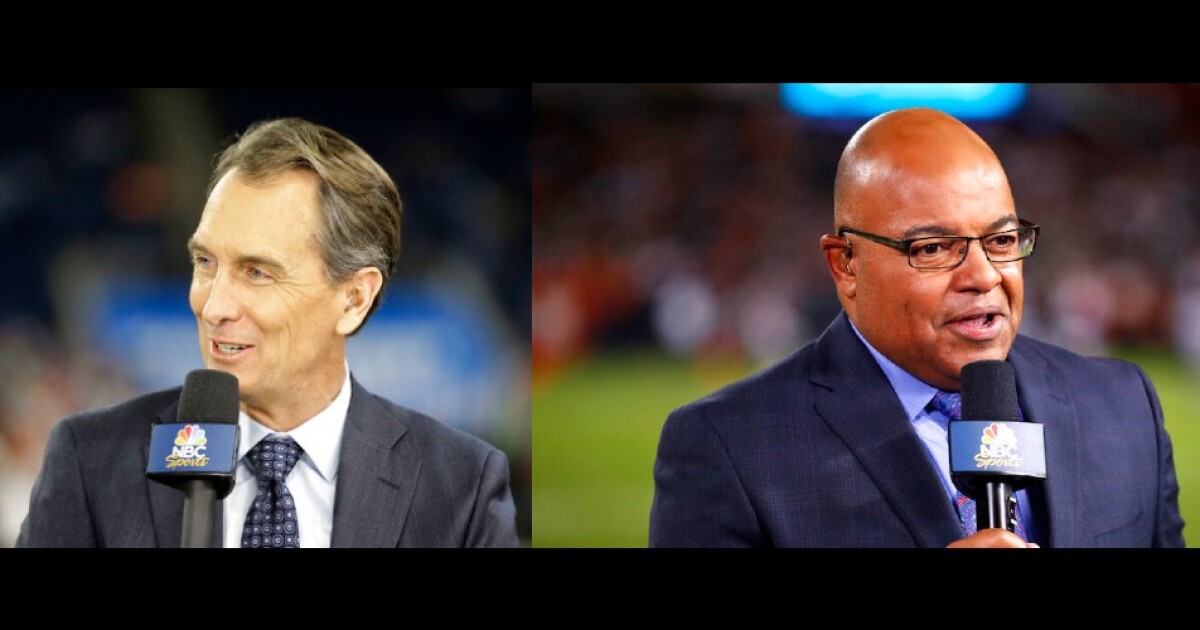 NBC has formally introduced who will likely be its broadcast staff this upcoming NFL season on “Sunday Night Football.”

On Tuesday, the community mentioned Mike Tirico and Cris Collinsworth would name video games from the sales space, and Melissa Stark would report from the sidelines.

Tirico and Collinsworth had referred to as video games 21 NFL video games collectively since 2016 when Tirico joined NBC Sports.

Stark joined the community after serving as a sideline reporter for ABC’s “Monday Night Football” for 3 seasons and, most just lately, as a bunch and reporter for the NFL Network since 2011.

“Sunday Night Football is destination viewing, and we are thrilled to have Mike, Cris and Melissa call the action and tell the stories that football fans have come to expect from primetime TV’s #1 show,” mentioned NBC Sports Chairman Pete Bevacqua in a press launch.

The trio’s primetime debut will occur on Aug. 4 on the Pro Football Hall of Fame Game. The staff may also kick off the NFL season on Sept. 8.