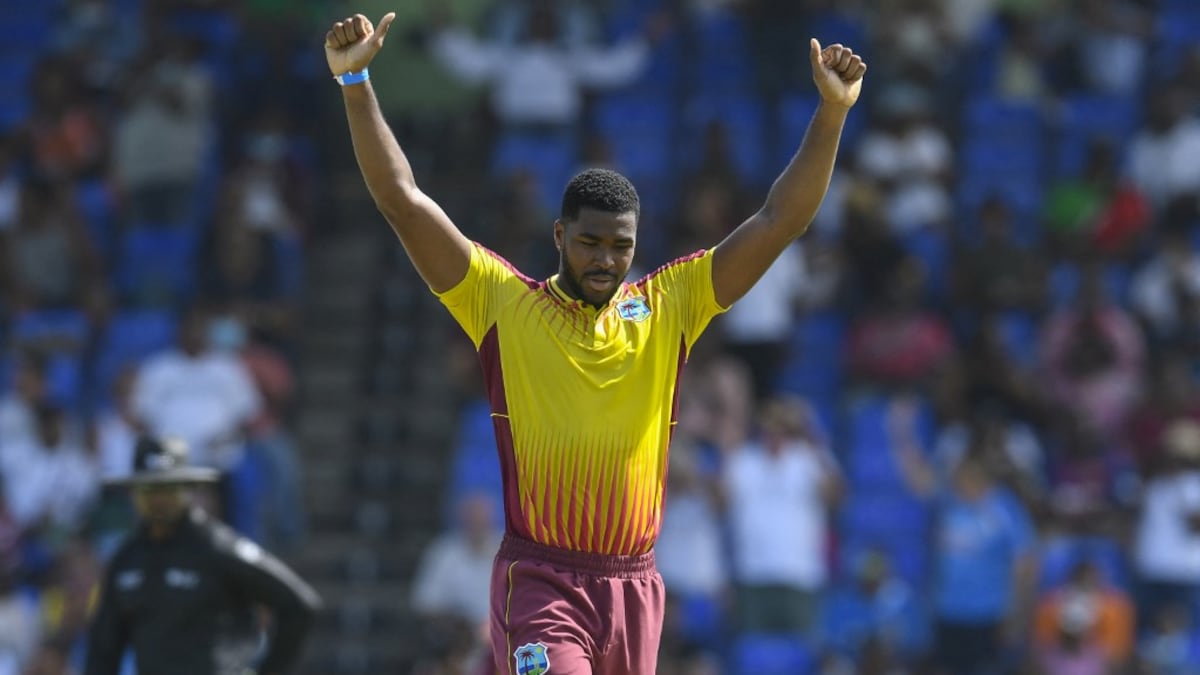 “This is for my mom. She is sick and she has motivated me to be a better player. The first ball wicket put pressure on the batsmen. I always look for wickets in the powerplay. I went in with a clean mind. In the previous game I was overthinking a bit. It gives me a challenge and I am just thankful for all the experiences and the challenges,” said McCoy at the post-match presentation.

The five-match T20I series between West Indies and India is currently level at 1-1, and the third T20I will be played on Tuesday. The match will begin at 9:30 PM instead of 8 PM.

West Indies made a comeback in the second T20I, dismissing the Men in Blue for just 138. McCoy ran through the Indian batting lineup with a superb spell of 6/17. Hardik Pandya (31), Ravindra Jadeja (27) and Rishabh Pant (24) played decent knocks for India.

McCoy won the ‘Man of the Match’ award for his match-winning spell.