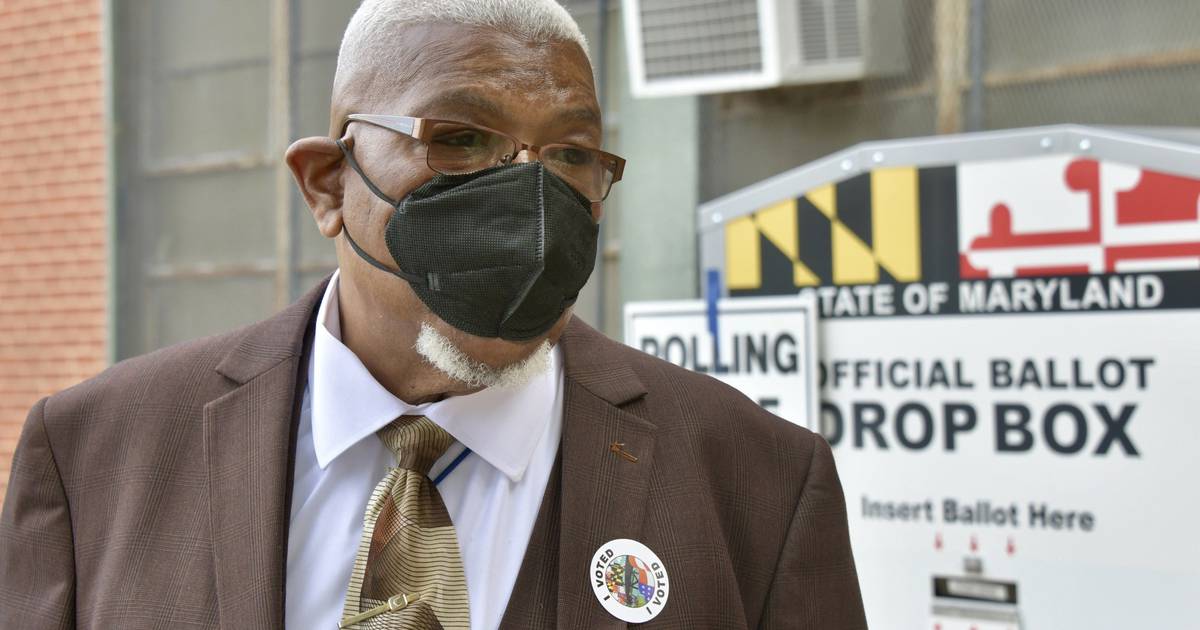 Election officials are scrambling to get correct ballots to 267 Baltimore voters, including some residents of a senior living complex who will receive three ballots this election cycle, ahead of Tuesday’s primary after mistakenly mailing ballots to voters for the wrong district.

The error, a result of redistricting changes, affects voters who live on the borders of state legislative districts in north central and Northeast Baltimore. Most impacted are those who requested mail-in ballots and received an incorrect ballot before the error was discovered.

For some, the ballots they are about to receive will be their third this election cycle. About 212 voters, all in north central Baltimore along the boundaries of the 40th and 41st legislative districts, were originally sent ballots that were correct for their location.

Then election officials sent a notice to those same voters stating — mistakenly — that their original ballots were wrong. New, incorrect ballots were provided.

This week, officials again corrected their error, delivering a letter to the same 212 voters explaining another mistake had been made.

Ballots are being mailed to those voters and are expected to arrive by Saturday, said Nikki Charlson, deputy administrator for the Maryland State Board of Elections.

The mistake affects three sets of addresses in north central Baltimore that were mistakenly placed in District 40 rather than District 41:

Included in that area is Roland Park Place, a senior living facility, where Democratic City Councilwoman Odette Ramos said residents have already received two ballots and are awaiting a third. Voting by mail was a popular option for residents, many of who are less mobile, Ramos said. Now, they’ll have to scramble to return their completed ballots in time.

Mail-in ballots previously cast by residents in the affected areas will not be counted. Charlson said voters are being asked to fill out only the newest ballots.

“We’re telling everyone, ‘Do this ballot,’” she said. “It’s just the safest way to do it.”

Charlson noted residents have the option to return mail-in ballots via drop boxes or by mail as long as they are postmarked on or before primary day.

For affected voters who choose to vote in person, their polling place will have a list of impacted voters on hand. Provisional ballots will be issued, she said.

Another 55 voters in Northeast Baltimore who live on the border of the 45th legislative district and District 43A will receive hand-delivered ballots this weekend, Charlson said. Officials found voters who live between 1500 Woodbourne Ave. and 2074 Woodbourne Ave. were also mistakenly sent the wrong ballots.

The error was not found until Thursday, Charlson explained, so Baltimore’s local board of elections will hand deliver the mail-in ballots.

Armstead Jones, director of the Baltimore Board of Elections, blamed a narrow window between redistricting decisions and the primary date for the mistakes. The primary was delayed from June 28 to July 19 as court battles over redistricting played out. The July 19 date was not solidified until mid-April.

“You can’t do work in weeks that you’ve got to do in months,” Jones said. “These locations where it happened, seems like all of them are on the line for redistricting.”

“The numbers are not that great, but if any one person is somewhat disenfranchised, that’s a big deal to me,” Jones added.