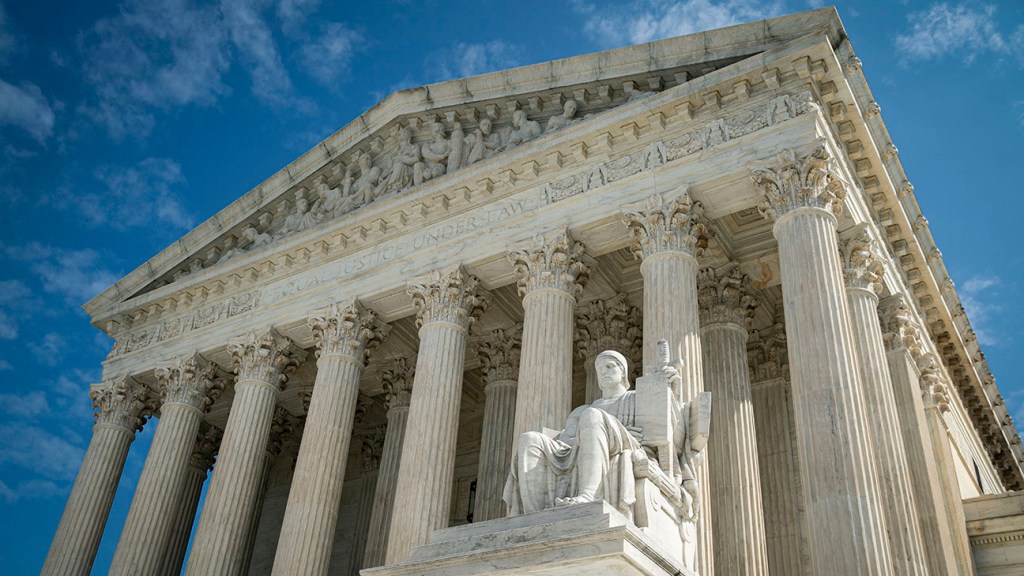 Hollywood unions sharply rebuked the Supreme Court on Friday in the wake of news that the nation’s highest court had overturned Roe v. Wade, with a few labor groups pledging to take steps to combat the decision’s effect.

Directors union the Directors Guild of America, actors union SAG-AFTRA, writers unions the Writers Guild of America East and West, crew union IATSE and theater performers union Actors Equity all issued statements in the wake of the decision, which revoked the nearly 50-year-old decision that provided Americans with the constitutional right to an abortion.

Thirteen states — including Arkansas, Idaho, Kentucky, Louisiana, Mississippi, Missouri, North Dakota, Oklahoma, South Dakota, Tennessee, Texas, Utah and Wyoming — have so-called “trigger laws” or “trigger bans” in effect that will ban abortion within that state within the next 30 days following the ruling.

The Directors Guild of America announced on Friday that its Directors Guild Foundation, which offers interest-free loans to members in financial difficulty, had approved a policy offering financial aid for travel to members traveling across state lines “to ensure they have access to safe abortion services,” no matter which state the member lives in. (The DGA bargains on behalf of directors, assistant directors and unit production managers, among others.) “Today’s Supreme Court decision is a giant step backwards for our country and puts women’s lives at risk,” union president Lesli Linka Glatter said in a statement. She added, “We are committed to making sure our members continue to have access and ability to make their own reproductive decisions and determine the path they set for their own lives. We strongly condemn this ruling and stand in solidarity with so many others speaking out to decry this travesty.”

SAG-AFTRA, whose members nationwide include film and TV actors, broadcast journalists and dancers, called the ruling “archaic and dangerous” in a statement on Friday. “Every American deserves and is entitled to an equal right to healthcare choice,” it reads. “Today, the United States Supreme Court abandoned that principle in a ruling that empowers states to enact draconian restrictions on healthcare choice and destroy lives, if we allow it.”

The union further pledged to fight “to ensure the overwhelming majority voice of the people is heard in state and federal legislative bodies,” referencing polling that suggests the majority of Americans support leaving Roe v. Wade in place. “SAG-AFTRA will fight to protect women’s right to choice and self-determination that has been recognized for decades.”

Actors’ Equity, which represents stage managers and actors who work in live theater, similarly promised action. Calling the ruling a “catastrophic step backwards for human rights in this country,” the union said it “is determined to do everything in our power to serve our members, which includes helping them access abortion care.”

Noting that many Equity members tour the country for work or live in states that may ban abortion in the wake of the ruling, Equity said it would work on connecting those members “to whatever resources are available that will help them secure abortions when they need them.”

Other unions urged legislators and individual states to fight against the decision and its effect on reproductive healthcare. IATSE, whose national members work as editors, grips, directors of photography, script supervisors and in many other roles, said in its statement that “the Supreme Court is wrong.”

The union focused on the impacts the decision could have on working-class people: “Taking away the option to receive compassionate reproductive care in the form of safe, legal abortions will disproportionally harm working-class people, force unwilling parents into poverty, worsen the already unacceptable maternal mortality crisis, imprison innocents for their biological functions (including miscarriages), and cut short far too many bright careers and lives.”

IATSE also called on lawmakers to “defend reproductive healthcare and Americans’ fundamental freedoms immediately, or face being replaced by those who will.”

In a joint statement, the member-led governing bodies of film and TV writers unions the WGA East and West — the WGA East Council and WGA West Board of Directors — said they “condemn” the decision.

“Once again, this court has chosen to ignore public opinion and to violate the privacy and health of a vast percentage of the American population. This decision will lead to injury, death, and the denial of basic human rights that allow Americans to lead the lives they choose without fear of interference or bodily harm,” the statement said. “We now look to the states to enforce existing law or to act to pass new legislation that will protect against the Supreme Court’s misguided and harmful decision.”

Prominent labor federations with Hollywood members also took a stand, with the AFL-CIO (whose members include SAG-AFTRA, Actors’ Equity and IATSE) saying, “America’s unions remain committed to the fight for gender justice and economic equity for all people,” and the Los Angeles County Federation of Labor (with members like IATSE) adding that its group “will never stop fighting for a woman’s fundamental right to freedom, as Women’s Rights Are Worker’s Rights.”

The Hollywood Reporter has also reached out to the Teamsters Local 399 for comment.

June 24, 1:39 p.m. Updated with the Directors Guild of America statement.