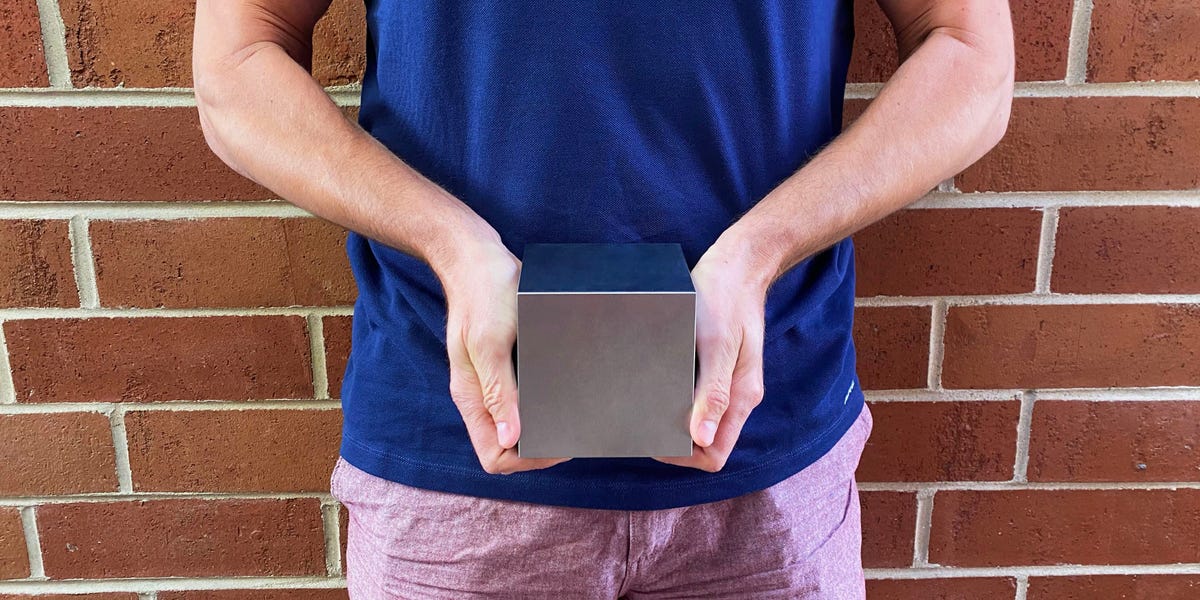 The small industrial manufacturer outside Chicago would occasionally experience a flutter of activity after a science blog or YouTube video featured one of its metallic novelty cubes, spheres, or fidget spinners.

But for a few weeks in October, the surge was like nothing they had dealt with before, MTS ecommerce director Sean Murray told Insider.

“By the third day, it was like, ‘Oh, wow, this is completely different,'” he said.

MTS was thrust into the national spotlight after a few viral tweets inspired a quasi-obsessive fixation among crypto enthusiasts with the unique tactile experience of the company’s tungsten cubes — and their extraordinary weight-to-size ratio.

Tungsten is a high-density metal — comparable to gold — that is used in a wide array of industrial applications. Even small volumes of the element are strangely heavy, with 1.5-inch cubes weighing 2.2 pounds ($199), or 3-inch cubes at 17.6 pounds ($1,599).

“We actually had what we thought at the time was multiple years worth of inventory of some of those different sizes,” Murray said.

On October 13, cube sales spiked 300% and Coindesk jumped on the story, followed by Bloomberg, Vice, and The Wall Street Journal.

Nic Carter, a VC and an early cube collector, told the Journal that the cube’s density offered a pleasing sensory contrast to the intangibility of digital currency.

“We’re just deprived of physical totems of our affection, and so tungsten fills that hole in our hearts,” Carter said.

One thing that differentiated the crypto crowd from previous buyers was the greater share of interest in the larger cube sizes.

Murray said the company was surprised by the sudden interest, but well prepared to make the most of it, since they tend to carry more inventory than other “just-in-time” manufacturers and had a well-established, rapid-order-fulfillment process.

In addition to traditional ecommerce responses like pulling staff from other areas of the company to help process orders or dealing with Amazon’s fulfillment network, Murray said he also underwent a crash-course in crypto.

“I’m just someone who, if there’s a new thing, I like to check it out,” he said.

MTS began accepting bitcoin payments on its website, and on October 22 announced it was auctioning an NFT for the largest Tungsten cube ever, measuring 14.5 inches and weighing in at a whopping 2,000 pounds.

Due to the sheer logistical difficulty of shipping an item with those specs, the cube will remain at MTS’ facilities where its owners can schedule one visit per year to touch and photograph it. The winner was a crypto group known as TungstenDAO that paid nearly 57 ETH (worth about $247,000 at the time).

“In this case, cryptocurrency-related firms are a large part of it,” Murray said.