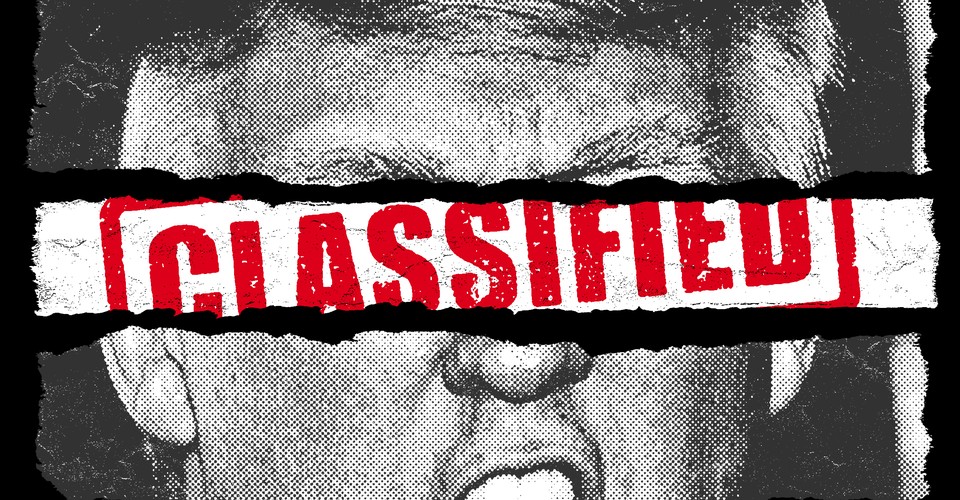 The modern rules dictating the proper handling of U.S. government records were born after a high crime. In 1974, President Richard Nixon declared that it was his right to destroy the records made in his White House, including secret recordings of Oval Office meetings. But the U.S. Supreme Court ruled otherwise. After that ruling and Nixon’s resignation, Congress passed the Presidential Recordings and Materials Preservation Act to put the Nixon materials in the National Archives, and later the Presidential Records Act of 1978, which made clear that the government—not the private citizens who once worked in the White House—owned all presidential records.

That origin story is what gives America’s archival laws and regulations their punch. Everyone from the president down to the most junior federal bureaucrat swears an oath to protect the Constitution and is informed that keeping records is a crime. Many citizens, including those who are in or have left office, have been charged in violation of these rules, their careers destroyed or damaged, some sent to prison. Even with these “lesser” cases, it is the Nixon example that sets the bar, indicating that this is not some minor issue or mere convention. Protecting the paper of a presidency is about nothing less than the rule of law, government accountability, and whether everyone in our government, and in this country, is held to the same standards.

We have both had the honor of taking that oath to serve in the executive branch (both of us as part of the Obama administration and one of us—Jon—in the Clinton administration as well). In our first days in office, we went through archival briefings, dry and detailed, and in our last days we knew that the records—good and bad—were not ours to keep and were to be preserved. That experience of working for the government underscored exactly what many Americans who have never walked into a federal building believe intuitively: The president has to follow the same rules as anyone else. This is part of why we were infuriated to learn that former President Donald Trump is reported to have removed unique materials from the White House that later had to be recovered from his Mar-a-Lago resort. And it is why we believe that the Department of Justice must investigate Trump for his handling of government records and, if the facts justify it, prosecute him, just as other less prominent Americans have been for similar behavior.

The Presidential Records Act and other archival regulations are intended to ensure that all documents and materials are protected and preserved for posterity. Executive privilege protects the president while in office; afterward these documents explain what the commander in chief and his teams did or did not do, as well as why. This accountability is linked directly to the core of the American government’s creed—that the governed, not an individual sitting in government, are the source of all authority. The law ensures that Americans will eventually know just what their government and their elected and appointed officials do with the power granted by the people. Although reasonable disagreements exist over how and when the National Archives can make these records accessible, advocates for good government and democracy agree as to the importance of eventual disclosure and accountability.

This is why Trump’s behavior has caused an uproar, and why the National Archives has also asked the DOJ to investigate. Although the 45th president’s predilection for tearing up documents (and also reportedly flushing some down the toilet) has gotten the most attention, the brazen theft—and it is theft—of at least 15 boxes of materials from the White House is most alarming. The materials taken were not private reflections written in a diary but, among others, correspondence with the North Korean dictator Kim Jong Un, according to The New York Times. This is exactly the sort of material—sensitive communications with another head of state—that is crucial to preserve. Though who knows what may still be missing, National Archives staff seem to have secured most of this material at Mar-a-Lago, and Trump claims it occurred without incident. And as could have been predicted, some of the stolen materials appear to have been classified, and left vulnerable for the past year. On Thursday The Washington Post reported that some of the information taken to Mar-a-Lago was designated “top secret.” This is no longer just a case of removing materials important for historians and accountability. This has morphed into a full-blown intelligence scandal that could undermine both national security now and democratic norms in the future.

In truth, records laws have lost some of their power due to unequal enforcement, with relatively lenient punishments given to recent high-profile offenders. But letting stand Trump’s affront to the law could do far greater damage still. If the DOJ does not hold a president accountable for misconduct, it will weaken a standard, perhaps irrevocably, that has prevailed for nearly 50 years. When you serve at the pleasure of a president, as so many in the federal government do, knowing whether the person in the office will be held accountable matters. If they are not, anyone taking the oath on their first day or closing up their files on their last will do so with the understanding that the rules only matter in certain cases, or that they do not matter at all. In time, mistakes and mischief may proliferate from the top down, especially in administrations less dedicated to following the rules. In administrations where presidents set the right example, such standards remain in place, but if in the future other leaders are less principled, maintaining these laws will be even more important.

In that way, those 15 boxes represent another of Trump’s blows to democracy. At a time when the rule of law and basic democratic norms are under attack, responding to clear violations of the rules is even more important. If the country does not hold the former president to account for breaking a law, what’s to stop the next one?