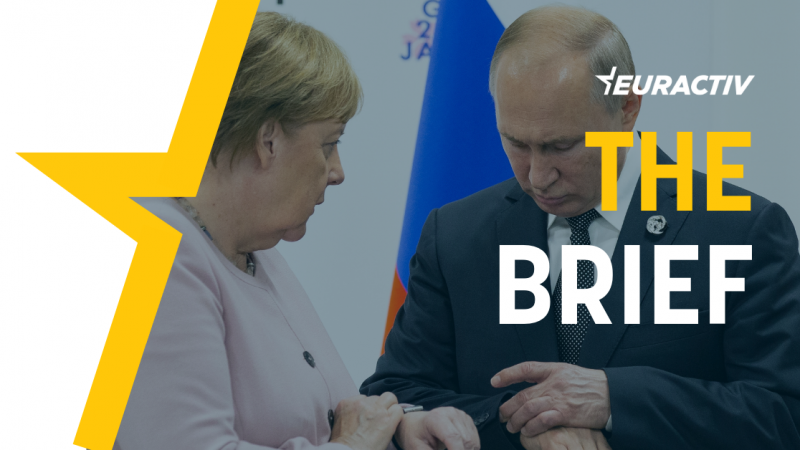 The current stand-off at the Belarus-Poland border will enter the geopolitics textbooks. At least we hope so because the alternative might trigger an outright war, and then we will forget about textbooks.

In the past, much less was often needed as casus belli. In our times, outright war should absolutely be avoided because the spillover could trigger a nuclear holocaust where everything will burn, books first.

Vladimir Putin likes such atmospherics. It is not by chance that his nuclear-capable strategic bombers are currently flying over the area.

Is Europe under siege? On the south-eastern flank, Turkey is eagerly waiting on the sidelines.

Erdogan’s Turkey stands ready to release another human wave, as he did in 2020, this time in at least at three strategic locations: the Greek islands, the Evros river (Meric in Turkish, Maritsa in Bulgarian), and Cyprus, where a large number of refugees from the Middle East have started crossing from the Turkey-controlled north of the divided island.

Outgoing German Chancellor Angela Merkel has spoken to Putin by phone in one of her last acts as Europe’s chief power broker. This is what she might have said and how he might have responded. She speaks Russian, and he speaks German.

–     Angela, don’t listen to what the Poles are saying. I’m not responsible. If you have a problem, speak to Lukashenko.

–       But this is not my problem. I don’t have a problem. You have a problem. And tell the Poles to behave themselves. What are these crazy ideas about a regime change in Minsk? And I hear all kinds of stupid things like diverting airplanes bound for Minsk… Remind them that Russia has obligations to support Belarus militarily.

–        Angela, I am not. You guys, and your American friends, have been encouraging the Poles ever since the Berlin Wall fell. Don’t be surprised now that this is the result you have achieved.

–     Vladimir, I’m more fed up with the Poles than you are. And I have been giving more attention to your concerns than anybody else. You know that. And I will be gone soon. Speak to Lukashenko and stop this. In the name of our cooperation.

–         Счастливо, Angela, but let those Poles behave themselves!

Indeed, if a single person can defuse the tensions, his name is Vladimir Putin – but he wouldn’t do it for free. And after Angela is gone, his interlocutor will not be the next German chancellor but Emmanuel Macron in Paris.

The prize Putin covets for his mediation is only one – the acceptance by the West that Ukraine is Russia’s backyard. And it would be easier for him to obtain it from Macron, who in his most important speeches on foreign affairs repeatedly mentions Russia but usually omits to mention Ukraine.

Ukraine knows this, of course, and it’s not by chance that its foreign minister is now in Washington. But the Biden administration is obsessed with China and has no stomach to divert more efforts to European tensions at this point in time.

The end game of the Belarus-Poland border crisis is not yet certain. But there is a strong hypothesis that a lot is at stake.

A message from The Martens Centre for European Studies: Thinking Together for the Future of Europe

At the Martens Centre we have been reflecting on our common European future with our agenda For a New Europeanism. Be sure to read our publications on the topic and join the online discussion on the Future of Europe using the hashtag #ThinkingTogether! Read Our Publications >>

Countries bordering Belarus (including Lithuania, Estonia and Latvia) are concerned, too — leaders have condemned  “the deliberate escalation of the ongoing hybrid attack by the Belarusian regime, which is posing serious threats to European security.” Fears are rising about the use of migrants as a weapon, which could escalate into a military confrontation.

In response, the EU is considering imposing sanctions on Belarus’ main airport in an attempt to make it more difficult for airlines to bring in migrants. The new sanctions, which include asset freezes and travel bans, could be approved as early as next week.

As the EU struggles to manage an unusual influx of refugees and migrants across its external borders, UN Refugee chief Filippo Grandi emphasised that EU leaders cannot justify xenophobia, pushbacks, and violence when tackling the crisis. Grandi said EU member states must reject the “me first; my country first” approach to refugees, climate, and COVID and embrace the concept of international cooperation.

In an open letter, 28 environmental and health organisations across the EU have called for action on agrochemical data ‘blind spots,’ saying that they undermine the EU’s green goals and fuel mistrust. The letter’s publication comes amid the EU reform of agriculture statistics, awaiting the Parliament’s position on its first reading.

The European Commission’s ambition to tie the EU’s farming subsidies programme to the European Green Deal is set to fall victim to pressure from member states in a behind-closed-doors procedure.

The COVID-19 pandemic exposed flaws in EU health systems, which stakeholders and policymakers are in the process of fixing. Patient access to the same high standards of care should be at the core of the re-thinking process of health systems after the pandemic, one MEP says.

MEPs voted on Thursday for transparency, close cooperation and an in-depth review of Health Emergency Preparedness and Response Authority (HERA) operations, aligning the new EU health emergency body with future regulations on cross-border health threats. Since its launch, HERA has faced heavy criticism from EU lawmakers who felt left out.

The European Parliament has overwhelmingly endorsed a resolution to protect journalists and critical voices from abusive lawsuits, otherwise known as Strategic Lawsuits Against Public Participation (SLAPPs). The lawsuits are increasingly being used against investigative journalists to financially exhaust them and intimidate them into dropping sensitive stories.