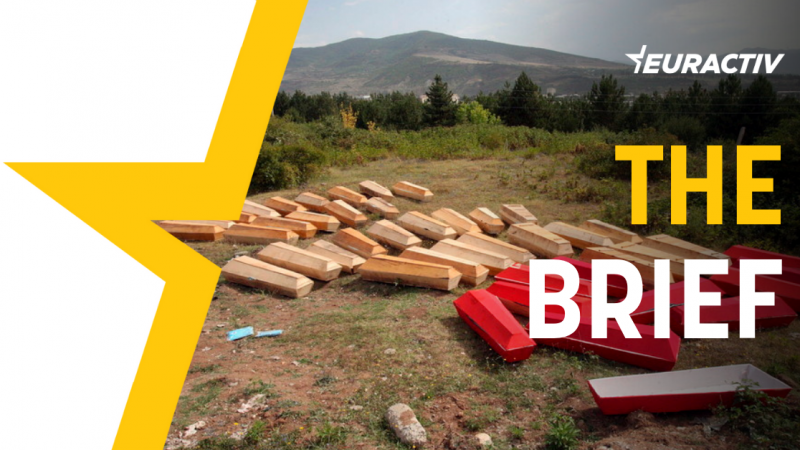 In an ideal world, hostilities should stop during the Olympics. But experience shows that, on the contrary, the Olympics are often a dangerous time.

The Olympic Truce is a tradition originating from ancient Greece and dating back to 776 BC. Fighting ceased for seven days before, until seven days after the games, allowing athletes and spectators to travel to ancient Olympia, participate, and return to their homelands safely.

Later, the Olympic Truce became symbolised by the white dove.

Since 1993, the United Nations General Assembly has adopted the Olympic Truce resolution two years before every games, unanimously calling for “all hostilities to cease during the games, thereby mobilising the youth of the world in the cause of peace.”

Despite the beauty of historical symbols, the Olympic Truce has hardly been respected.

Those who fear a Russian invasion of Ukraine may remember that during the Summer Olympics in 2008 (in Beijing again) Russia found an excuse to invade Georgia (which still leaves the country depleted of Abkhazia and South Ossetia, or 20% of its territory).

In 1968 in Mexico, the Olympic Games took place 10 days after the Mexican army opened fire on youth demonstrators during a protest against police brutality, causing between 200 and 300 deaths, in a tragic incident known as the Tlatelolco Massacre.

From Hitler’s Germany in 1936, unfortunately, Olympic ethics have been dubious, and the games have often served to promote the grandeur of the host country – or its megalomania.

The Sochi Winter Olympics took place in February 2014, not far from Crimea, annexed by Russia in February and March that year. The combination of the Olympics and the Crimea annexation reportedly boosted Putin’s popularity to an all-time high.

In the case of the 2022 Winter Olympics, it is incredible how it was decided to bring the games to Beijing, a place almost completely lacking perhaps the main ingredient needed for Winter Olympics – snow. But Beijing now takes pride in being the first city in the world to have hosted both the Summer and Winter Olympics.

If China was serious about climate, it should have organised the Olympics in snow-covered and mountainous Xinjiang. However, Xinjiang, reportedly a region where one million Uighurs are detained in so-called “educational centres”, is somewhat off limits.

Using sports as bait for propaganda is a disgrace but is a story has been repeating itself for many years under the watch of the International Olympic Committee. They are supposed to be the guardians of the Olympics ethics,  but the question is, who guards the guardians?

The European executive is pushing for the recognition of parenthood in one country to result in bloc-wide recognition of familial ties, but the initiative could create a rift across the bloc due to the inclusion of rainbow families.

New legislation tabled by the European Commission would oblige airlines refuelling at EU airports to uplift kerosene mixed with a set percentage of sustainable aviation fuels. The proposed ‘ReFuelEU Aviation’ regulation is a basis to ensure that industry bears the true cost of aviation’s impact on the environment, argues MEP Jutta Paulus.

The debate over compensating plasma donations remains one of the most sensitive issues in the revision of the EU’s blood, tissue, and cells legislation.

A total of €5.6 billion will be allocated to decarbonising industry as part of the France 2030 plan, French Prime Minister Jean Castex announced during a visit to the ArcelorMittal site in Dunkirk on Friday.

Still in France: Paris reaffirmed its ambition to see the emergence of tech giants on European soil during the first day of the EU Digital Sovereignty Conference in Paris on Monday.

Bulgaria found itself in a difficult situation after a local court ruled that the US Magnitsky Act, which sanctioned three high-profile Bulgarians in June 2021, cannot be applied in the country.