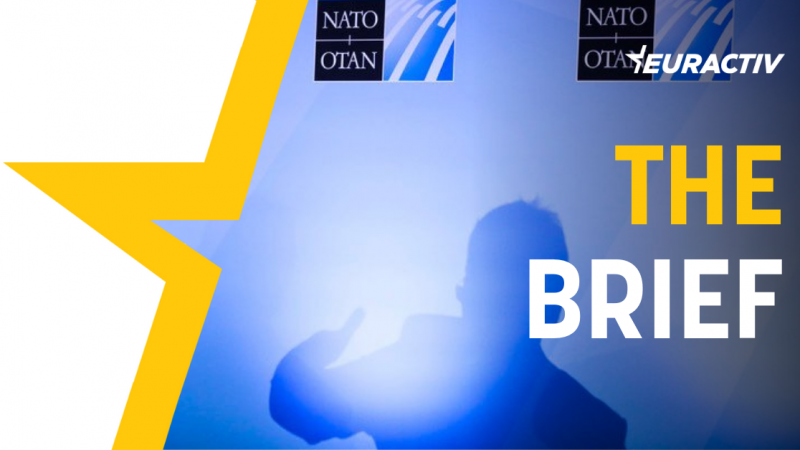 With less than four months to go until a crucial NATO summit in Madrid and incumbent Secretary-General Jens Stoltenberg on his way out, the Western military alliance’s leadership carousel has slowly started spinning.

There is no formal procedure to choose a successor, it all relies on building consensus between members until a name emerges that all of them can sign up to.

So far, NATO’s secretary-general has always been a European, while the Supreme Allied Commander for Europe (SACEUR) has always been an American – an unwritten rule that has been followed with military precision.

Several European names have already circulated in backroom talks among NATO officials, security experts and national diplomats in Brussels, focusing on the merits of potential candidates for the top civilian NATO post.

Just like with the Vatican’s conclave to elect a new pope, early frontrunners easily risk being burned. And, just like with the EU’s derailed Spitzenkandidaten process, it could happen that a dark horse emerges victorious in the end.

EURACTIV gathered from conversations around town that there seems to be growing consensus it should be time for the first woman at NATO’s helm, after more than 70 years of existence.

Instead of focusing on names, let’s focus on more practical aspects the civilian top job calls for and tick the boxes:

Ideally, a female, a good mediator with disciplined communications, a government leader with crisis management experience, coming from a transatlanticist member state. Not being egocentric is a plus.

Additionally, a successor candidate needs to have the backing of his/her native country’s government, which could prove a hurdle for former leaders putting forward their candidacy, depending on domestic politics.

And, of course, no candidate has a chance to take the top job without the backing of Washington.

Now let’s dig a bit deeper into the potential criteria.

Strategic challenges: Post-Afghanistan and with Russia and China likely to feature high on the alliance’s upcoming strategy document, NATO’s Strategic Concept, the candidate will have to be conscious of a flurry of new threats and challenges, such as climate change and human security.

Geography: It is more likely for a newer or smaller member state to score the top job. Britain and the Netherlands have provided three of the previous 13 secretaries-general, followed by Belgium with two, and Italy, Germany, Spain, Denmark and Norway with one each.

With the current tensions with Russia over Ukraine, a number of member states have been pushing the idea of selecting an Eastern European for the post, to send an important signal to Moscow, several diplomatic sources told EURACTIV.

However, there also seems to be a notion that a Baltic candidate would be too hawkish on Russia for the French and Southern European allies.

Political context: Between talks of European strategic autonomy in security and defence on the one side, a political commitment to deepen EU-NATO ties on the other and the fact that 21 of the 30 alliance members are also EU members, it’s a safe bet a candidate from the EU27 could make the cut.

And there is one interesting precedent: With Javier Solana, a former EU high representative took the job. (And we’re not hinting at Josep Borrell here, but rather at his predecessor).

A Brit, meanwhile, would represent an unconventional pick after Brexit, despite London traditionally aspiring to be the security bridge between both sides of the Atlantic.

Then defence spending rates and general alliance commitment of the candidate’s home country also enter the equation. Internally, a pick from a good ally and partner would be seen more credible than one whose nation is not fully committed to its treaty obligations.

Other top jobs: The four EU top jobs are taken by a German, a Belgian, a Spaniard and a Maltese, respectively, two men, two women. The European Central Bank is headed by a French woman, the UN by a Portuguese and the IMF by a Bulgarian.

The stage is set, backdoor negotiations are gaining traction, but as to who will win, our guess is as good as yours.

Two years after the EU set out its blueprint for a ‘strategic partnership’ with Africa, the EU-African Union summit designed to seal the deal takes place in Brussels next Thursday (17 February). A series of glossy initiatives and promises will be unveiled but much still hangs in the air.

Lawmakers from across the political spectrum voiced support for a new EU fund to shield poor households from the impact of the green transition, although views diverge on where the money should come from and where it should go.

As science reveals more and more links between air pollution and the effects of COVID-19, the pressure is mounting on the European Commission to set high ambitions in the upcoming revision of the EU’s Air Quality Directive.

Hundreds of researchers and organisations across Europe have repeated their demands for the EU to quickly confirm the association status of the UK to Horizon Europe, the EU’s research and innovation programme.

French parties must not change the country’s national strategic plan in the event of a change of government after the elections in April, according to a Commission official, who told EURACTIV that the plan’s “core elements” must not be touched and only fine-tuning would be possible.

Meanwhile, French health minister Olivier Véran announced that a ‘Grenoble Declaration’ would soon be signed by his European counterparts to “mark a time that counts in the history of European health.”

Renewable energies are to be used in German agriculture, as the agriculture, climate and environment ministries led by three Green ministers want moor areas – which are key for the climate – to be connected to agricultural photovoltaics. EURACTIV Germany reports.

Western Europe performed well in the latest ranking on access to contraception and information about it. On the other end, Poland remained the laggard for the second year running, scoring lower than ever and underscoring the growing east-west divide.

The Slovak government has approved its Common Agricultural Policy (CAP) national strategic plan for submission to the European Commission despite several attempts by cabinet ministers to stall the process.

Finally, don’t forget to check out our latest Digital Brief for a roundup of weekly news.