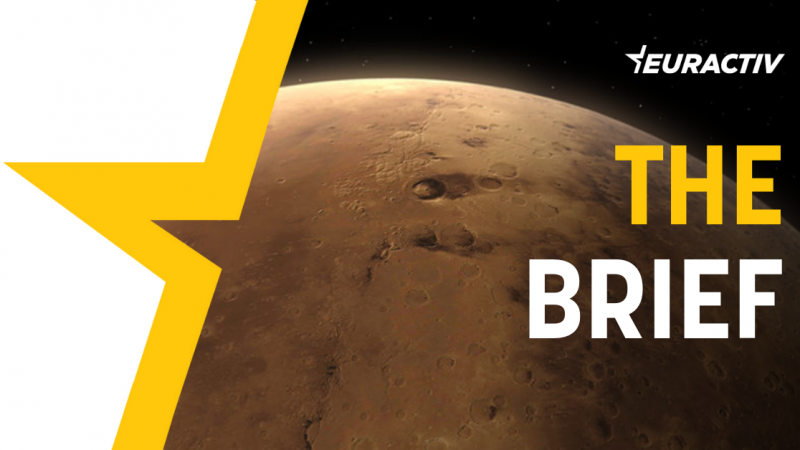 As the conflict between Russia and Ukraine continues to simmer, the EU ponders where it could get natural gas from, should Moscow decide to cut its supply. There are many alternatives but none of them appear to be viable.

It all started with the gas crisis in the winter of 2008-2009. Due to a Moscow-Kyiv conflict of smaller proportions, gas stopped flowing across Ukraine and parts of Europe froze. Suddenly Europeans started thinking about alternatives.

Poland was the most enthusiastic, mainly due to the 5.3 trillion cubic metres estimated in its reserves. Other sources said Romania had enough shale gas to cover domestic demand for more than a century.

Shale gas, at one point, was even seen as an alternative to coal. But it was not to be, and in early 2015 the US industry majors suddenly left Poland and Romania, along with the dream of shale gas sufficiency.

The reasons for this departure have never been clarified. The EU was hesitant, the anti-fracking lobby got the upper hand, there were protests and even whispers of Russian hybrid influence and propaganda. Whatever the reason, Europe soon abandoned its plans to develop its own gas resources.

Thus the search began for other sources for European gas but nothing solid ever materialised.

The US idea to bring gas from Iran via the Nabucco pipeline did not work, mainly due to hostilities between the two nations. Washington tried to develop a relationship with Azerbaijan after gas was found in the Caspian Sea, yet Nabucco was still not destined to be.

Instead, Azerbaijan teamed up with Turkey to create a project that worked – the Southern Gas Corridor. The downside to this is the fact that Turkey is a big consumer, and the volumes destined for the EU are not enough to satiate demand.

Growing uneasy, EU countries looked at US liquified natural gas (LNG), coined as ‘Freedom gas’ by EURACTIV’s Frederic Simon in an interview with a senior US official.

But the price of American and Qatari LNG is markedly higher than pipeline gas from Russia, and there is not enough of it. Moreover, some regions in the EU are ill-equipped with terminals and re-gasification plants.

Other projects in the pipeline, such as EastMed, bringing gas from offshore fields close to Israel, are plagued with political problems and are far from realisation because of substantial technical work needed.

If the EU wants gas from sources other than Russia, it should try harder, and if the prices are stratospheric, it may as well try to import it from Mars.

Having said this, it is not very likely that Russia would cut supplies to the EU unless the current standoff gets out of hand. Russia needs our money just as much as we need their gas.

Behind the scenes, Russia’s goal is to pressure the EU to greenlight the Nord Stream 2 pipeline, which would replace gas transversing Ukraine. But if Russia invades Ukraine, Nord Stream 2 will be axed, and then yes, we will face gas disruptions.

But if there is an invasion, the world will not be the same and gas will be the least of our problems.

In the short term, it is in the EU’s utmost interest to seek de-escalation between Russia and Ukraine. In the long term, the EU should rapidly identify alternatives for its gas supplies – ideally from sources less distant than Mars.

Most importantly, when they find the right project, they need to move heaven and earth to make sure it flies.

Germany has fallen far behind its targets for expanding e-car infrastructure and will likely miss its 2030 e-mobility target, according to the German Association of the Automotive Industry (VDA).

Europe is in danger of failing to meet the transport industry’s soaring demand for sustainable liquid fuels due to EU restrictions on biofuels, a new industry position paper has claimed.

Google does not sufficiently guarantee it protects European’s data gathered via Google Analytics, France’s data watchdog CNIL announced on Thursday. With Austria having recently issued a similar decision, the days of Google Analytics in Europe could be numbered.

Too many doses of vaccines delivered to Africa are wasted, according to both the French EU Council presidency and the European Commission, who now want to strengthen local health systems to ensure that these doses are administered to the population.

Several European countries are lagging behind on their strategies to tackle discrimination and inequalities faced by Roma, casting doubts they will be able to reach already “unambitious” targets, experts warn.

While Austrian Agriculture Minister Elisabeth Köstinger was keen to put the question of a mandatory origin label on the table of this week’s informal ministerial meeting in Strasbourg, participants said it did not make the cut.

Paris police said Thursday they would ban so-called “freedom convoys” inspired by a truckers’ protest against coronavirus restrictions that has paralysed the Canadian capital Ottawa.