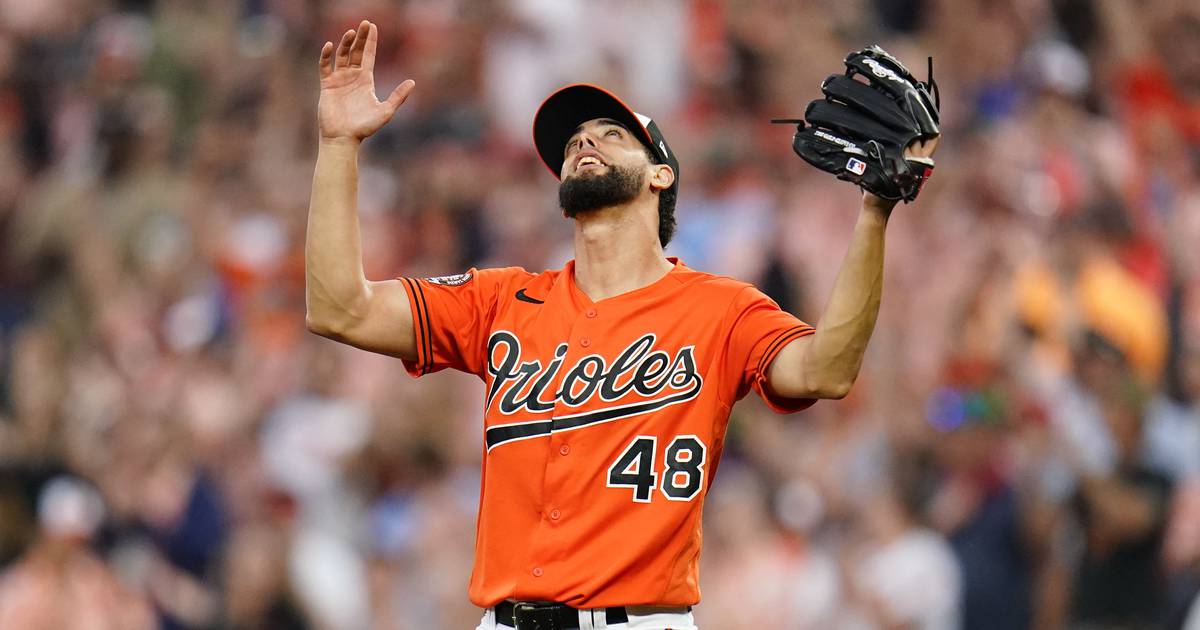 They say all good things must come to an end.

The Orioles lost their series opener against the Tampa Bay Rays, 5-4, on Friday night, ending their improbable 10-game winning streak. The club’s longest stretch of victories since 1999 propelled them back into playoff contention, serving as the first signs of life of a rebuild that begin four seasons ago.

Here’s a look at some of the most notable facts and figures from one of the team’s most successful runs in years:

A 5-4 loss to the Tampa Bay Rays on Friday night ended the Orioles’ 10-game winning streak, their longest since 1999. https://t.co/Li9F2mk2OG

The last time the Orioles won at least 10 games in a row in one season was 23 years ago, when the 1999 club won 13 straight from Sept. 7 to Sept. 22. That streak is tied for the club’s second-longest during one season since it moved from St. Louis to Baltimore in 1954. The franchise record is 14 straight, which was accomplished twice and most recently in 1973. (The 1970 and 1971 Orioles won 17 and 16 straight, respectively, between the regular season and playoffs.)

According to STATS Perform, the Orioles are the second team in MLB history to lose at least 110 games one season and then have a winning streak of nine games or more the next. The other was the Louisville Colonels, who went 27-111 in 1889 before having winning streaks of 12, 11 and 10 games in 1890.

According to The Athletic’s Jayson Stark, with the help of Baseball-Reference’s Katie Sharp, only one other team in MLB history has ever had a winning streak of 10 games or more in the same season it picked first in the draft: the 1996 Pirates, who drafted right-hander Kris Benson No. 1 and later won 11 in a row in September. But no team has ever had the first pick and won 10 games in a row in the same week.

Stark and Sharp also note that the Orioles — who went 153-333 over the previous three full seasons — set a record for the worst three-season stretch to precede a double-digit winning streak, doing so by nearly 50 games.

The Orioles’ pitching staff entered the season as a major question mark, but the emergence of a steady bullpen and contributions from young starters Tyler Wells, Spenser Watkins and Dean Kremer have been a pleasant surprise. According to ESPN Stats and Information, the Orioles posted a 2.93 ERA during the streak, which ranked sixth in the majors during that span.

Eric Green hoped to finish his career with the Ravens. His son Elijah might start his with the Orioles. https://t.co/p1wywuaiuc

The winning streak put the Orioles (briefly) back over .500 along with the other four teams in the American League East. According to ESPN’s Jeff Passan, the last time all five teams in a division were above .500 this late into the season was July 15, 2012, when the AL East was a combined 236-207. Entering Friday, the division was a combined 249-194.

According to ESPN Stats and Information, the Orioles are the first MLB team since at least 1990 to win 10 straight games in a season despite entering Opening Day with the league’s lowest payroll. The club’s 26-man roster entered the season with a $43.7 million payroll, according to Cot’s Contracts.