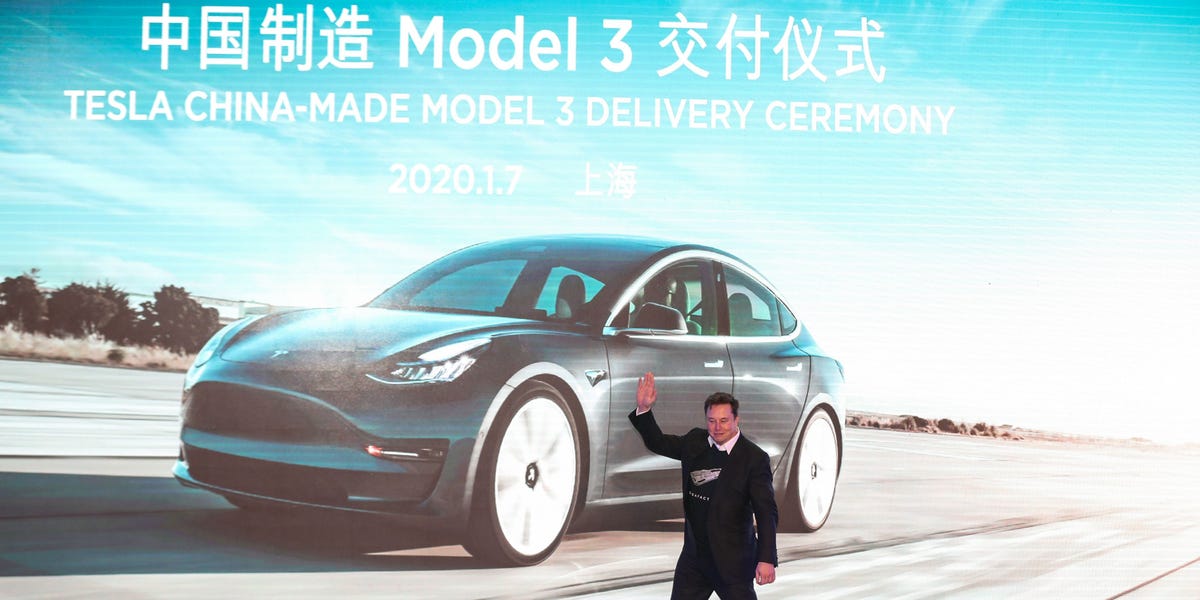 Shares closed up 9.4% at $711.11 and climbed as much as 12% to touch a nearly three-week high. The stock this year has taken a beating in part as the broader tech sector has been knocked down by concerns about higher interest rates and

fears. Tesla shares through 2022 had lost 38% through Friday’s session.

“As anyone knows who has tried to order a Tesla, the demand for our cars is extremely high and the wait list is long,” Musk said via video link at the Qatar Economic Forum during his interview with Bloomberg. “This is not intentional … we are increasing production capacity as fast as humanly possible.”

He made his comment as he addressed job cuts taking place at the company. Tesla is in the process of laying off 10% of salaried staff. “We grew very fast on the salaried side and we grew a little too fast in some areas, and so it requires a reduction,” he said.

With Tesla’s workers split at about 66% hourly workers and 33% salaried, the layoffs translate into a cut of around 3% to 3.5% of Tesla’s total workforce, Musk said.

Tesla has raised the price of its cars several times this year, and this month increased the prices in the US amid persistent global supply chain issues.

Vehicle production has been ramping up at the company’s Shanghai Gigafactory, which was responsible for half of Tesla’s global production in 2021. The company had to shut down work at the factory for three weeks in March 2022 because of a citywide lockdown to slow the spread of COVID-19.