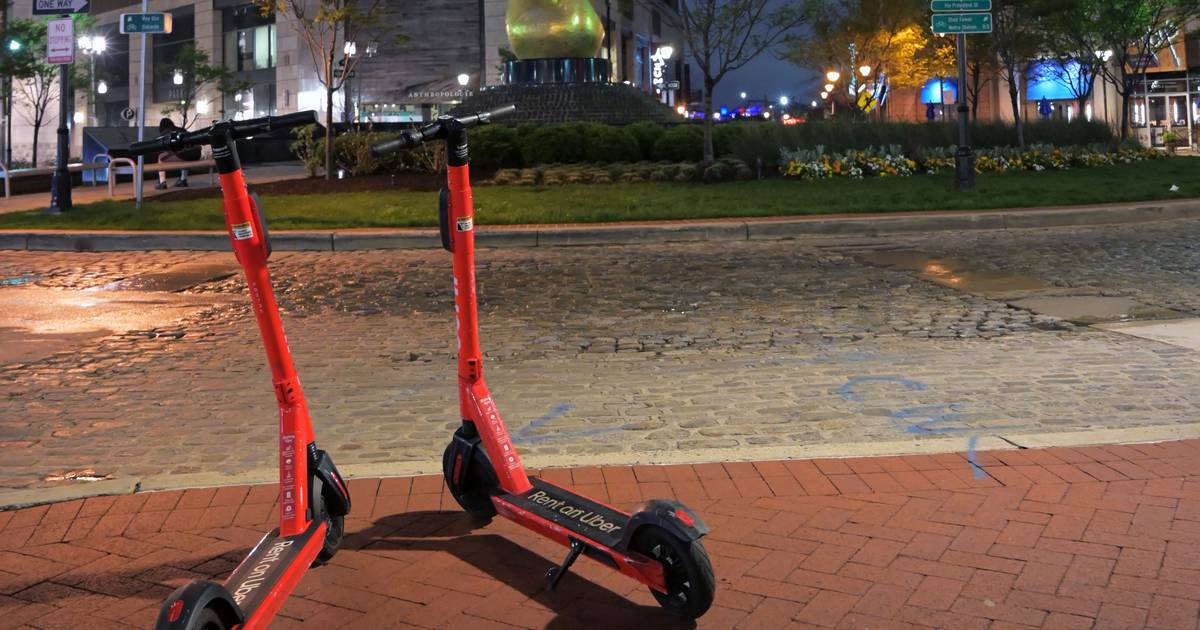 A teenager died Monday after he was hit by a car while riding a scooter near Baltimore’s Inner Harbor on Sunday night, police say. The driver fled the scene after the crash.

Officers were called to the 300 block of Light Street in Baltimore at 11:13 p.m. Sunday, according to a news release from Baltimore Police. There, they found medics tending to a 19-year-old man. Witnesses said he had been riding a scooter when he was struck by a car, which drove away from the crash.

He was transported to the hospital, where he was pronounced dead on Monday.

Investigators from the Baltimore Police Crash Team are investigating the incident, according to the news release.