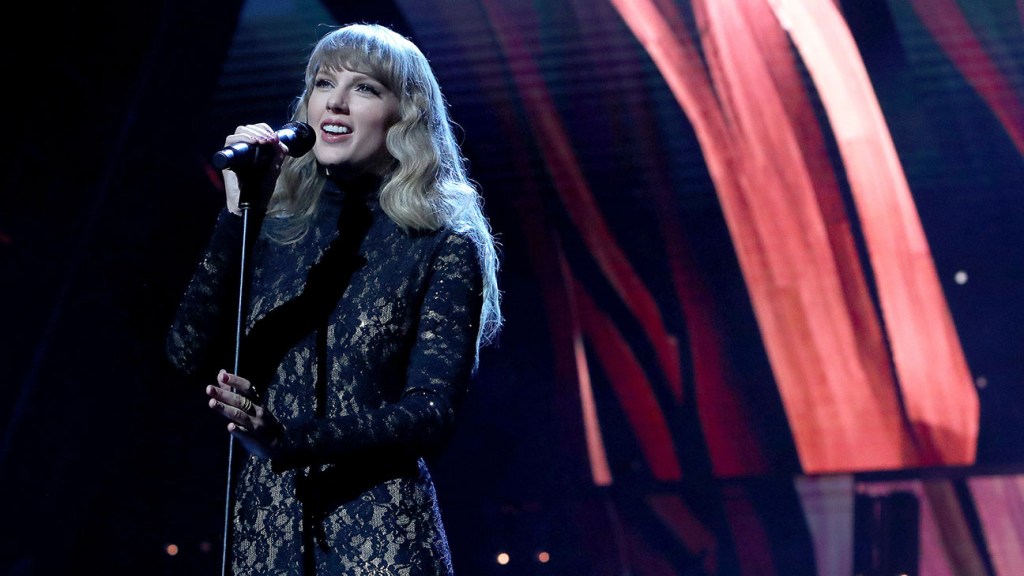 Taylor Swift is bringing back the fall feels, scarves and heartbreak woes with the release of her re-recorded “Taylor’s Version” of her album, Red.

The 30-track album dropped Thursday evening. Marking the occasion, Swift tweeted: “It never would have been possible to go back & remake my previous work, uncovering lost art & forgotten gems along the way if you hadn’t emboldened me. Red is about to be mine again, but it has always been ours. Now we begin again. Red (my version) is out.”

After already releasing Fearless (Taylor’s Version) earlier this year, the singer announced in June that next in the revival lineup would be 2012’s Red, with the addition of unreleased “from the vault” songs. She later revealed on Sept. 30 that the album would release a week earlier.

“This will be the first time you hear all 30 songs that were meant to go on Red,” Swift announced on social media at the time. When reflecting on re-recording the album, Swift said, “Musically and lyrically, Red resembled a heartbroken person.” “It was all over the place, a fractured mosaic of feelings that somehow all fit together in the end. Happy, free, confused, lonely, devastated, euphoric, wild, and tortured by memories past,” she wrote.

The album, which originally featured 16 songs on the standard version and 22 songs on the deluxe edition, was home to her hit singles “We Are Never Ever Getting Back Together,” “I Knew You Were Trouble” and “22.”

Swift has previously revealed that her heartbreak anthem “All Too Well” — long speculated to be inspired by her former relationship with Jake Gyllenhaal —  was originally 10-minutes long, leaving fans to long hold out hope that the extended version would be released. Swift seemingly confirmed she would share the longer version when teasing the re-recorded album’s upcoming tracklist. “And hey, one of them is even ten minutes long,” she wrote.

To promote and celebrate the album’s rerelease, Swift joined hosts Jimmy Fallon and Seth Meyers on their respective late-night shows on Thursday evening.

The singer also recently announced that she’ll release a short film of “All Too Well” that she directed and wrote. Dylan O’Brien and Sadie Sink are set to star in the film, premiering Friday.

When Swift rereleased her album, Fearless (Taylor’s Version) in April, the album debuted at No. 1 on the Billboard 200 chart — she also unveiled songs “from the vault” which included collaborations with country singers Maren Morris and Keith Urban. For Red (Taylor’s Version), it was revealed that this time Swift will have collaborations with Chris Stapleton, Phoebe Bridgers and Ed Sheeran. She will also include her editions of “Better Man” and “Babe”, songs she penned that were eventually recorded by Little Big Town and Sugarland.

Though the original Red album earned nominations for the 56th annual Grammys, including album of the year, it failed to secure a win. Swift shared in an interview with Grammy Pro that she “cried a little bit” after not winning and that would mark the night she decided that her next album, 1989, would be a pop album.

The announcement of her version of Red came as a surprise to fans with many expecting the singer’s next installment of her rerecording series to be 1989 — especially after providing Easter Egg clues to the album during an appearance on The Late Show with Stephen Colbert and revealing that the re-recorded version of her single “Wildest Dreams” would be featured in the movie Spirit.

However, the singer has since continued to drop Easter eggs. After a fan shared a TikTok video that noticed the car featured in the “All Too Well” short film teaser was a car made in 1989, Swift teased, “Can’t stop won’t stop being cryptic and weird- that’s just the beginning it’s gonna be a fun week.”