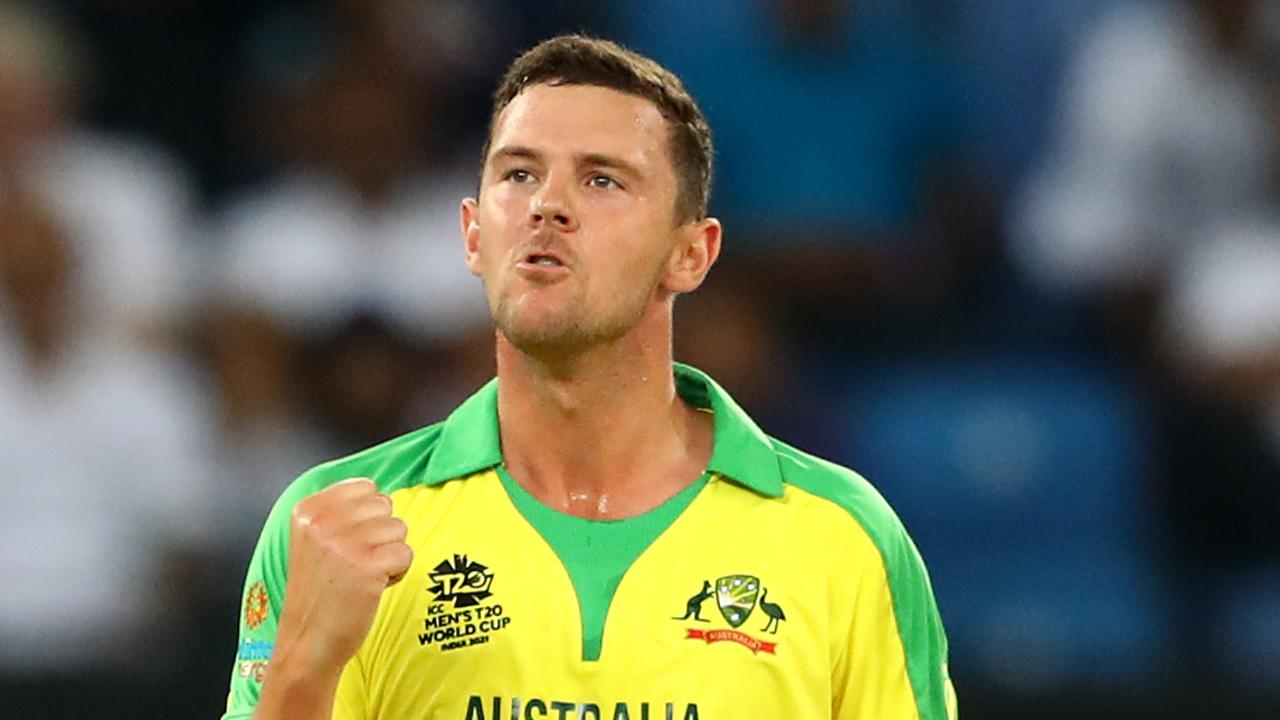 Just hours before the T20 World Cup between Australia and New Zealand, reports have emerged of earthquake tremors in Dubai.

A new T20 world champion will be crowned tonight, with Australia and New Zealand competing for their maiden title on Monday morning AEDT.

After two enthralling semi-finals — both of which were won by five wickets with six balls to spare — the tournament will close with a trans-Tasman battle in Dubai.

Australia takes on New Zealand in the ICC T20 World Cup Final on Monday (1am AEDT) on Kayo. New to Kayo? Start your free trial today.

“I felt the ground shake and the lights were moving,” a Dubai resident told The National.

It was later confirmed that the United Arab Emirates was experiencing aftershocks of a powerful magnitude 6.1 earthquake in southern Iran, with tremors also felt in Saudi Arabia.

However, reporters at Dubai International Cricket Stadium claim they did not feel any aftershocks.

New Zealand’s innings: As it happened

There was no swing on offer for Australia’s quicks during the Powerplay, and New Zealand’s openers took advantage by cracking 23 runs from the first three overs.

Australian wicketkeeper Matthew Wade put down a tough chance in the third over off Glenn Maxwell’s bowling, gifting the dangerous Martin Guptill an extra life on 10.

Josh Hazlewood provided the first breakthrough for Australia in the fourth over, removing Daryl Mitchell with a well-executed slower ball that caught the outside edge.

Soon after, the Kiwis registered their lowest Powerplay score of the tournament, mustering just 32 runs in the opening six overs.

The New Zealanders stomped on the brakes after Mitchell’s dismissal, scoring just 14 runs from the following 29 deliveries.

But skipper Kane Williamson broke the shakles in the ninth over, cracking back-to-back boundaries off all-rounder Mitchell Starc.

If recent results are anything to go by, Australia will be feeling fairly confident after winning the toss and electing to field first.

Eleven of the 12 matches played at Dubai International Cricket Stadium in this tournament have been won by the team chasing.

“It looks a little bit drier than the one we played on last,” Australian captain Aaron Finch said.

“It might skip on with the new ball and hopefully it stays that way.”

Finch has now won 14 out of 17 tosses in T20 internationals this year.

Australia has named an unchanged XI for the must-win clash.

The ‘matchwinner’ who’s yet to fire

Glenn Maxwell was touted as the man who would lead Australia to T20 World Cup glory leading into the tournament, but the “Big Show” has been more of a “No Show”.

In six knocks, the Victorian has scored 36 runs at an average of 9.00; but what’s even more concerning is Maxwell’s dismal strike rate of 78.26.

He’s also yet to clear the boundary rope during the tournament.

Speaking to Fox Cricket, Australian great Shane Warne was adamant Maxwell could still be a “matchwinner” in the final if he lets himself settle at the crease.

“I know he hasn’t got the runs he would’ve liked and he’s had a few opportunities in this tournament so far, but I think he’s the type of guy who’s never out of form, the next innings could be the one,” Warne said.

“For me, you’ve just got to have him in your side because he can do so much and he can mess with the bowlers.

“I think when Maxwell’s at his best he gives himself a chance and he’s a little bit more selective, he doesn’t try and impose himself too quickly. He gets himself in, he plays nice and straight and knocks it down the ground and then when he starts to get a few boundaries away, that’s when he’ll start getting funky and try his different shots.

“Sometimes he probably outsmarts himself because he’s got so many shots. There’s not too many batters in the world that have Glenn Maxwell’s shots. Give yourself a chance, Maxy, would be my advice, and then take them down.”