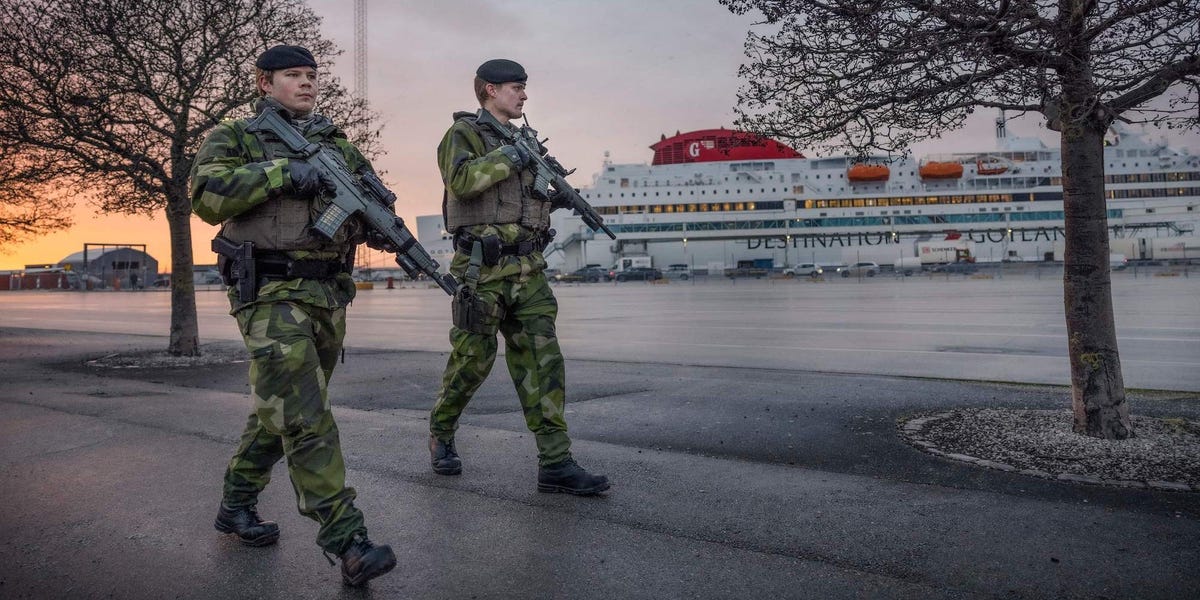 STOCKHOLM (AP) — A top military chief in Sweden said Friday that there is increased Russian activity in the Baltic Sea which “deviates from the normal picture,” leading the Scandinavian nation’s military to raise its preparedness.

“We have decided to reposition our troops. It does not have to mean an increased threat, but we always want to adapt to the prevailing situation,” Lt. Gen Leif Michael Claesson told The Associated Press.

Sweden, which is not part of NATO, has among other things noticed a number of landing craft from Russia’s northern navy which have been entering the Baltic Sea.

Claesson who is the operations manger at the Swedish Armed Forces, said that some of the measures taken by the Swedish military will be visible and others will not be.

“We will act in different locations in Sweden, in different manners,” he said, adding they would be visible on the strategically important Baltic Sea island of Gotland that sits a little more than 186 miles from the Russian Baltic Sea exclave of Kaliningrad.

On Thursday, a guard platoon was seen walking in the harbor of the island’s main town, Visby, as well as in other ports and in the airport.

“For some time, developments have been moving in the direction of a serious security policy crisis in Europe, and it has accelerated in recent months,” Hallin said. “It is an illusion that tensions in Europe would be temporary.”

She said Russia’s “main objectives are regime stability and strengthening its position as a major power. Preventing NATO enlargement in the vicinity of Russia is a top priority — and this is being looked at very long-term.”