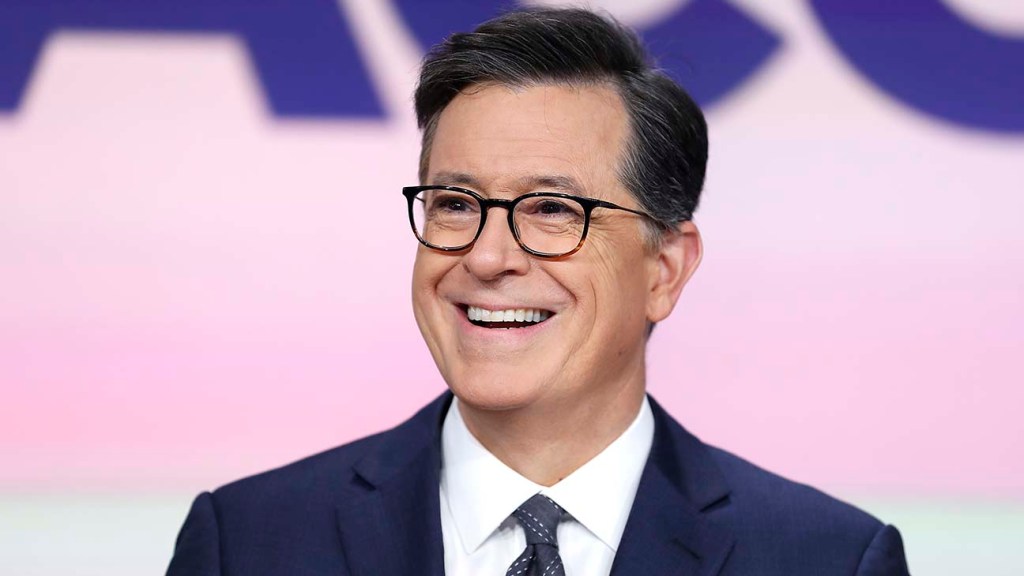 Stephen Colbert wished farewell to his showrunner Chris Licht, who has officially been tapped to replace Jeff Zucker as chairman and CEO of CNN Global.

“Our own Chris Licht, right over there at that podium, is leaving this show to take over CNN,” began Colbert on The Late Show, using the moment to drop his first joke: “I trained the next president of CNN, so I believe legally CNN now stands for the Colbert News Network.”

As Licht stood by in the studio, Colbert launched into a heartfelt — and of course comedic — send off. “We’re going to miss all sorts of things about Chris, Chris we’re going to miss your fleece vests, your strange loyalty to the folks at Untuckit [the show cut to photos of Licht with his shirt untucked], we’ll miss your stories of how many billionaires you know, and I personally will miss the frantic, flailing hand gestures when I go 38 minutes with Neil DeGrasse Tyson or even mention The Lord of the Rings.”

The veteran producer, whose background also includes developing and producing CBS This Morning and helping to create MSNBC’s Morning Joe franchise, is expected to start his new role in May after the Discovery-WarnerMedia merger is completed. Zucker resigned from his position at CNN on Feb. 2.

Striking a serious note on Monday’s show, Colbert noted that he will miss Licht’s “tenacity in the face of opposition,” describing that Licht would do everything from go to bat with a network or insist the staff order meatballs for lunch.

The late night further host joked that Licht was a “stickler for the rules” and would say to staff at parties: “Have a good time, not a great time.” Colbert added: “But he’s leaving, so screw it. This Christmas, I’m inaugurating the Chris Licht commemorative beer flume.”

Colbert shared that he met Licht six years ago and knew he was right for the job at The Late Show [he served as executive vp special programming and executive producer]. “But, and this is true, I wasn’t sure whether I would like him,” the host admitted. “If we would become friends. Cause we’re all show folk here. And Chris is not, but I could tell he was right for the job because even though he came after some pretty prominent positions already … he arrived knowing what he didn’t know, which was anything about comedy or show business, so he approached the job with a level of humility that is rare in executives.”

He continued, “But here’s the thing. There are bosses, and then there are leaders. Bosses tell you what to do. Leaders work as hard as you do to do what needs to be done. And that’s what you did. And that is why he earned the respect of all of us here who live in the clown car. We showed him what we really wanted to do, which is the show that we do now, and he immediately started creating the lines of communication, the lanes of responsibility and the respectful workplace that makes creative ambition at this speed possible, and I’m happy that CNN will now benefit from all of his wisdom.”

View the whole segment below.

We’re saying farewell to our showrunner Chris Licht and welcome back to Shriekin’ Joe! #LSSC pic.twitter.com/aLB6XBHwoD