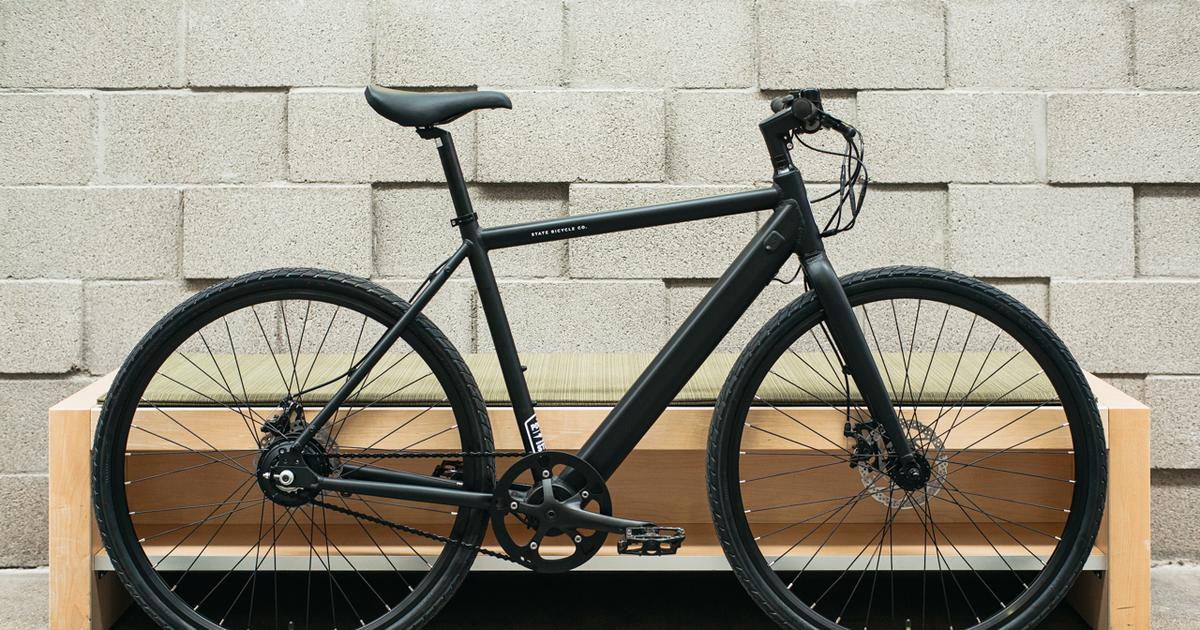 Ebikes have grown much sleeker and less conspicuous over the years, but many still arrive looking like the unfortunate spawn of motorcycles and Hollywood sci-fi fantasy machines. Sometimes you just need a little e-boost without all the bulk, weight, excessive power and overstyling. Arizona-based fixed-gear specialist State Bicycle Co has entered the electric market to offer just that: a simple, affordable electric bike that looks and rides much like a traditional urban commuter but with a bit of battery-powered pep. The matte black-out look only adds to the bike’s understated appeal.

State Bicycle Co got its start amidst the fixie fever of the late 00’s, specializing in fixed-gear bicycles built for pavement. It’s since expanded into other bicycle segments and geared drivetrains, and the new 6061 eBike Commuter unveiled today marks its entry into electrics.

Much like it did with its original fixies, State has kept things simple in designing an electric bike, relying on a single-speed layout and 36-V 250-W rear hub motor. The 360-Wh LG lithium battery is integrated neatly into the down tube, supplying enough power for up to 100 miles (161 km) of range when keeping the pedal-assist at level 1, or between 18 and 24 miles (29 to 39 km) when dialing up to level 5. A charge takes roughly 3.5 hours, and though it doesn’t look like it, State Bicycle tells us that the battery is removable for easier, more flexible charging.

The 6061 eBike’s down tube is a bit chubbier than its neighbors owing to the battery inside, but State has kept its electric bike quite stealthy otherwise. It adds to that stealthiness with the black-out treatment on the debut model, pairing matte black paint with black rims and components. Contrasting parts are few and far between and include the glow of the integrated display and the silver of the brake rotors. Like other State bikes, the 6061 eBike is highly customizable, so buyers who want to add a bit of flair can choose from a variety of pedal and water bottle cage colors.

The 6061 eBike Commuter weighs in at 38.8 lb (17.6 kg) for a medium size and carries up to 330 lb (150 kg). It’s not quite an ultralight sub-30-lber, but it has a nice, manageable weight to go along with its simple, inconspicuous design. Similarly, the US$1,499 price tag isn’t the lowest on the market, but it’s more affordable than many an ebike (and regular bike, too). State plans to begin deliveries by the end of the month.