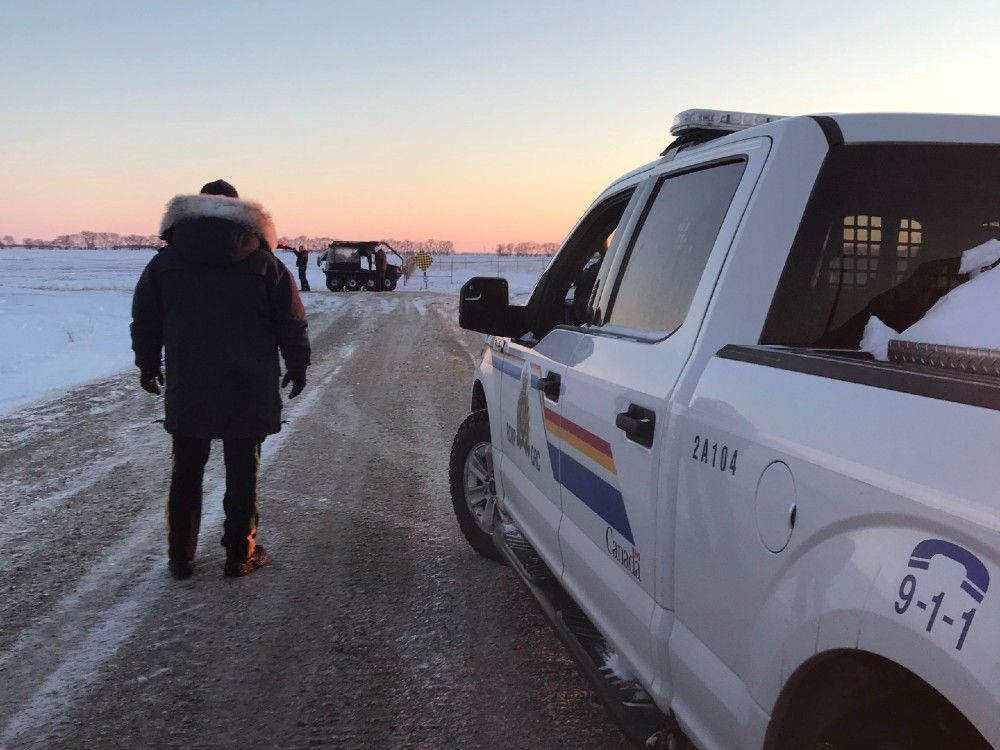 WINNIPEG — Mounties in Manitoba say they have found the bodies of four people—including an infant and a teen—near the United States border. They say the four died from exposure during a blizzard and freezing temperatures.

RCMP say U.S. authorities first notified them about a group that had crossed into the U.S. from near Emerson, Manitoba.

The group was said to have had items for an infant but there was no baby.

“There was three found together—adult male, adult female and the infant child—and then a distance away there was the fourth, which we believe is probably a teenage male,” Assistant Commissioner Jane MacLatchy told a news conference Thursday.

One of the adults had items meant for an infant but that no infant was with the group. A search was immediately launched on both sides of the border. #rcmpmb officers located four deceased individuals approx. 12 metres from the Canada/US border. pic.twitter.com/NCa8jaDBHn

Police said the bodies were discovered on the Canadian side of the border about 10 kilometres east of Emerson.

A search for any possible survivors or additional victims continued Wednesday night and officers were continuing to patrol the area Thursday, police said, but no one else had been found.

“It’s very difficult terrain,” said MacLatchy. “When they originally started the search, they realized very quickly that the snow was very deep, drifted in spots.

“They needed all-terrain vehicles, snowmobiles, those sorts of things. Because of the winter conditions right now, it’s virtually impassable.”

Police said people should not attempt to cross the border outside a checkpoint, in either direction, because it can be deadly.

The RCMP said it is working with U.S. Customs and Border Protection and the U.S. Department of Homeland Security.

This report by The Canadian Press was first published Jan. 20, 2022.